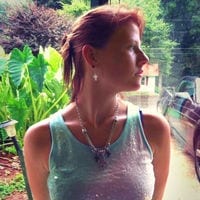 Chief Superior Court Judge Kathlene F. Gosselin called a halt to the hearing and moved to Dawson County. No date or time has been set.

“I believe this needs to happen in the courtroom in Dawson County,” she said. “I do not feel like it is working to do it like this, particularly when you are asking me to accept this kind of plea bargain.”

Reid and Huff along with Austin Stryker and Jerry Harper plead not guilty in Mar. 2019 to charges of  taking part in the crime and helping conceal Bender’s death. They were indicted on three counts of felony murder, three counts of aggravated assault, one count of aggravated battery and concealing the death of another and violation of Georgia’s Street Gang Terrorism and Prevention Act.

Ms. Bender was 21-years old when she disappeared from her home in Lumpkin County. Her body was found one week later in Forsyth County.