DAWSON COUNTY, Ga. – One of the most important elections that will take place May 19 is the race for 9th District State Representative. The Ninth District includes all of Lumpkin County, the majority of Dawson County and a portion of Forsyth County. Meet the candidates: 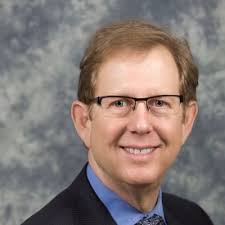 Steve is a successful attorney, small business owner, entrepreneur and conservative Republican who is extremely plugged into the 9th District. He was a Trump delegate at the 2016 Georgia State Convention and he has served on the boards of Foothills Community Bank, Legacy Link and the Board of Governors for the State Bar of Georgia. He is also the personal attorney for Lumpkin County Sheriff Stacy Jarrard and the Forsyth County Sheriff’s Office. He has been a federal trial lawyer, municipal court judge and a peace officer. He was instrumental in helping to shut down the troubled Chestatee Hospital which is now being replaced by a new North Georgia Health System at the intersection of Ga. 400 and Hwy. 60. He is endorsed by former Dawson County Sheriff Billy Carlisle and former Dawsonville Mayor James Grogan.

Doug is a pastor, an educator, lecturer, small business owner, surveyor and former member of the Lumpkin County Board of Commissioners who said he will bring his conservative values to the Gold Dome. He is pro-life and pro-Second Amendment Republican who will work to lower taxes and ensure economic stability. As an educator, Doug says it is important to keep government bureaucracy out of the classroom and protect local control of schools. As a small business owner, he understands the importance of removing barriers to growth so job opportunities will exist for generations to come. “As a proud Republican, I will represent our shared conservative values and serve as a true voice of the people to deliver the results we deserve,” Sherrill said.

A former chairman of the Dawson County Republican Party, Clint served in the Georgia House of Representatives for eight years. He was consistently endorsed by Georgia Right to Life and the National Rifle Association. He also received 100 percent scores from the Christian Coalition and the National Federation of Independent Business. Support for job growth, small business, local control of education and agriculture will be among his top priorities if elected. He said he also supports current legislation to create a safer environment for citizens who live in assisted living, personal care, and nursing homes by substantially toughening state oversight. Clint is a veteran after 32 years in the Air National Guard. He attends First Redeemer Church in Cumming and has pledge never to allow the leftists, politically correct agenda to impede upon our conservative north Georgia values.

Tyler is an American patriot. A former U.S. Marine, Army Airborne Ranger and special ops team member who served in Afghanistan, Iraq, Africa and the Mediterranean. All together he spent 52 months in combat zones during his military career. “It’s fair to say I am a warfighter,” Tolin said. Our Founding Fathers created the Constitution to limit the power of government and give the power to the people. But politicians have used and abused the system. They have done nothing but enrich themselves, set rules for us to live by, but refused to live by them themselves. I pledge to you today that if you will elect me you will have a fighter in the General Assembly. I am not a go-along-to-get-along kind of guy. I will fight for you just as hard as I fought for this great nation. I will defend the Second Amendment, work to cut taxes, support pro-life issues and bring God back to the forefront of American life.”

Zack’s campaign message is “Defending the Conservative Way of Life.” An attorney, he is heavily vested public service to the community. He serves as Governmental Affairs Chairman for the Dahlonega Lumpkin County Chamber of Commerce. He is also a member of the Medical Center Foundation Board for Northeast Georgia Health Systems and board director for the South Enotah Child Advocacy Center. He cut his teeth on conservative causes, starting in college as Vice President of College Republicans and continuing during an internship in Washington D.C for former Georgia Congressman Nathan Deal. He is a graduate of the Zell Miller Foundation for better public policy. He has published and extensive list of policy positions on his website at tumlinforgeorgia.com. He said one of his top priorities will be to route fines and fees collected in traffic court to local treasuries to supplement law enforcement and first responder pay.

Will is a community banker who has served on the Dawson County Board of Education for 15 years and currently serves as Chairman. He is a native of Dawson County, a graduate of Dawson County High School and the University of North Georgia who earned his master’s degree while working as a bank teller. Will led Dawson County to become one of the first system-wide charter school systems in Georgia, expanding school choice because he knows parents and students know better than the government what is best for them. Will said he knows what it takes for people to succeed and that has led him to enter the race for state representative. If elected, he said he will dismantle Common Core, expand technical training, keep education local defend religious liberties, the right to life and the Second Amendment.