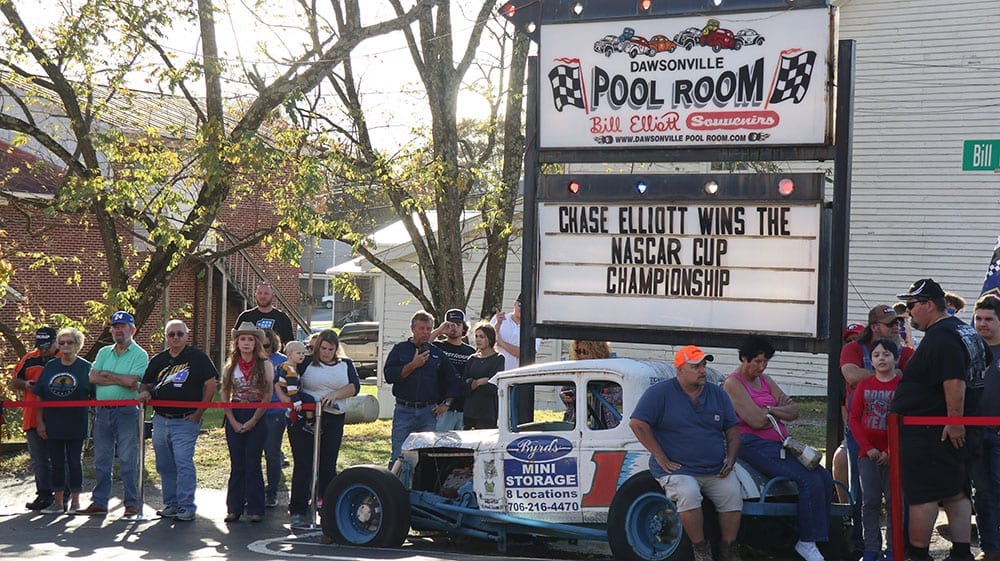 Chase Elliot arrived in his hometown of Dawsonville to celebrate his NASCAR Cup Series. It was just yesterday that Chase earned his first championship cup win. 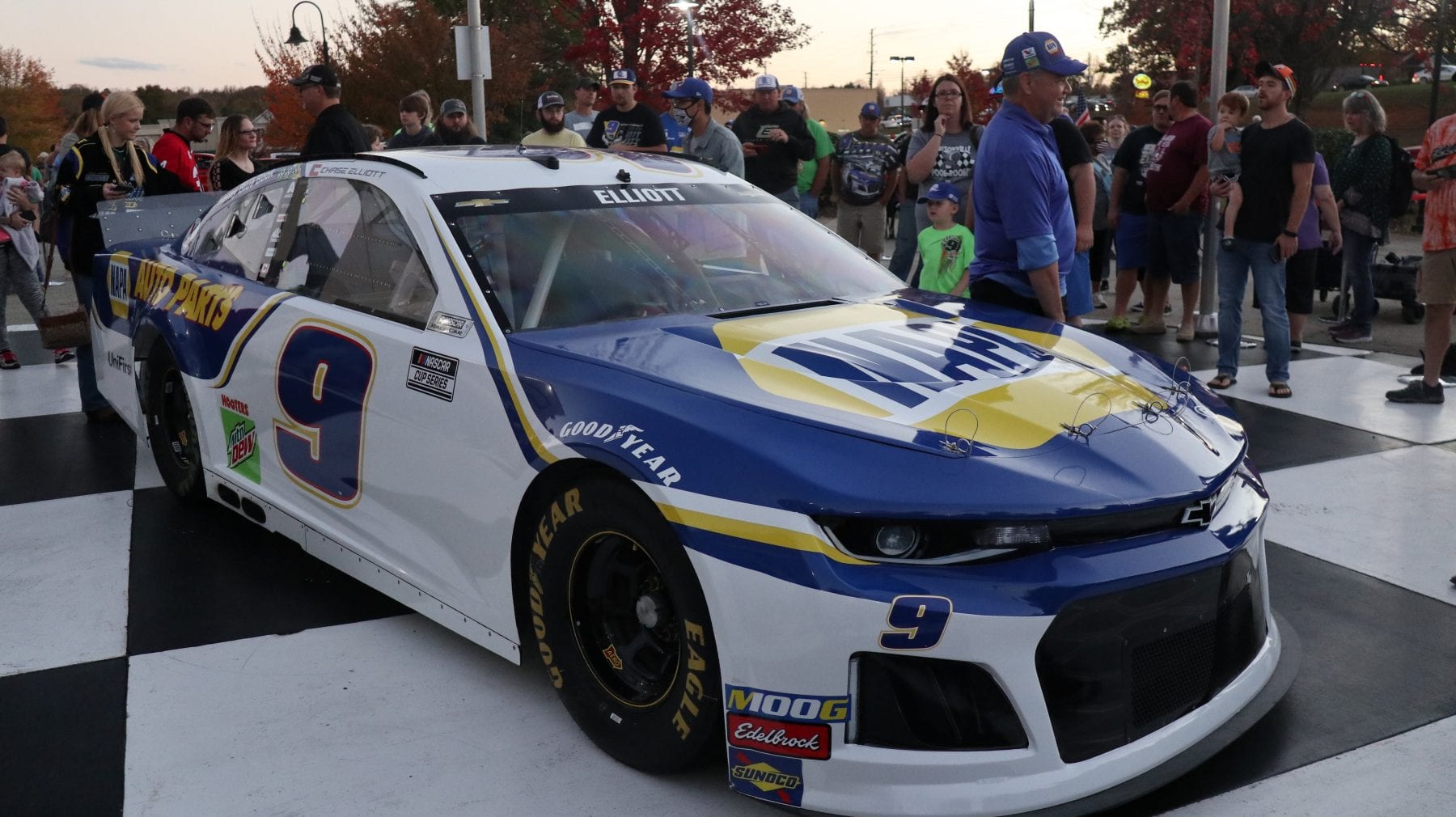 Chase is currently known as NASCAR’s most popular driver – a very cool thing to share, Chase said. Since it is Chase’s first championship, it means a lot to him as well as the town of Dawsonville.

“There’s no other driver that would come home to a situation like this,” Chase said. “This community is so supportive of what we do. I really respect the racing history in our family…what else could you ask for? I’m honored, humbled and glad to be home.”

Chase’s father – Bill Elliot ­­– has continued the legacy, with Bill also being a championship winner. Chase is the third-youngest Cup Series champion alongside Bill Rexford in 1950 and Jeff Gordon in 1995.

Michael Garrett, family member of the Dawsonville Pool Room was excited to have Chase back in his hometown to celebrate, as did the other residents.

“I don’t know how many hometowns have a parade the day after they have somebody win a championship,” Garrett said. “This is unreal for the community and for us as a whole; especially for us and the Pool Room.”

Dawsonville has a lot of NASCAR roots, much more than the Elliot family, and Garrett said it is simply ‘neat’ to have such history in Dawsonville as well as carrying it through the Pool Room.

Chase owes it to his parents and said he is grateful they could share that special moment with him – especially following in his father’s footsteps.

“It’s not an everyday thing. That’s not a once in a lifetime that might be once in 50 lifetimes,” Chase said. “It’s a very emotional moment and to see where this racing journey started…I am grateful for all of their hard work.”