Home / Murray County Board of Education 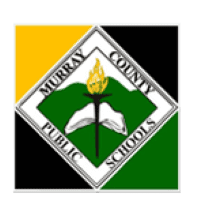 The Murray County Board of Education passed a spending resolution in order to keep the school system operating in the absence of a budget.

Steve Loughridge, Superintendent of Murray County Schools, said it has been about eight years since the system had to do a spending resolution, which allows  allows the system to spend 1/12 of the previous year’s budget in times when a budget cannot be passed. A new spending resolution is required for every month no formal budget is passed.

Loughridge said they have worked on the budget, which is about 60-percent complete, but they are needing information from the Georgia State Legislature about funding before they can complete the process.

“The state is telling us to expect an 11-percent cut, which is better than a 14-percent cut,” said Loughridge, but added until they know if the cut is “across the board” which would include several funding sources like equalization, or a specific funding source, he doesn’t know what the impact will look like.

Eleven-percent, regardless would mean millions. If it’s from all funding sources, the total could be around $6.75 million.

Although he hopes to have the information needed and budget complete by the July board meeting on July 7, the board, if it doesn’t happen, the board will have to pass another spending resolution for August.

Murray County High School offers a community cannery, which the school system is working to find guidelines on how to offer services later this summer.

Not having all the budget numbers doesn’t mean some numbers can’t be submitted. Legally, departments such as Career, Technical, and Agricultural Education or CTAE and school nutrition have to have their proposed budgets approved by the board by July 1. CTAE proposed $269,000 for the cannery, agriculture other technical programs. The budget has remained unchanged for years, according to Danny Dunn, director of CTAE.

“We often come in under budget, but pad it in case of an emergency expense,” said Dunn, who added left over funds return to the general fund at the end of the fiscal year.

In other board news, the board:

Murray County Board of Education