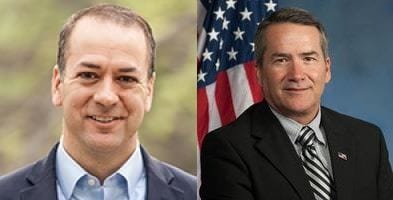 Rumblings of Hice’s run began last week, and FYN previously informed the public to expect a statement from the Congressman. 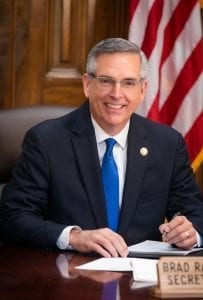 In his press release, Hice called out Raffensperger for his “inaction” and creating “cracks in the integrity of our elections.”

“Free and fair elections are the foundation of our country. What Brad Raffensperger did was create cracks in the integrity of our elections, which I wholeheartedly believe individuals took advantage of in 2020. Though I am encouraged to see the General Assembly taking it upon themselves to address some of the glaring issues in our elections, Georgia deserves a Secretary of State who will own the responsibilities of the office. If elected, I will instill confidence in our election process by upholding the Georgia Constitution, enforcing meaningful reform and aggressively pursuing those who commit voter fraud.

Every Georgian, in fact every American, has the right to be outraged by the actions and, simultaneously, the inaction of our Secretary of State. Our state deserves a leader who steers clear of scandals and focuses on the incredibly important duties of the office. If elected, my top priority will be ensuring every Georgian’s legally cast ballot is counted in future elections. I am excited about our campaign and I know together we can renew integrity!” Hice said in a press release.

As for Belle Isle, he previously came in second in the Secretary of State primary. The former Alpharetta Mayor and attorney hopes to “fix the mess at the ballot box and restore voter confidence in Georgia.” He announced his campaign over the weekend.

“I am running for Secretary of State to clean up the mess, secure the mail-in ballot, and restore voter confidence,” said Belle Isle. “​In the recent elections, we witnessed voter suppression on a massive scale, triggered by voter uncertainty and made worse by the Secretary’s poor decisions, carelessness, and failure to lead. In the Senate runoff, thousands of Georgia voters chose to stay home rather than condone a process that appeared uninterested in the difference between valid votes and invalid votes. Raffensperger single-handedly bargained away our election integrity and skewered the credibility of our mail-in ballots,” Belle Isle continued. “Then, he looked us in the eye and told us that the 2020 election was the safest, most secure election in our history. It was not, and it’s time to hold the Secretary of State accountable.”

David points to the Compromise Settlement Agreement signed by Raffensperger and Stacy Abrams as the biggest obstacle to voter confidence and election integrity in Georgia. “The Compromise makes it very difficult for counties to reject invalid mail-in ballots, which likely resulted in thousands of invalid ballots being fully counted,” stated David. “The integrity of our State depends on the integrity of our elections. As Georgia’s next Secretary of State, I will reject the Compromise Settlement Agreement and work to better secure the mail-in ballot process. I will work to clean up the voter rolls and call for a true independent audit of Dominion. Most importantly, I will put fresh eyes on our entire election system, from top to bottom, with the goal of delivering to the people of Georgia fair and provable elections.”

Georgia has been the focus of national attention during the election process, and David believes there is a unique opportunity to demonstrate how common-sense conservatism can solve a state’s problems. “However,” he points out, “It won’t be easy. Conservatives are under attack. We are being banned, censored, and cancelled. Georgians know that our shared conservative values are at the heart of our State’s success. The way we lead and the policies we have championed have attracted new businesses and lured new citizens to our State. Yet, there is national pressure on our citizens to vote against the very principles that got us here.”

As we face our next election cycle, David knows that Republicans are seeking to support the right leaders who will help Georgians flourish. “Before those leaders can be successful however,” David emphasized, “we must fix the mess at the ballot box and restore voter confidence in Georgia.”