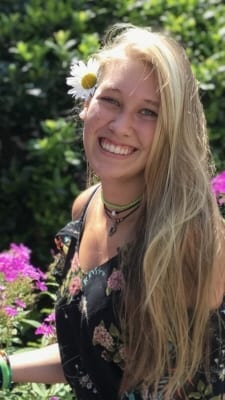 The piece of legislation commemorates the life of Sydnie Jones who tragically lost her life following a car accident at the State Routes Hwy. 515 and Hwy. 325 intersection.

Sydnie was born on May 3, 2001, in Blue Ridge, Ga, and was the daughter of Anthony and Melinda Jones. She was a sister to Connor and Andrew. She graduated from Fannin County High School and played on the soccer and volleyball teams. Sydnie attended The Ridge Community Church and actively participated in the First Baptist of Blue Ridge youth group.

She enjoyed watching the sunset from her home, finding thrift store scores, and expressing herself through fashion.

“A compassionate and generous young woman, Ms. Jones will long be remembered for her love of family and friendship, and this loyal daughter, granddaughter, and friend will be missed by all who had the great fortune of knowing her,” the resolution reads.

Hwy. 515 and Hwy. 325 in Union County will be dedicated as the Sydnie Grace Jones Memorial Intersection. The Department of Transportation is assigned with erecting and maintaining the appropriate signs.

The resolution was sponsored in the House by State Rep. Stan Gunter (R – 8) and Speaker of the House David Ralston (R – 7) and in the Senate by Steve Gooch (R – 51).