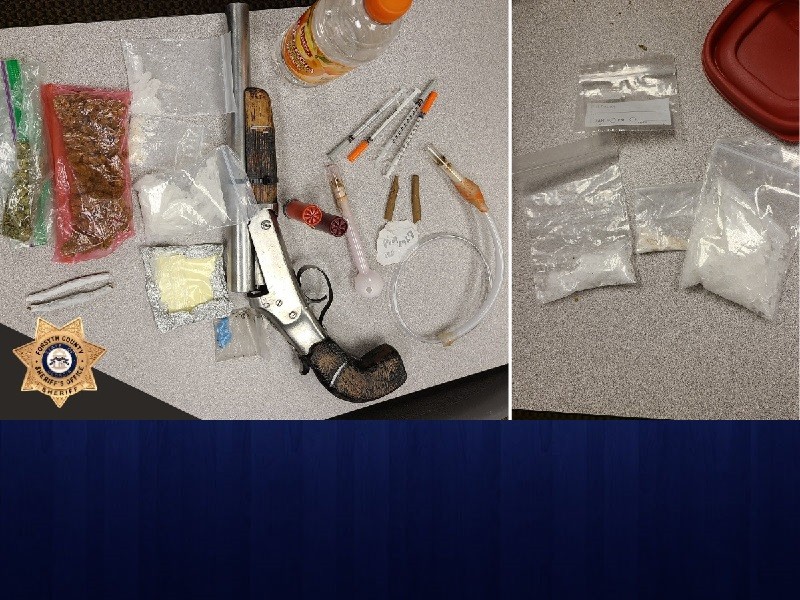 Detectives spotted the suspect, Levi Brown, 27, of Dawsonville leaving the home, carrying a large backpack. When they tried to approach him, he dropped the backpack and ran but was quickly apprehended.

The backpack contained approximately 40 grams of methamphetamine, 92 LSD tabs, 15 ounces of GHB, 20 grams of marijuana, 3 amphetamine pills, as well as a sawed-off shotgun.

After Brown was taken into custody, detectives obtained a search warrant for the home where an additional large quantity of methamphetamine was found along with various drug paraphernalia and counterfeit US currency.

Those individuals face the following charges: