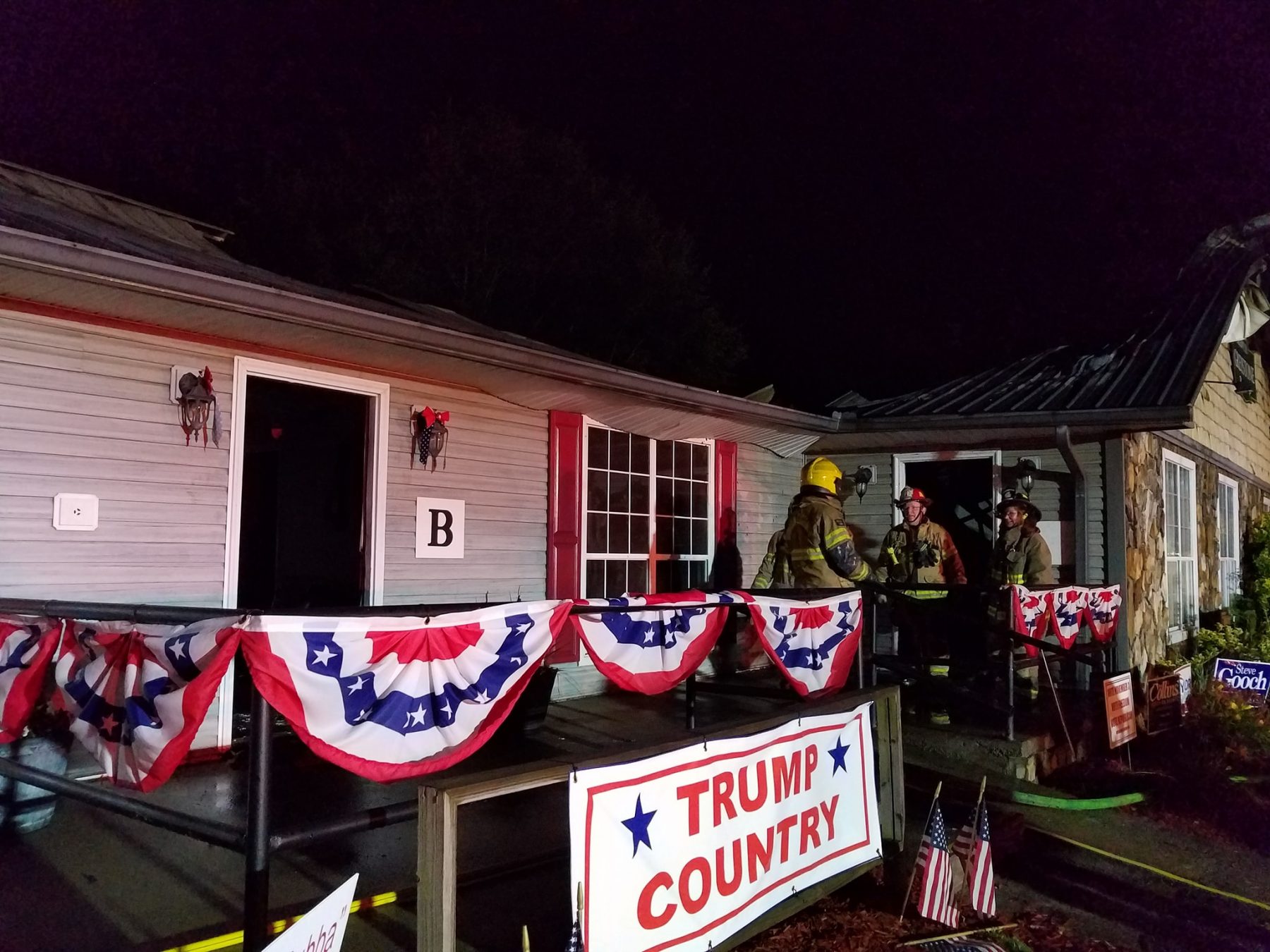 BLAIRSVILLE, Ga – The Georgia Office of Insurance and Safety Fire Commissioner investigators are looking into the evening fire at the Greystone Building off Hwy. 515.

UPDATE September 29: As of 12:30 p.m., the Union County GOP announced that the fire appeared to be accidental. The group’s headquarters was inside the Greystone Building.

“We are saddened to report that last evening the Union County GOP headquarters in Blairsville was destroyed by fire. The fire appears to be accidental in nature and no foul play is suspected. We are grateful that no one was injured and are thankful for all those individuals who helped to extinguish the fire quickly. Special thanks to the Union County Fire Department and Fire Chief David Dyer for their professionalism and for exemplifying their motto of “Our Family Protecting Your Family.” Their swift actions last evening helped not only the Union County GOP but the other two businesses that were also affected. We also want to say thank you to the many volunteers, Union County GOP Executive Board and Chairman Dena Gooch, who have helped to salvage items and ensure that the work of the Party moves forward during these last critical 34 days as we work to re-elect President Trump.”

The local GOP posted the following on their Facebook page:

“So sorry to report that our Headquarters was severely damaged by fire tonight. We hope to retrieve some of our items tomorrow. But we will be looking for another location. Please let us know if you know of a place.  AND thanks to all the Union County firefighters who were able to extinguish the fire quickly.”

The group had just moved into the building in August to prepare for the upcoming general election.