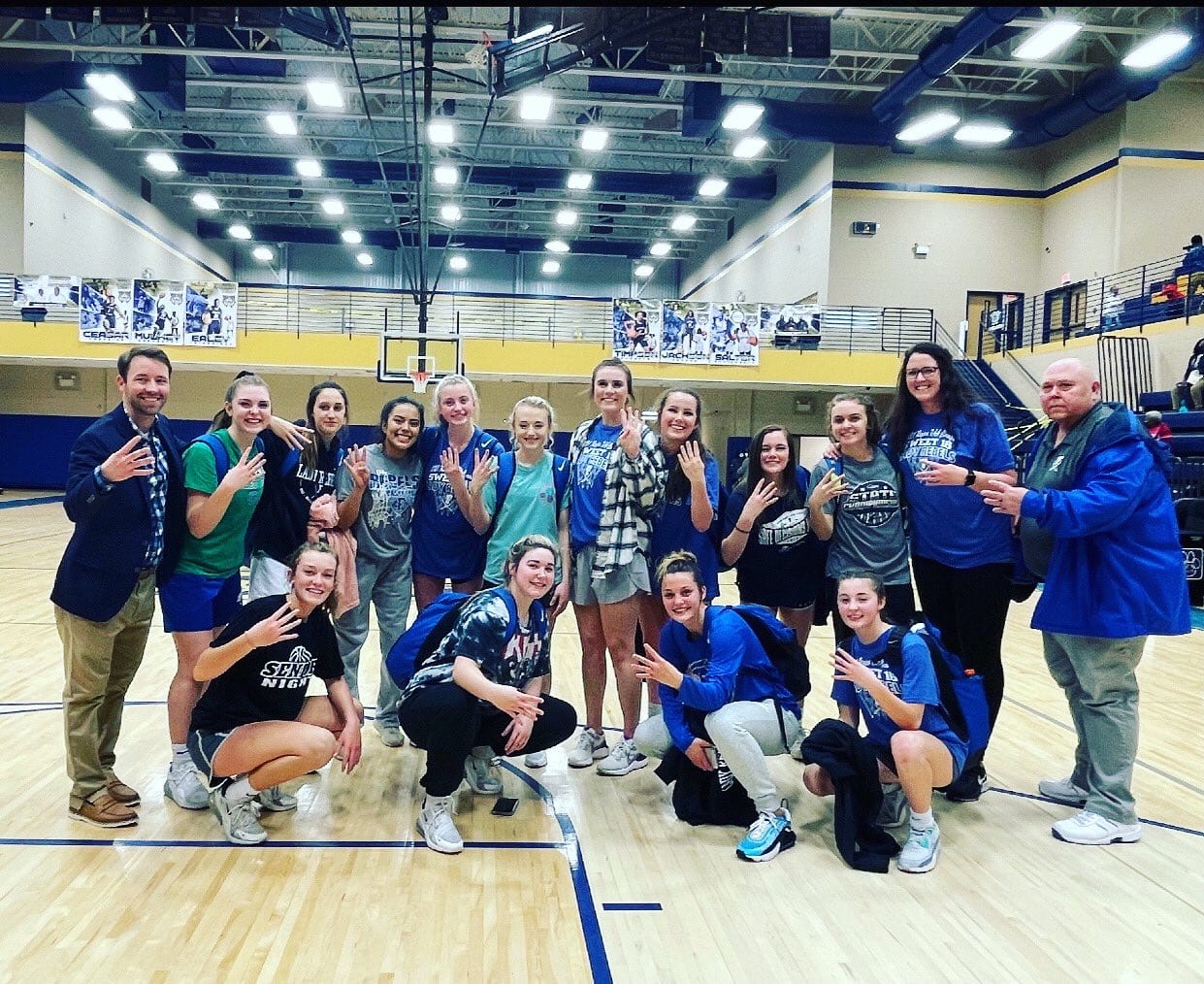 Fannin County entered the Tommy Whitehurst Gymnasium in Early County at 20-4 and Region 7AA Champions and riding a 15 Game Winning Streak, defeating Lovett 65-47 in the 1st Round and Heard County in the sweet 16 54-46.

The Lady Rebels had their 1st 2 Playoff Games at home but traveled 327 miles to the Elite 8 in Early County.

Early County entered the contest ranked #1 in the state and undefeated at 16-0.  Early County was led by AJC All State Player and ESPN # 48 Player in the Country, Makayla Timpson. Timpson, listed at 6″3, is committed to Florida State and was coming off a 42 point performance in the sweet 16 vs Swainsboro.

At the end of the 1st half, Early County had the lead 35-24.  Courtney Davis, Becca Ledford, Prisila Bautista, Abby Ledford, Natalie Thomas, Mackenzie Johnson, Regan York and Olivia Sisson all scored in the 1st half for Fannin.

The 3rd Quarter for Fannin County was one to remember for Fannin. The Lady Rebels outscored the Bobcats 21-8.  Olivia Sisson, Regan York,  Paige Foresman and the rest of Lady Rebels provided great defense on the 6″3 Timpson and the rest of the Bobcats. Becca Ledford would add a bucket at the buzzer to give the Lady Rebels the 45-43 lead heading into the 4th. Worth noting that Oliva Sisson, Paige Foresman and Mackenzie Johnson played great defense all night. A true team effort from this whole team.

The 4th Quarter the Rebels would also add 21 points. Natalie Thomas started the 4th  quarter with a huge 3 point shot, followed by another 3 pointer by Abby Ledford. Regan York added a bucket to extend the lead to 53-45. York would come up with a steal and find Thomas in corner for another 3 point bucket. Becca Ledford forced another turnover a few possessions later and found Natalie Thomas again for 3 for Natalie’s 9th point of the quarter. Courtney Davis would add 2 points and Regan York would also add 2 to extend the lead 63-53 with 2:22 left in the 4th.

Early County would cut the lead and only trail by 6. Courtney Davis would drive the lane and Makayla Timpson would pick up her 5th foul. Davis would add a free throw with 1:18 left in the 4th to extend the lead 64-57.

Regan York would score the final 2 points of the game for Fannin. Early County would also add 2 points but time ran out. Fannin County wins 66-64

Fannin County defeated #1 Early County 66-64. Fannin is back in the Final 4 for the first time since 2004. The celebration was one to remember as long time Fannin County Fan Donald Shockley who has attend over 400 straight games was one of the first to greet Coach Ryan Chastain and the Lady Rebels. Former Head Coach and Hall Of Famer Johnny Farmer was also in attendance and later greeted the team.

The game is set for 5pm in Blue Ridge.