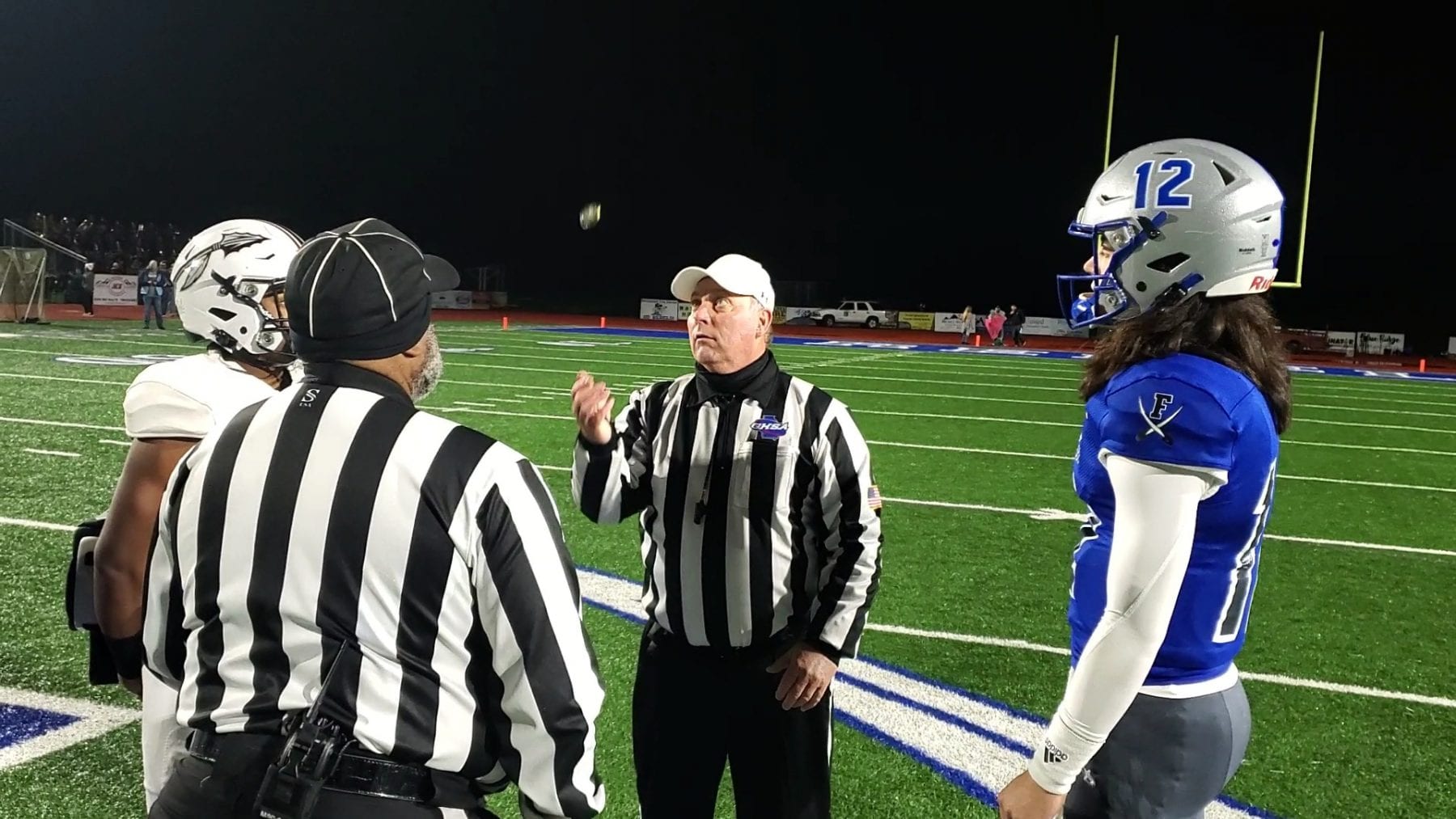 Blue Ridge, Ga- The Fannin County Rebels played in a Sweet 16, second round state playoff game Friday night for the first time since 1995.

They played host to the Region 5 number 2 seed Heard County Braves. The Braves came into the contest boasting an 8-4 record. Two of their losses came against bigger schools in Cedartown and Central. One came in overtime against Temple, and the other in their last regular season game against number 8 AJC ranked Callaway.

The Braves also have one of the best defensive players in the state of Georgia at the Linebacker position. Chief Borders is a 6-foot-4, 240 pound, University of Florida commit that some thought would help the Braves shut down the Rebels offense.

That was not the case.

The Rebels were able to best the Braves, 21-14 and advance to the quarterfinals next week. The Rebels will host the Fitzgerald Purple Hurricanes in a battle of unbeatens next Friday night in Blue Ridge.

Game Notes- Junior do-it-all athlete Seth Reece had a huge night once again for the Rebels scoring 2 touchdowns, including a 48 yard game winner. 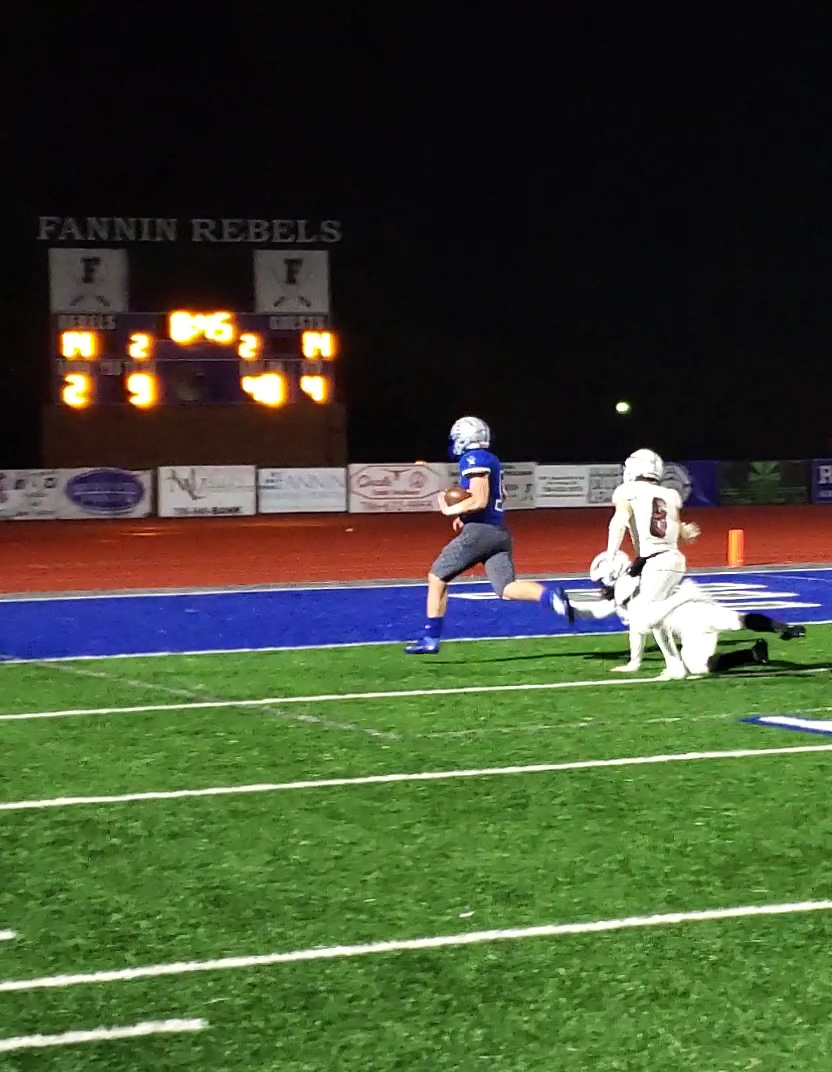 Seth Reece scampers into the endzone for the game winning TD

-Senior Quarterback Luke Holloway was able to find Andre Bivens in the third quarter to tie the game up at 14 all. 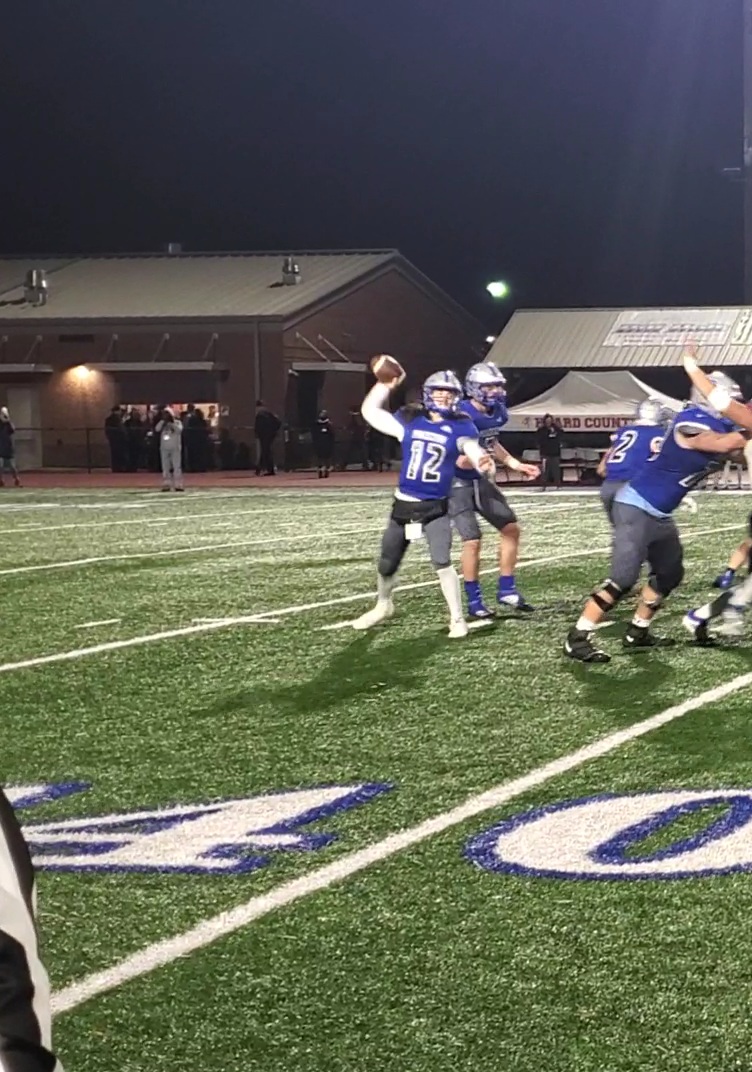 Luke Holloway fires off a pass

-The Rebels were plagued with a few injuries Friday night, which is why we didn’t get to see a lot of number 4 Cohutta Hyde on the field. Cohutta not being on the field meant that Carson Collis and Andrew Bivens were going to see a lot of action, and boy did they come through big for the Rebels when their team needed them to. A couple of big pass breakups and deflections by both of those guys forced Heard County into some long third down situations and ultimately won the football game for Fannin. 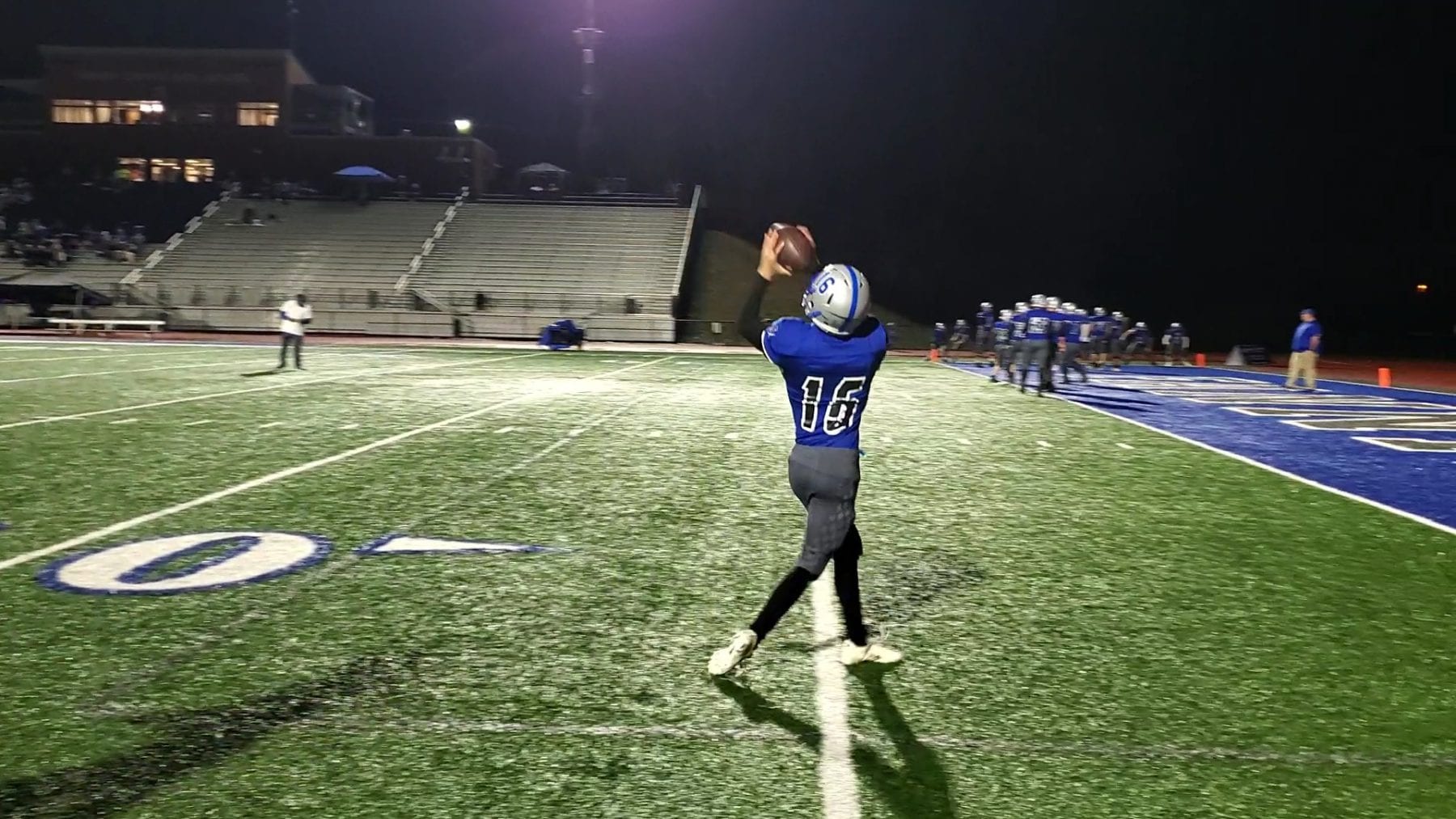 -Cason Owensby and the entire Rebel D stopped the Braves at the 20 yard line on their last drive of the game and sealed the deal, allowing Fannin to come away with the victory in regulation. 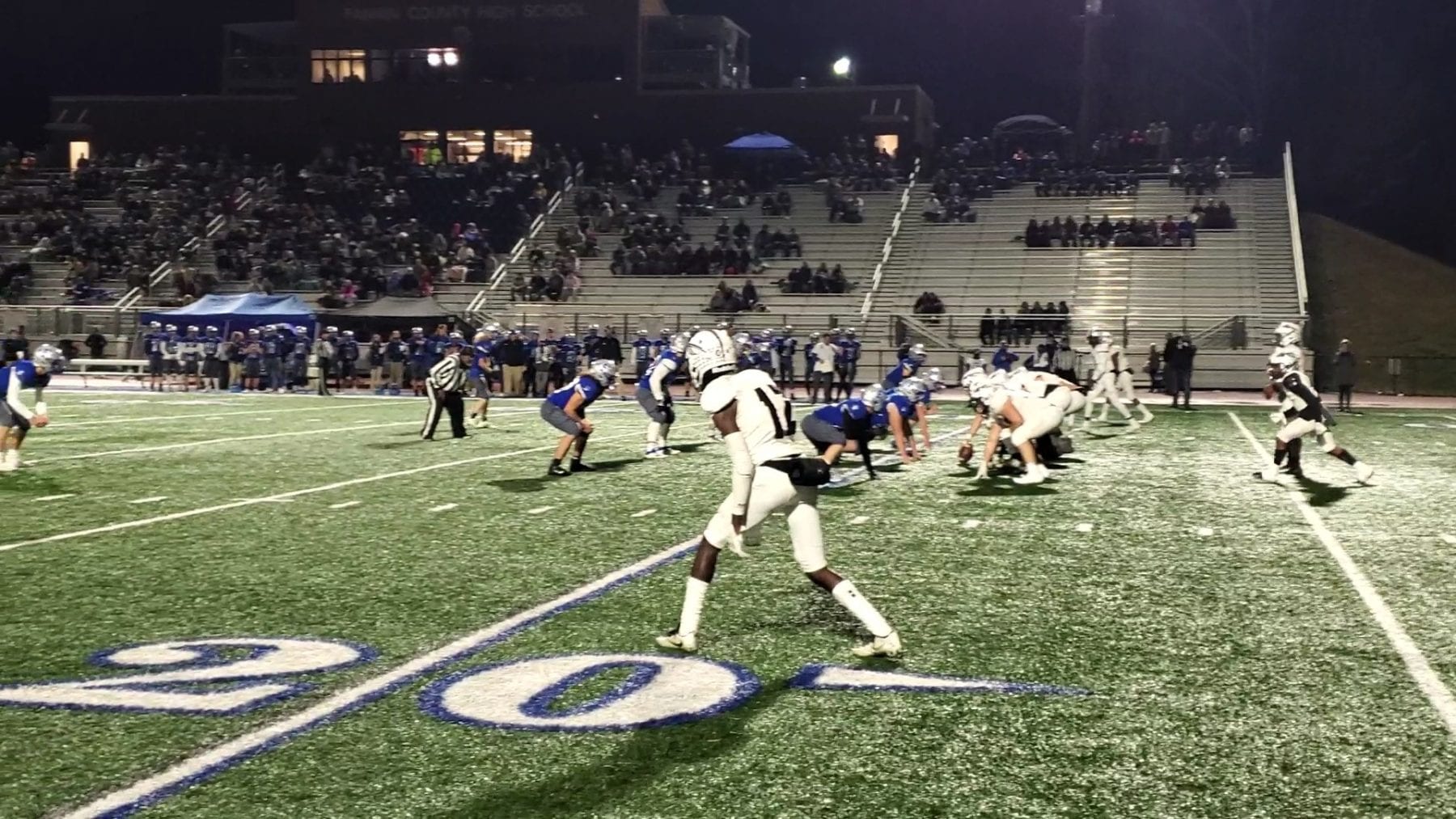 -Jalen Ingram had a pretty good night receiving, but he made arguably his biggest impact punting the football. Luke Holloway has been the Rebels punter all year, but because of some nagging injuries Ingram took over and did an amazing job. He flipped the field more than a few times for the Rebs. 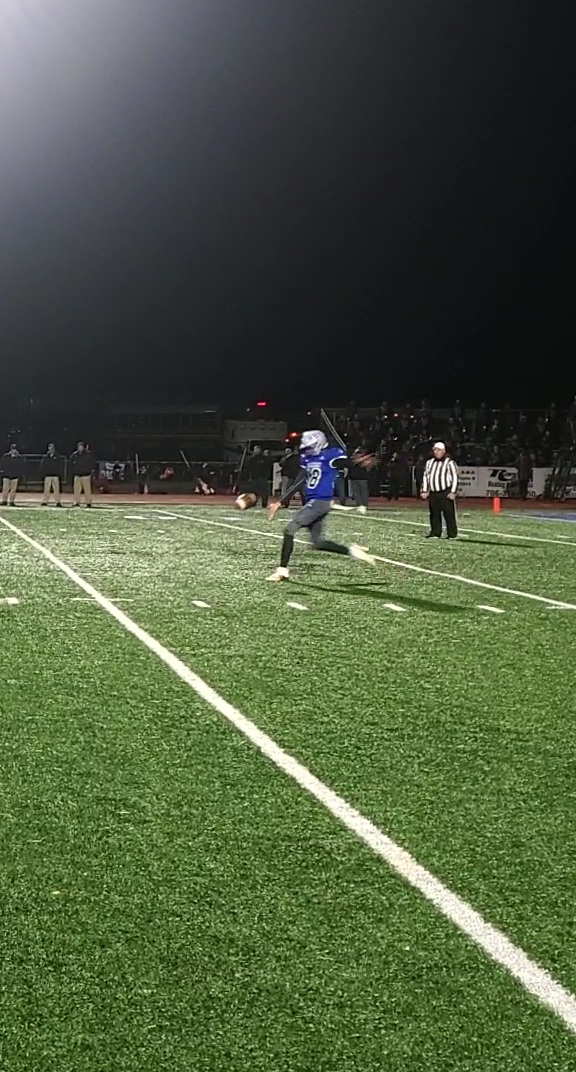 Ingram punts the ball away

#TeamFYNsports invites all Rebel fans and surrounding area football fans to show up and show out next Friday night in Fannin County! It will be a huge game for the Rebels as the undefeated, Number 1 ranked Fitzgerald Purple Hurricanes come to town!