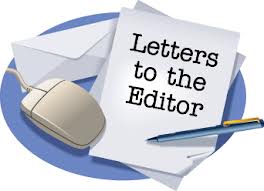 On a routine visit to a Soviet Collective Potato Farm, a communist party official demanded of one of the peasants in the field: “How was the crop this year?”

“Oh, we had a fantastic harvest: many, many potatoes.  So many potatoes, in fact, that if you piled them up in the sky, they would reach the foot of God!”

The, commissar screamed, “There is no god, comrade.” To which the peasant retorted, “There aren’t any potatoes either.”

With just a few words, from a story that’s as old as Methuselah, the lies, deceit, and unbelief of socialism\communism are understood. The majority of people living in nations run with this form of government are aware the battle against communism\socialism is a moral one that institutionalizes immoral behavior. So, how close is America of being ruled by this form of governing? Are there warning signs? How aware are voters of where we are today? Do they understand the difference in the way countries govern? Are there examples to compare to?

Mainland China has, arguably, a greater abundance of natural resources than any other country on earth. The nations of Hong Kong, Taiwan, and Singapore’s people are descendants of Confucian tradition. They are studious, ambitious, thrifty, and family centered. The people of Mainland China, with all its abundance, lag behind the people of Taiwan and Hong Kong by greater than 50 times per capita income. Taiwan and Hong Kong enjoy political stability, private owned economic businesses, secure property rights, the rule of law, and individual freedom. People living in Mainland China are peasants of the state.

One hundred years ago Guglielmo Ferrero warned of things to come when he wrote a book titled Speeches to the Deaf. He wrote:” The ancient refuges of the individual against the power of the state…  [have been] raised to the ground…  The individual suddenly [finds] himself alone confronting the state…  Little by little, states become monstrous and all–powerful divinities.  They force people to study, to work, to fight.  They no longer let them sleep, they grind them down and fleece them mercilessly, in the name of… socialism, of the people, of the proletariat.”

In September of 1991 communist hard-liners attempted a coup to take back control of the new Russian Republic. Their coup failed and newly and democratically elected president, Boris Yeltsin, proclaimed that Red Square would now be known as The Square of Russian Freedom. Across the country the people shouted: “Freedom, Freedom, Freedom!” In front of the KGB headquarters on Lubyanka Square a large statute of Felix Dzerzhinsky, the founder of Soviet secret police, was pulled down.  The 75 year nightmare of communist tyranny had come to an end.  People of Russia were finally free, or were they?

Having won their freedom the Russian people were now faced with the most difficult task: creation of a stable constitutional order and the establishment of a free market based on 75 years of socialist tyranny.  The new draft constitution spelled out “sanctity” of private property.  It then called for constitutional guarantees of a minimum wage, public housing for the poor, National Health Care and social justice in income distribution.  The draft was being proposed by Russian economist Gregory Yavlinsky in conjunction with Harvard school economists working with him. The document offered little in the way of a real free market economy. Instead they were proposing a Social Democracy.

The holy bible tells the story of Noah building an arc and for over 100 years Noah warned that it was going to rain. No doubt people would see him at work and ask “What are you doing old man?” “Building an Ark before it rains.” He would retort. No doubt the EPA would attack him often. The IRS would try to seize his bank account. The FBI would investigate to make sure he was making room for “same sex marriage couples” and not being prejudice to minorities.

So, how close are we, our children, and our children’s children to losing our freedom? Too becoming peasant slaves to the state…..? It’s beginning to rain!