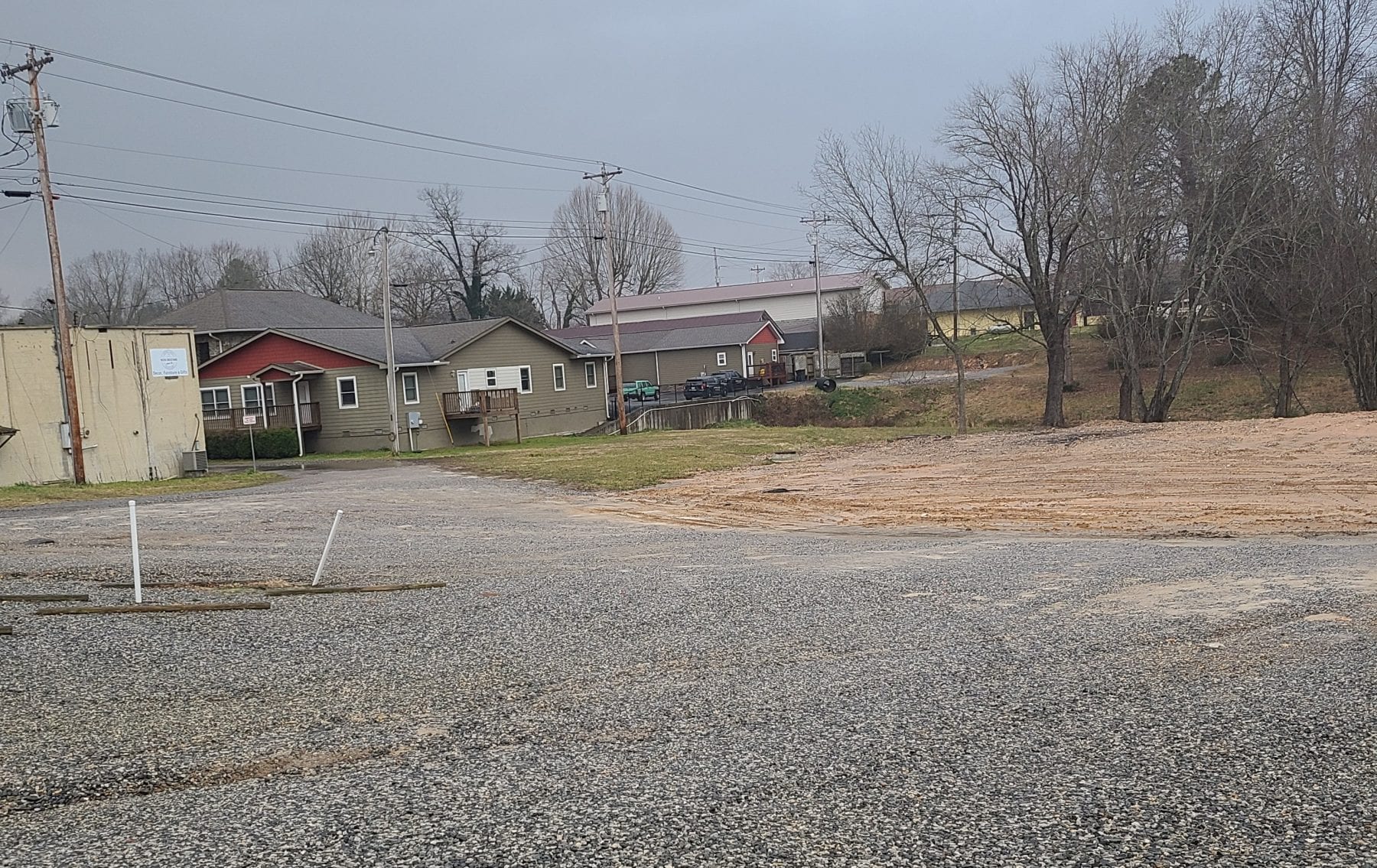 BLAIRSVILLE, Ga: Blairsville City Council and the Downtown Development Authority (DDA) Board contentiously debated the necessity of a tourism welcome center before deciding to move forward with public parking and bathroom planning.

The bathrooms and parking lot will be built on the Haralson property either behind City Hall or closer to the main street depending upon the survey. A gravel lot exists behind Michaelee’s Italian Life Caffe. Previously, the city and DDA had plans to pave the lot and most likely still will once they nail down a firm plan. 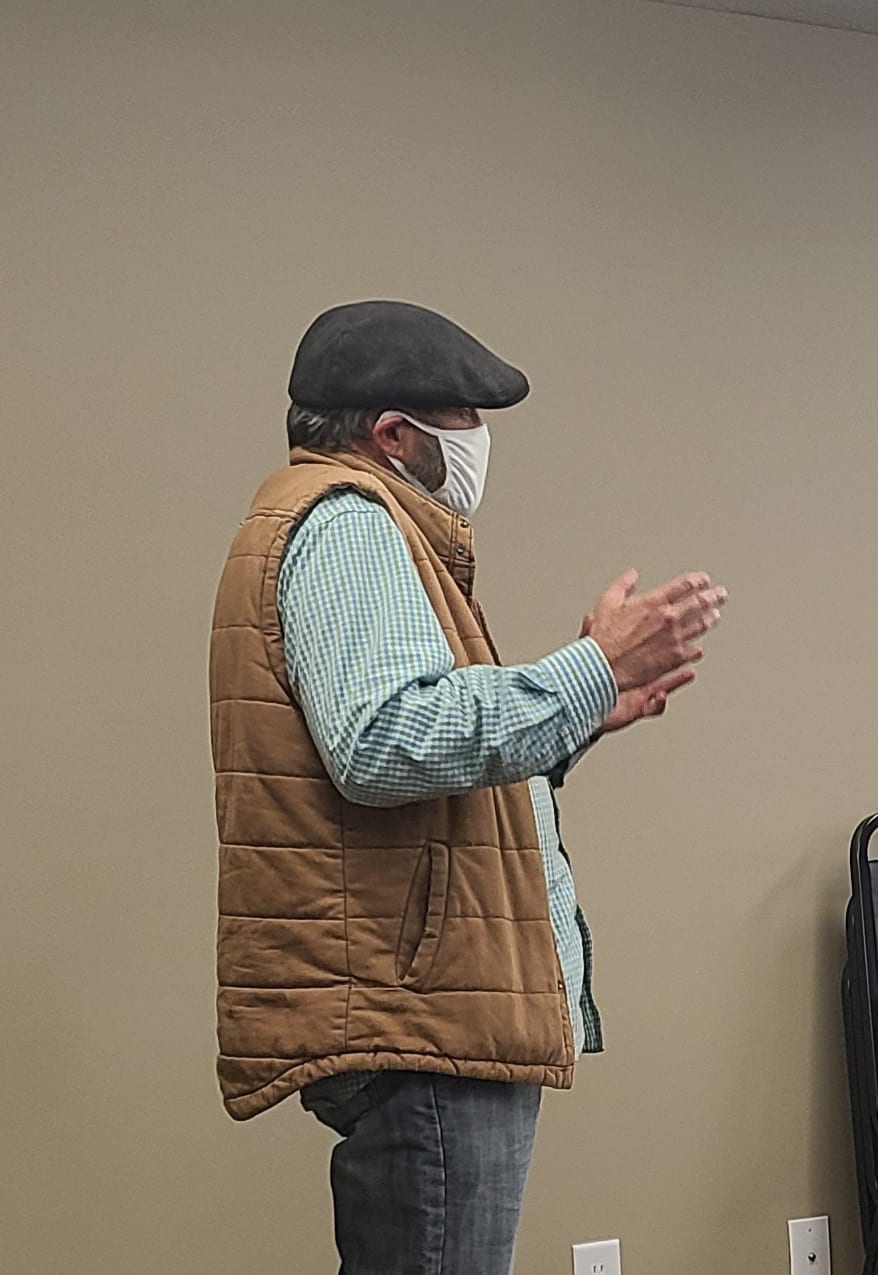 Harper advocated for the necessity of some type of welcome center.

He elaborated on downtown’s continued growth and the need for a center to direct tourists in the area.

“A lot of our income from the DDA comes directly from people outside this community, and anything we can do to encourage people to visit, spend their money, and go home is in everyone’s best interest,” Harper remarked.

He added that the board needed the city’s blessings and involvement, as well as a discussion of finances and expectations. According to Harper, the last infrastructure piece to go into downtown was Bob Head Street. Currently, business owners direct tourists to activities around Blairsville and Union County.

“There’s no one central place for them to get information about: ‘where can I take my kids, where can we go do this,’” Harper stated. “We have the Chamber up on the golf course, which is a great facility, but it’s extremely difficult to tell people how to get there.”

Mayor Jim Conley agreed that public restrooms and parking were necessary for the area, especially after COVID-19. However, he never heard mention of a welcome center until recently. 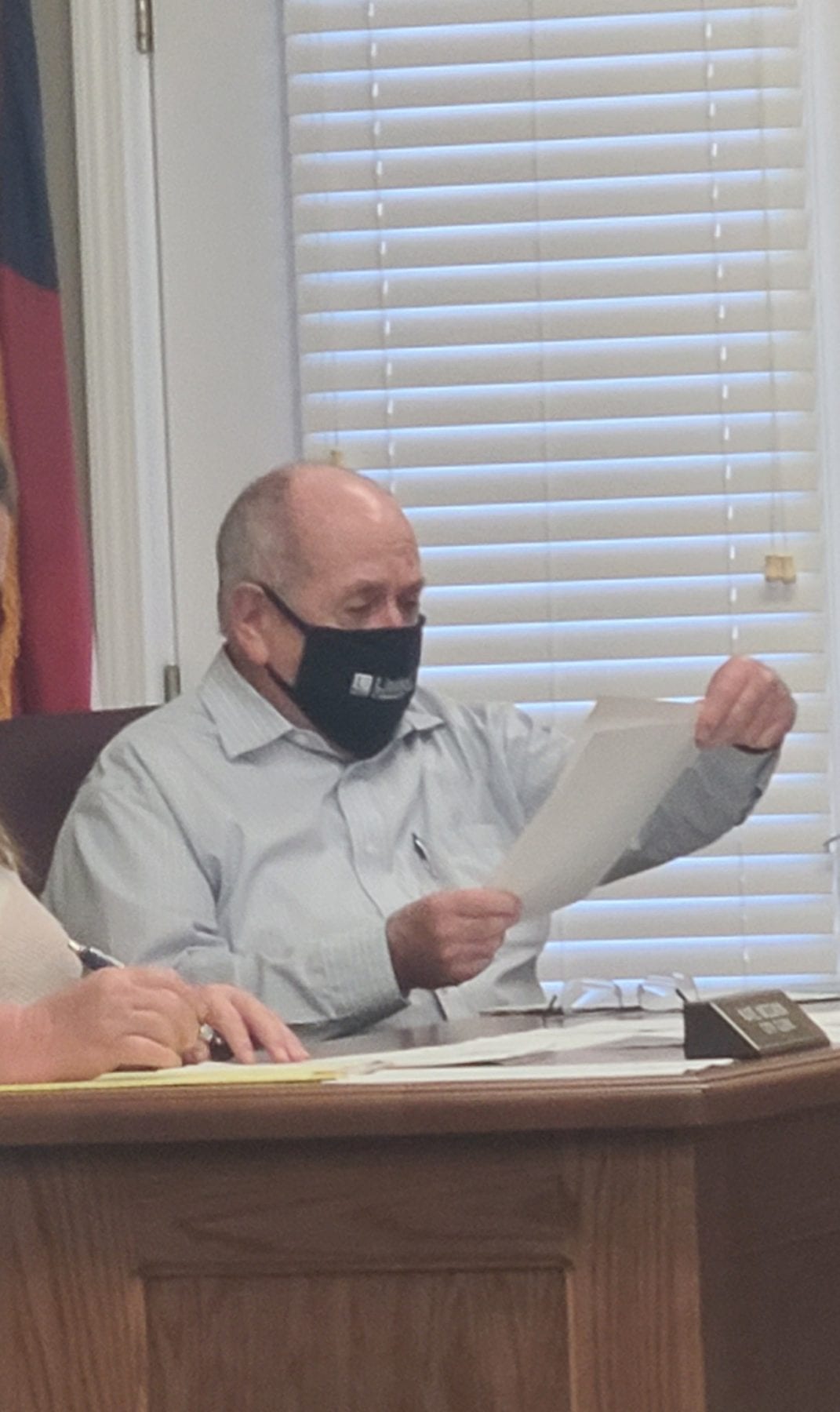 Mayor Conley wasn’t sold on the idea of building a new welcome center.

“I can’t see us giving up a lot of parking spaces for a building that really should be something that benefited the Chamber of Commerce,” stated DDA board member Paul Thompson. “I think the DDA needs to concentrate on the bathrooms that would be necessary in the right place and completing the parking lot. That’s what we initially were supposed to do was get the city’s money back to the property as best we could and develop parking and bathrooms.”

Chamber of Commerce President Steve Rowe mentioned the idea of placing a kiosk with information or small office next to the bathrooms for people to pick up information. He also believed the area offers an opportunity to create a pavilion/park area in the lot behind City Hall, along with the bathrooms.

Conley suggested using the DDA office for a welcome center, but some renovations would be necessary to separate the office space. Harper agreed it was doable but added that public restrooms need monitoring. He conjectured that a building that included the bathrooms and a welcome center would kill two birds with one stone.

DDA Board member Robert Rogers expressed that the lot behind City Hall wasn’t the best option for a welcome center. He preferred the lot next to old Pat Haralson law office, also known as the property Steve Cockerham was going to turn into condos until last year.

“I think that is something not just on the city to take on. I think that would be on the city and county to take on jointly as far as staffing it, the cost of it, and so on,” Rogers stated. “You need to be able to find it. We’ve got a beautiful welcome center now; you can’t find it, that’s the problem.”

He added it would need to be large enough to generate some income as well.

Before making any commitments, Rogers commented that they needed to know what’s possible. He spoke with surveyor Jason Henson who’s willing to draw up options for minimal cost. The DDA and city needed to consider existing sewer, power lines, and ADA accessibility for bathrooms.

Harper objected to another surveyor plan because they previously laid out the area. Rogers said the topographical area changed since the last layout. The previous survey pulled lot elevations from county GIS aerial flights, so a field run topo is necessary to entirely understand the situation. 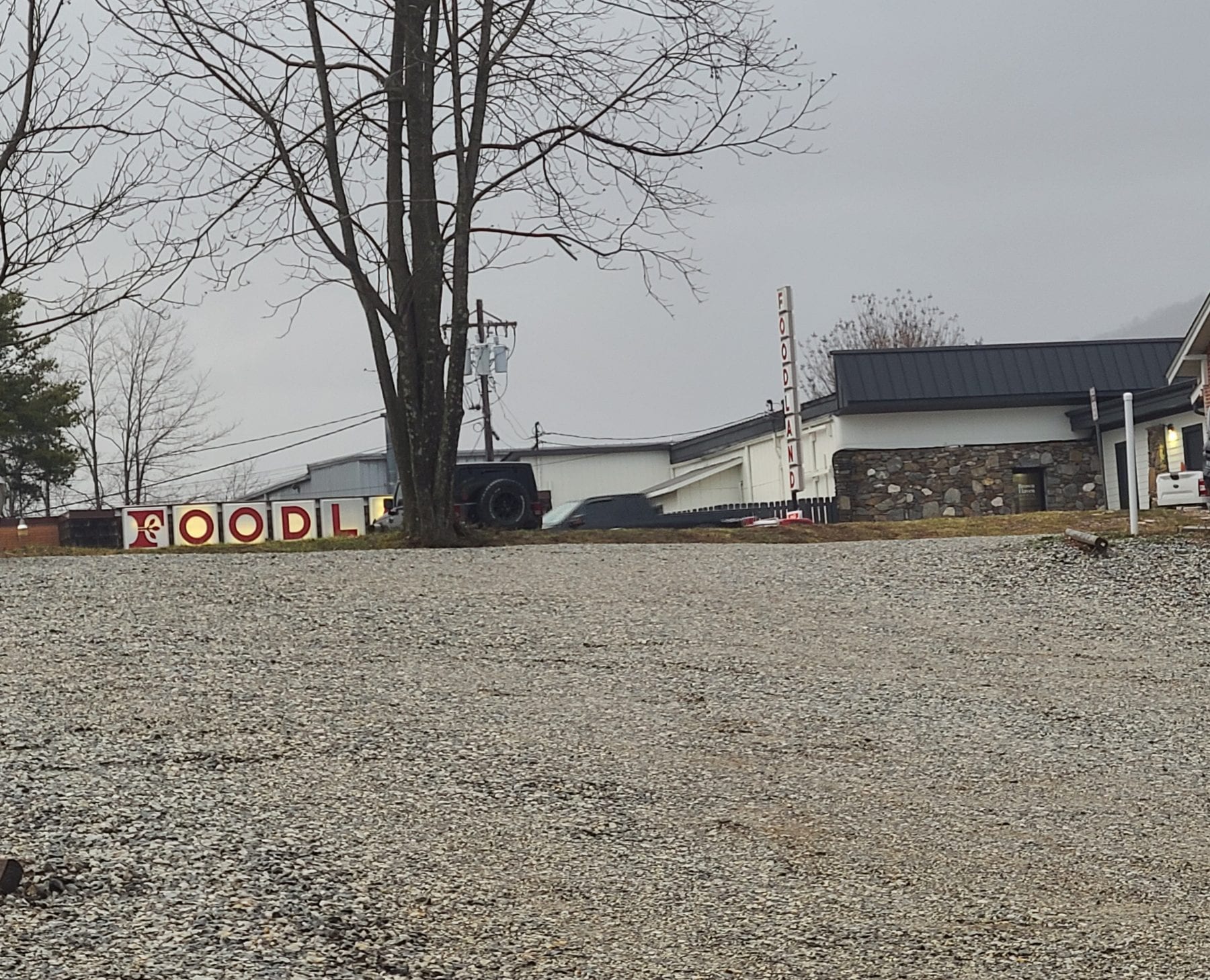 The gravel lot is on a steep grade that must be taken into account.

Rogers commented that the area behind City Hall might benefit from a pavilion and picnic tables. However, they should consider other sites for a welcome center.

“We also need some sort of budget limitations. We don’t need the tail wagging the dog,” DDA board member Paul Thompson echoed.

According to Conley, the DDA board has approximately $219,000 in its budget. However, if they chose to build a welcome center on the lot previously owned by Cockerham, they could absorb $225,000. The DDA hoped if the county agreed to participate, it would cut some of the cost. Conley expressed doubt that the county would participate. Harper pondered about tourism grant funding becoming available for projects such as a welcome center.

“If you want us to expand our scope, then you need to be prepared to help us pay, so it’s really up to y’all,” Thompson said to the council.

Rogers asked Chamber President Rowe if there was a need for another welcome center in Union County. Rowe expressed that there wasn’t, and a kiosk would fulfill the job.

“I feel like we need something with information for visitors and tourists who come to this area because I feel like I’m the information center a lot of times when people come in our store. I don’t mind it because they’re coming in our store,” DDA Board member June McEldowney explained. “A kiosk or welcome area, something that can direct people in a general area to facilitate our downtown area.” 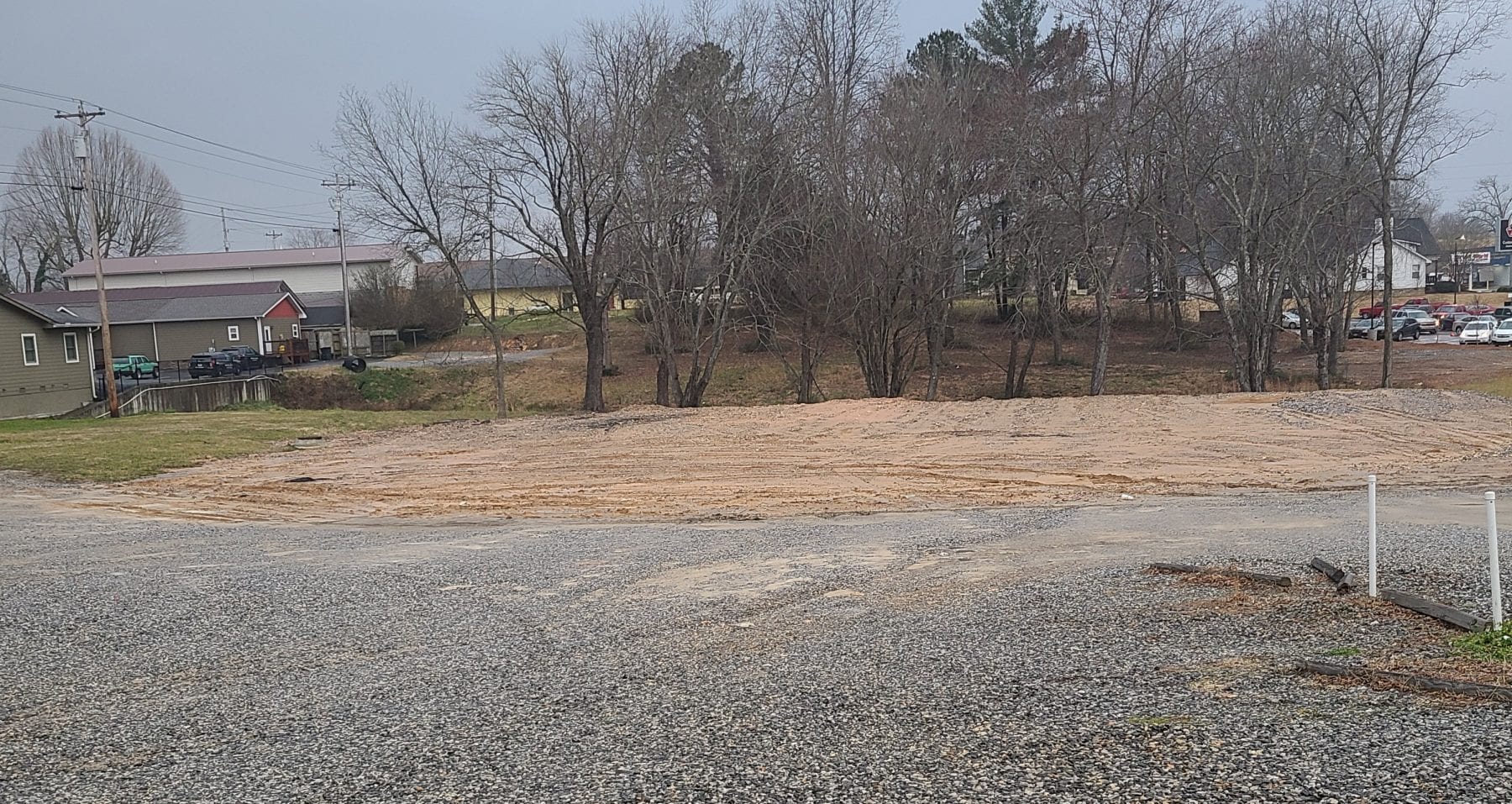 The area behind City Hall could become the new bathroom area or a place for picnic tables.

Conley echoed again the Harper’s office would be the ideal area for a welcome center. For now, it appears the idea of a downtown welcome center is tabled.

The new bathrooms and parking lot surveys should be completed within 30 days.