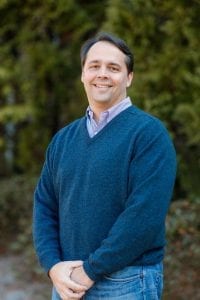 “As your representative, you’ll never have to question where I stand on the issues most important to you,” Cowan said. “I’ll promote and defend pro-life legislation, the Second Amendment, our borders, our religious freedoms, our military, our veterans and our first responders. I’ll stand for what has made America great, and I’ll fight against any efforts by the left to rebrand socialism, undermine our Constitution, or threaten our freedoms. I’ll represent the 14th District with integrity and champion hard work, individual responsibility, and free-market solutions. We’ve had a decade of strong representation from Congressman Tom Graves; we thank him for his service and look to continue the conservative leadership he provided to Congress.

“I’m running now because I believe I have the necessary skills and training to address the nation’s deepest needs. The values and freedoms that Americans hold dear are imperiled by our nation’s unsustainable healthcare spending. We spend more on healthcare than any developed nation yet have declining life expectancy and worse health. Healing a broken healthcare system will go a long way toward putting us back on the right path. This can’t happen without physicians in Congress. It’s time to make a House call.”

Cowan’s professional and civic experience has prepared him well to serve in the House.

“In the medical profession, I’ve spent my career healing, restoring, and putting my patients back on the path to good health,” said Cowan. “It’s the greatest reward to see patients get better. I now feel called to serve in a new capacity helping to provide the healing our country desperately needs.”

Cowan lives in Rome with his wife, Dr. Annie Cowan, an anesthesiologist he met while both were students at Johns Hopkins Medical School. She’s a pioneer in perioperative medicine and serves on the Medical Association of Georgia’s Opioid Task Force. John and Annie have four children and attend First Presbyterian Church of Rome, where John has served as an elder, deacon, and Sunday school teacher. He’s also an entrepreneur and small businessman who understands what it takes to create new jobs and meet a payroll.

“I grew up on a cattle farm in northwest Georgia, where my family has lived for a century now,” Cowan said. “My community has invested in me and given me unbelievable opportunity. I want to represent our conservative values in Congress because we continually need a new supply of business and civic leaders who don’t come from the career political class. We need creative new ideas, rooted in traditional values.”