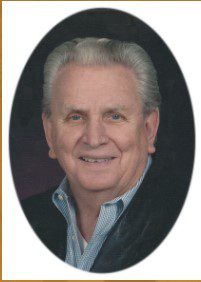 The 95-year-old was born in Blairsville, Ga and served in the Georgia House of Representatives for District 4 from 1964 to 1991. He served as the chairman of the State Institution and Property Committee, which oversaw the prison system and sat on the appropriations committee.

Colwell was extremely influential in the reformation of the Georgia prison system once he became chairman. He believed in finding opportunities for rehabilitation as well as improving living conditions in detention centers. The Colwell Detention Center in Blairsville is named after him.

Additionally, Colwell was responsible for bringing Hwy. 515 and North Georgia Technical College to Union County as well as always finding opportunities to improve local education. He credited his friends for helping with these tasks, but Union County wouldn’t look like it does today without his influence.

Colwell was one of six boys and was born in 1926. He grew up near the Nottely River with his brothers and father. Like many Union County natives of that era, he told Bob Short in the “Reflections on Georgia Politics” series for UGA, “we were poor I guess and didn’t know it. But we had a lot of love in our family.”

He and his three brothers started Colwell Construction Company in 1948. The successful business continues to grade, pave, sell asphalt, and build bridges in Northeast Georgia and Western North Carolina.