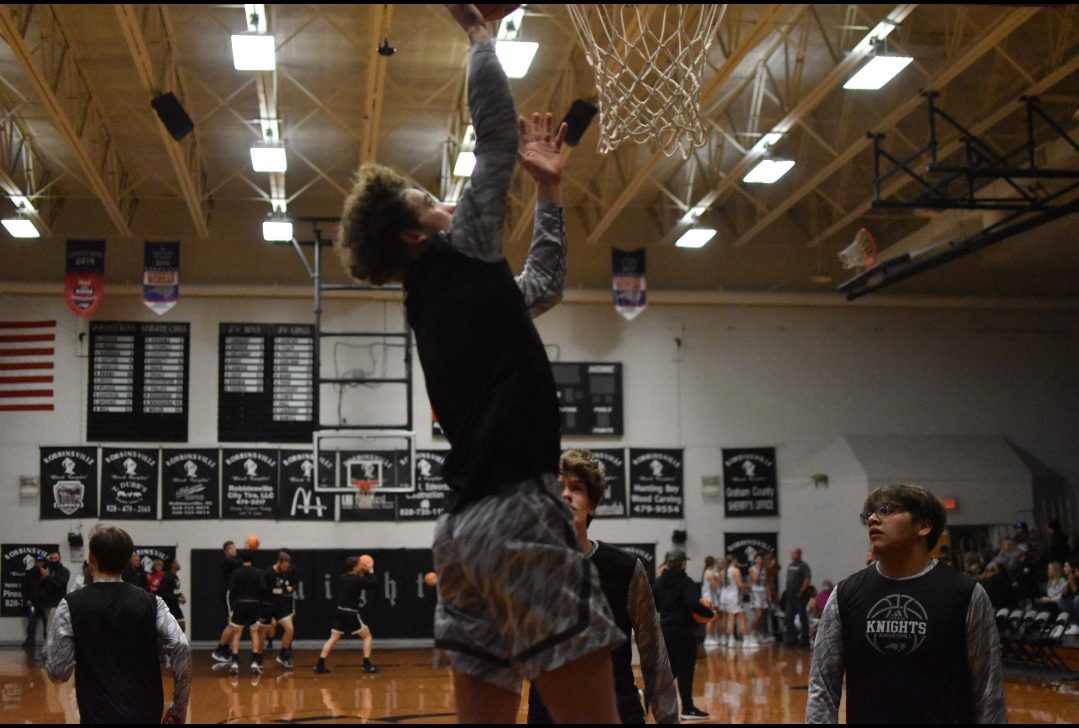 Cooper Hyatt (or should I say “Mr. Fourth Quarter”) dropped 12 points in the final quarter of the game, including 9 of Swains first 12 points to start the fourth. It seemed like Hyatt was right there every time Swain needed a big play, and he should definitely be awarded the figurative “game ball” for his performance tonight.

Robbinsville controlled the tempo in the first half, which played in favor of #2 Brock Adams who had 12 points through the first two quarters. Adams had two quick buckets to start the second quarter, and allowed the Black Knights to jump out to a 22-12 lead. Josh Collins helped the Maroon Devils answer with a couple deep three’s, and with 1:45 left in the half it was a 26-25 ballgame as Swain had cut the lead to just one.

Offensive boards were key for Robbinsville early on though, as Kam Jordan snagged one off the glass and layed in a 2 at the buzzer, giving the Black Knights a 30-25 lead at the break.

The third quarter was a back and forth affair as Swain cut the lead to 1 point two different times. But both times, a big three from the Black Knights put an end to the Maroon Devil run. Brock Adams buried a three pointer as the buzzer sounded at the end of the third quarter, allowing Robbinsville to take a 45-41 lead into the fourth quarter.

Cooper Hyatt came out with his hair on fire to start the final quarter, scoring nine of the Devils first twelve fourth quarter points. The Maroon Devils quickly found themselves in the lead for the first time all night, and with 3:55 to go in the game Robbinsville called a timeout, staring at a 54-52 deficit.

Out of the timeout, Isaiah Collins hit a quick layup and then came away with a steal which lead to a Groenwald and-one, and gave the Maroon Devils a 9 point lead.

With under a minute left to go in the game, Kam Jordan was fouled and hit two free throws to cut the Swain lead to 7, but it was too little too late for the Black Knights as Swain took the dub, 66-61.