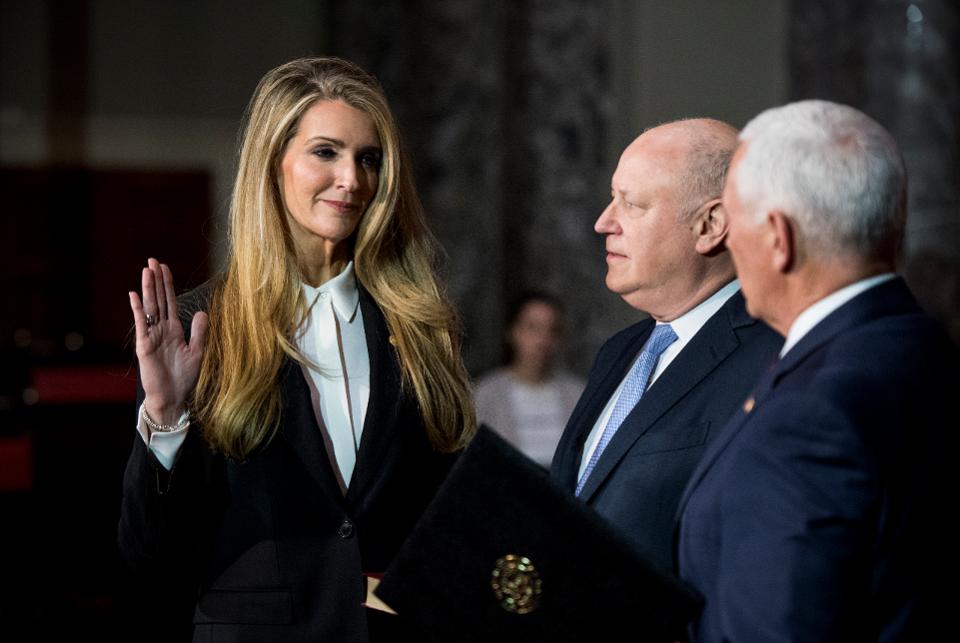 Are there really any coincidences in the Stock Market? The junior Senator from Georgia, Kelly Loeffler, would have you believe that, but what do you think? Not only are there overwhelming examples of “coincidences” with her recent stock trades, but how in the world did the Junior Senator from Georgia immediately get assigned to such powerful committees with oversight of the very industries that made her the wealthiest member of Congress.

Kelly Loeffler was sworn into office on January 6, 2020 Jr. Senator of Georgia

She was just sworn in on January 6, 2020. She wasn’t elected by the people but was appointed by Governor Brian Kemp to fill the remainder of Johnny Isakson’s term. Yet somehow Kelly Loeffler got assigned to the Committee on Agriculture, Nutrition and Forestry. This committee oversees the functions of the very company, Intercontinental Exchange, that made her and her husband wealthy. One of the subcommittees is Commodities, Risk Management and Trade. How coincidental. She is also on the Committee on Health, Education, Labor & Pensions, the Committtee on Veterans’ Affairs AND how about the Joint Economic Committee? 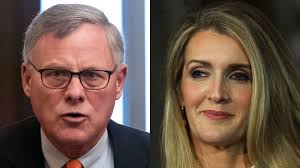 Chairman of the Senate Intelligence Committee Richard Burr sold up to $1.5 million in stocks in early February. From Sam Stein Tweet, Burr and Loeffler sat next to each other throughout the impeachment hearings, which occurred as they both started dumping stocks at the same time as the coronavirus hearing

So right out of the box Senator Loeffler has had access to and been privy to lots of information that affects the very foundation of our financial markets. Then, on January 24, 2020, Kelly Loeffler and several other Senators received a closed-door confidential briefing by the White House Administration on the current state of the CoronaVirus19 outbreak and its severity. Not only did Senator Loeffler somehow get to attend this closed-door meeting after only 2 weeks in office, but obviously she knew exactly what to do with the information.

Is this not a direct violation of the Public Trust? Is that not why the Stock Act of 2012 was passed, specifically to prohibit insider trading by federal lawmakers OR their spouses on information obtained in private and closed-door meetings OR to trade on any information NOT READILY AVAILABLE TO THE PUBLIC?

Right after that meeting, Octavia Spencer, the attorney for Jeffrey Sprecher, Kelly Loeffler’s husband and the owner of Intercontinental Exchange (ICE) filed a 10b5-1 document with the Security & Exchange Commission. This document is basically an organized plan for future sales of stock required by the SEC when majority stockholders or principals of the company have access to Material Non-Public Information (“MNPI”). Kelly Loeffler clearly had access to and received Material Non-Public Information. And since her husband owns ICE, which owns the New 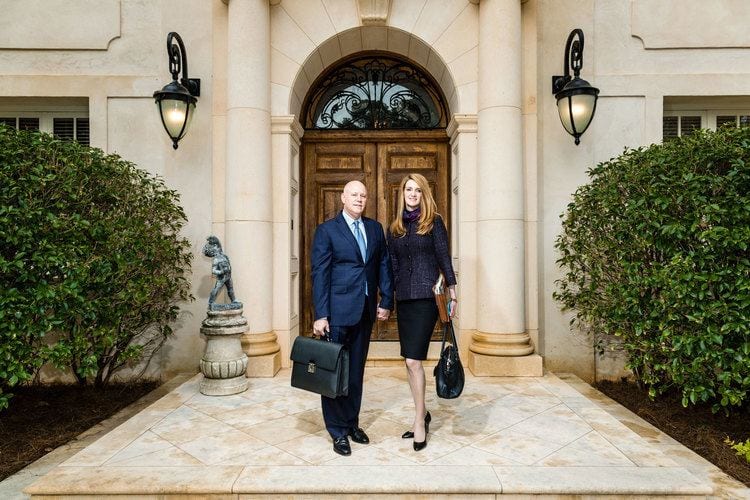 They reside in Tuxedo Park, Atlanta, in a $10.5 million, 15,000-square-foot. Kelly Loeffler is the wealthiest member of congress.

York Stock Exchange and at least 12 commodity exchanges and 100% of Continental Power Exchange, they are both very familiar with the legal requirements of the SEC. No sales can take place for 30 days after the filing of this document.

Was it a coincidence Kelly and her husband filed the 10b5-1 immediately after the White House briefing? Could be? But highly unlikely. On February 26th the world was just learning about the CoVid19 outbreak in China. On January 24th, the market was at approximately 28,989. On February 20, the market was at 29,220. So the public still didn’t know they should be worried and start taking some of their profits off the table. The economy was still soaring because we didn’t know what Kelly and her husband now knew. On February 26th the first day they could sell, Kelly Loeffler and her husband the Owner of the NYSE, began selling under their 10b5-1. A stroke of luck or genius? Or just a coincidence? But they had only just begun.

Then on March 10th possibly to help bolster the market in advance of selling hundreds of thousands of additional shares, and after several additional closed-door White House briefings that now even included the NIH director and the head of the CDC, Kelly Loeffler produced a video saying she was confident “that the Nation will have all the medical testing we need” and everything was under control. After going public to assuage any fears the common investor might have, the market closed at 25,018. The very next day, again, what foresight, Jeffrey and Kelly made the following sales of ICE stock. All of these transactions were on March 11th. 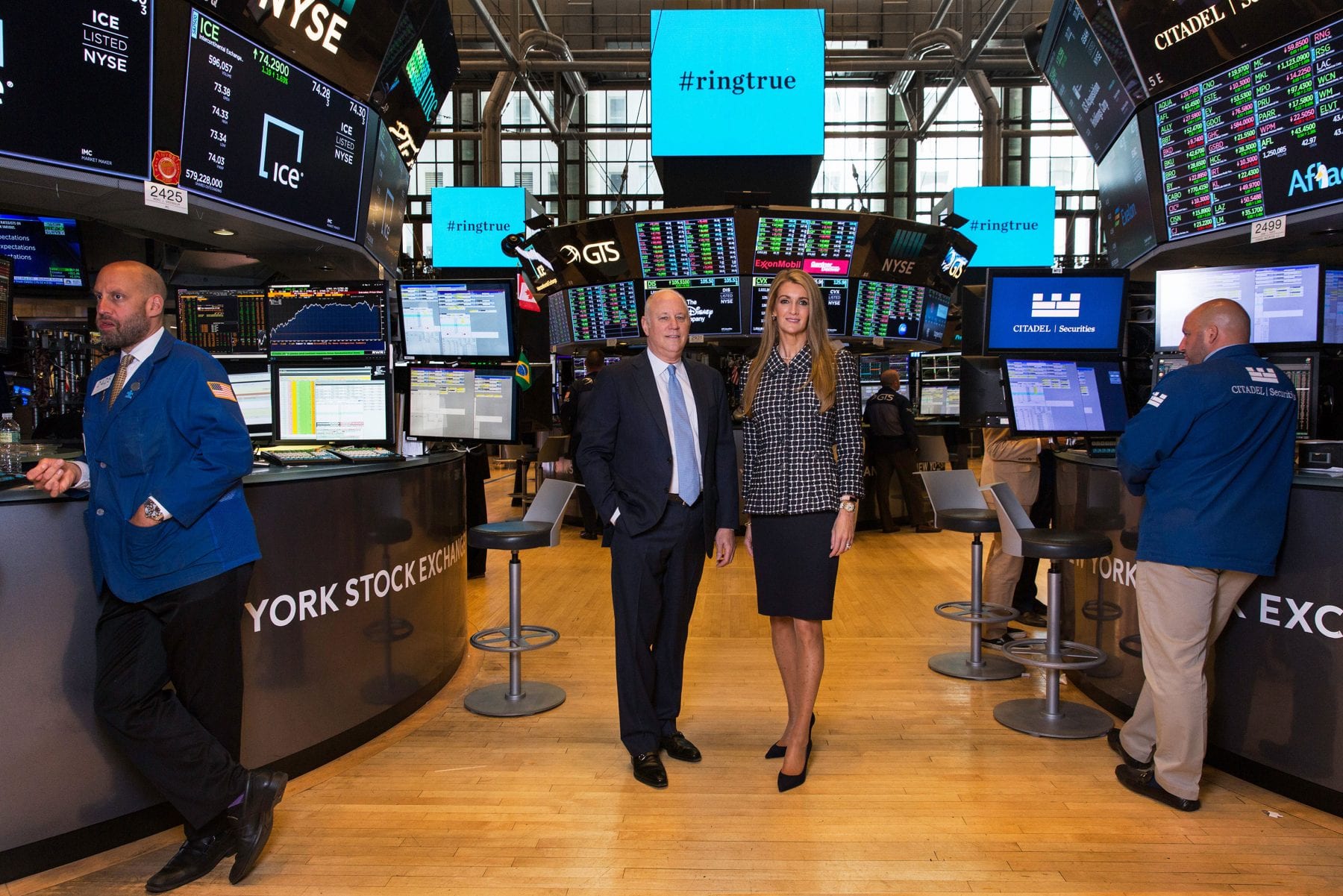 Jeffrey Craig Sprecher is an American businessman, and the founder, chairman, and CEO of Intercontinental Exchange, and chairman of the New York Stock Exchange.

35,486 shares at 86.48 owned by Kelly Loeffler (notice price keeps dropping as they are dumping)

The market closed March 11th around 23,552. The next day the market opened at 23,552 and immediately was halted for 15 minutes and then dropped 2100 points. It closed at 21,200. What a coincidence. How did Kelly Loeffler know to sell over $15 million dollars of stock in their own company THE DAY BEFORE while the rest of the country was being told everything is OK.

Kelly Loeffler has clearly violated the Public Trust and should immediately resign. Governor Kemp is inundated with trying to keep the State afloat at the moment, but certainly he will ask for her resignation when he realizes what she has done on her own behalf.

Did Brian Kemp and Kelly Loeffler have a deal for the Senate seat?