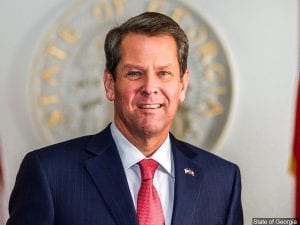 System working in Oklahoma since 2010 involves no sports betting

Written and submitted by D.A. King

Georgia voters should be asking why Governor Kemp and all concerned under the Gold Dome are ignoring a proven successful process to create a new revenue stream estimated to add about $100 million to Georgia coffers annually.

It’s a refundable fee on money wired out of the state that has been working in Oklahoma for more than a decade and will not cost state tax-filers a penny.

Many of us would be keen on hearing about this from the assorted state lawmakers pushing to start the casino gambling stone down the hill by legalizing sports betting as source of revenue. With the current ongoing pandemic budget woes, $100 million in new, yearly revenue seems like real money.

Well-written legislation was introduced in previous years that would mimic a working system in Oklahoma that has added to that state’s budget since 2010. The Gold Dome legislation is still readily available. This idea may require citizen pressure to receive the focus it warrants because the “business first” special interest lobby in Atlanta has worked hard to keep the proven system out of public sight or official consideration. The measure has never seen a hearing.

Oklahoma has shown us a way to tap into the enormous amount of money that is sent out of Georgia every year that now goes nowhere near the Georgia economy or state coffers – and the best news is that the majority of that money comes from drug dealers and illegal aliens!

What is it? A small, 100% refundable fee on funds wired out of Georgia that tax-filers easily recoup on their state tax returns. In simple terms, it goes like this: Let’s say you wire $1000.00 to Aunt Tilly in New York to help with her rent – or you send part of your under-the-table cash wages from your landscaping job to family in Oaxaca. When the payment is sent out, the wire service would add on a small extra fee  (around 2%) – which you would get back when you file your tax return or a simple, short form explaining that you are not required to file a return.

The wire transfer agency would be compensated by the state for the collection effort.

The fee would be added to all the money the criminal black market – including illegal drug dealers and “undocumented workers” wire home literally every day.

The government of Mexico alone received about $25 billion American dollars in 2019, mostly from its citizens living here in the good old USA. That is more money than Mexico made on oil revenues. “Against initial estimates and despite the COVID-19 crisis, we estimate that remittances to Latin America and the Caribbean will reach US$ 70.4 billion (+6.0%) and in Mexico to US$ 39.5 billion (+8.4%) in 2020” according to economists who study the topic.

According to the Oklahoma Tax Commission for the year 2019, Oklahoma realized more than $19 million from the refundable wire transfer fee system, largely provided by black market labor. According to the U.S. Dept. of Homeland Security, Georgia has more illegal aliens than Arizona – and many more than Oklahoma. We don’t have figures on how many American dollars are sent out of Georgia by drug dealers, but Atlanta is a known terminus for that insidious organized crime.

The income for the state in this genius plan comes from the fact that the huge majority of criminals in the underground economy do not file a tax return.

Everyone who files a state tax return or special short form can get the fee back. Fake news from the Atlanta Journal Constitution on a previous attempt to see passage of this available revenue stream bill requires me to repeat: The fully refundable wire transfer withholding would apply to everyone who wires money out of Georgia, regardless of its final destination.

The AJC falsely reported that the fully refundable wire transfer fee concept is a “tax” and apply only to foreigners sending money to their home countries. And they didn’t seem to like the idea that it would affect illegal aliens.

We hope the Governor Kemp and concerned, responsible legislators will take a hard look at the proven $100 million a year revenue program for themselves – maybe even give it a hearing.

A recognized authority on illegal immigration and Georgia’s General Assembly, D.A. King is president of the Georgia-based Dustin Inman Society. He is not a member of any political party. @DAKDIS