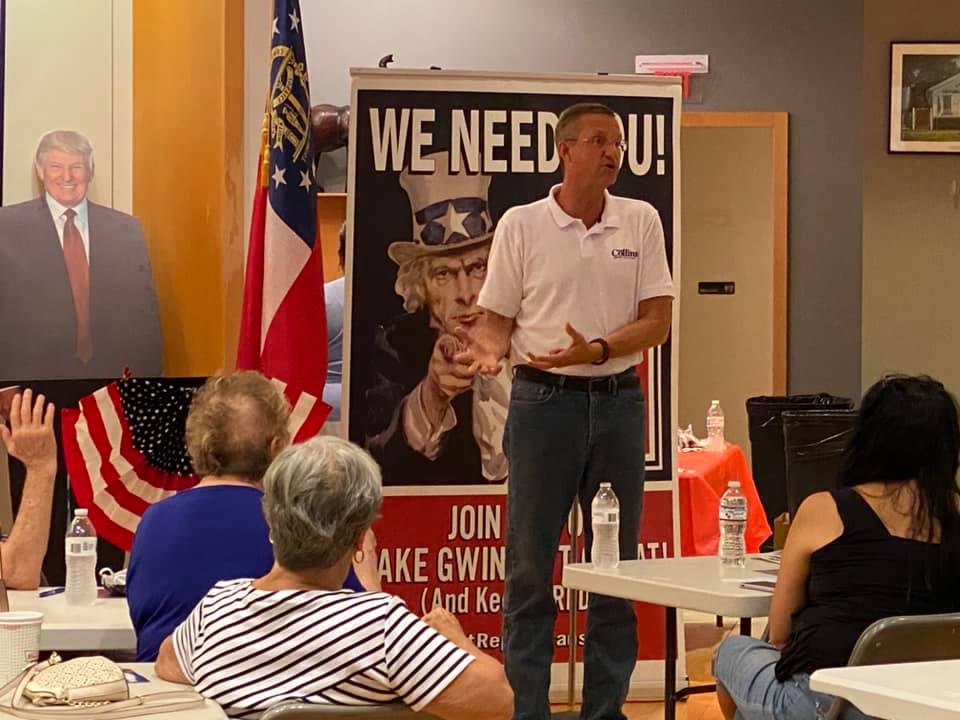 Ellijay, GA: As President Trump’s dissatisfaction with Governor Brian Kemp continues to grow, he appears to be pushing Representative Doug Collins as a potential gubernatorial candidate in 2022.

How does Governor @BrianKempGA allow certification of votes without verifying signatures and despite the recently released tape of ballots being stuffed? His poll numbers have dropped like a rock. He is finished as governor! @RepDougCollins

Earlier today, Trump called Kemp out for his stance on the November election, asking how Kemp “allow[s] certification of votes without verifying signatures and despite the recently released tape of ballots being stuffed?” He then mentioned Kemps falling poll numbers.

According to a Morning Consult poll, since the General Election, Kemp’s approval rating fell from 86% to 77% among Georgia Republicans and 52 percent to 46 percent among overall voters. His disapproval ratings almost doubled, rising from 10 percent to 19 percent.

The latest tweet showcased the souring relationship between Trump and Kemp because the governor rejects the widespread voter fraud theory and won’t overturn the election. In 2018, Trump endorsed Kemp tipping the election in his favor.

At the end of the tweet, the President tagged Ninth District Representative Doug Collins (R), who is leaving office in January. Collins has always been a staunch supporter of Trump and recently ran for Senate. He came third in the November Primary, and Senator Kelly Loeffler and Raphael Warnock advanced to the January 5 runoff. However, Trump seems to be planting the idea of a governor run in Collins and the public’s mind.

In truth, Trump isn’t the first to jump on the idea of Collins for Governor. The Towns County GOP created “Collins for Governor 2022” shirts weeks ago. They echoed the sentiment among several Georgia Republicans that Kemp isn’t listening to his constituents and it’s time to find someone else. On Sunday, Kemp refused to call the General Assembly into special session to dedicate electors, calling it unconstitutional. The governor came out in support of election reforms going forward, which the General Assembly is discussing.

As for Collins, his spokesperson released the following statement:

“As Congressman Collins said the other day, the only political decision he’s focused on right now is making sure the people of Georgia send Kelly Loeffler and David Perdue back to the Senate in January.”

Collins served Northeast Georgia as the Ninth District Representative in the U.S. House since 2013. He’s a practicing military chaplain in the U.S. Air Force Reserve and attorney. Married to Lisa, a public-school teacher, they have three children, a daughter Jordan and two sons Copelan and Cameron.