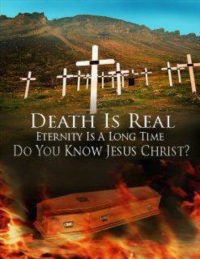 THE LIAR: ARE YOU A LIAR/YOU ARE GOING TO HELL
It looks like, for sure, all liars will go to a burning hell!

*The Lie**,* The devil’s foundation is built on it. The devil lied to Eve
in the garden and brought sin into the whole world, upon all mankind.

*Lying spirit*: The devil is a liar and a deceiver. He comes to take away
God’s best for your life and God’s promises to you. He comes only to steal,
kill, and destroy you. The Lord wants you to be free from the attack of
your enemy, the devil.

If there is such a thing as the world’s worst sin, it would have to be
lying.The devil’s power base for his sinful, fallen world is built on it.

John 8:44 Jesus said;” Ye are of your father, the devil, and the lusts of
your father ye will do. He was a murderer from the beginning and abode not
in the truth because there is no truth in him. When he speaks a lie, he
speaks of his own: *for he *is a liar *and the father of it.”*

If you lie, you are speaking for the devil.  When you lie, Jesus says that
the devil is your father.

Acts 5:3 “But Peter said, Ananias, why hath *Satan filled thine* *heart to
lie* to the Holy Ghost.  Why hast thou conceived this thing in thine heart?
Thou hast not lied unto men, but unto God.”

Jesus has defeated Satan. He spent a lot of time teaching us who, and
what the devil is like.

Jesus has taught us that in his name, and by his power, we too can defeat
him every time. Submit yourself to God resist the devil, and he will flee
from you.

Just how do you think Father God feels when you neglect all of his
promises, and all of his provisions for you, and lie?  The Father must weep
when you reject the shed blood of his own son, who is the truth. If you
leave the truth and accept the devil’s lies, that means, right now you
think the devil can, and will help you and put you over better than God
can.

If you are a liar, it is because you are being influenced by the demon of
insecurity, and inferiority.  You think you cannot be represented on your
own merits, so you borrow the devil’s power, which is always deception. You
depend on the lie, not realizing you are calling on the wrong father, the
Devil to prop you up.

When he speaks a lie, he speaks of his own: for he is a liar *and the
father of it*.  If you use a lie, to manipulate someone to accomplish your
will or purpose, you have just used the doctrine of the devil and showed no
faith in God. That makes the devil your father. If you are the head of your
house, and you are a liar, you will have a cursed house, and it will run
through your family line until you repent.  You have given the devil a seat
at your table.  Who’s *your daddy*?

Let’s look at where the lie will put you in the end.

Rev 21:27”And there shall in no wise enter into heaven anything that
defileth, neither whatsoever worketh abomination, *nor maketh a* *lie.”
Watch what comes out of your mouth.*

Rev 21:8  “But the fearful, and unbelieving, and the abominable, and
murderers, and whoremongers, and sorcerers, and idolaters, *and all liars*
shall have their part in the lake *which burns *with *fire* *and brimstone*
.”

Rev22:14” Blessed are they that do his commandments that they may have the
right to the tree of life, and may enter in through the gates into the city.
15 For without are dogs, and sorcerers, and whoremongers, and murderers,
and idolaters, and whosoever *loveth and maketh* *a lie.”*

My friend if you are a liar you can’t go anywhere, but to hell. Notice the
word says you are the *same as a murderer.*

Lying is something not to be taken lightly, yet many people are chronic
liars. If you have a family member that is a liar, I think he is in danger
of a burning hell. Go to him help him.
The jailer said to Paul Sir, what must I do to be saved? Paul said, “Believe
on the Lord Jesus Christ, and thou shall be saved”. Just believe and ask.-
Dr. Bob Allen

* God  Loves You. Keep your eye on the Straight Gate.*