California is going to become a Hispanic state and if anyone doesn’t like it they should leave. They ought to go back to Europe.” — Mario Guerra Obledo, co-founder of MALDEF, on the Tom Likus radio show, 1998

The 2021 Republican-controlled Georgia House passed a privileged resolution “recognizing and commending” Jerry Gonzalez. It’s a real head-shaker. And it is lazy lack of attention to official business another example of timid and misplaced GOP trust in the deceitful Democrats.

Gonzalez is a former lobbyist for the above-mentioned MALDEF mob. He been leader of Atlanta’s far-left and innocuously named Georgia Association of Latino Elected Officials (GALEO) Corporation since 2003.

Privileged resolutions are automatically passed as a group after the House Clerk reads part of each out loud if no member objects. This reading includes the name of the recipient. If no member objects to any part of the bundle presented they all pass. If there is objection, members can have the opportunity to vote on singular resolutions. Put another way, when the clerk read the words “recognizing and commending Jerry Gonzalez…” any house member could have spoken up when the Speaker asked if there were any objections to the adoption of the privileged resolutions…” Nobody did. 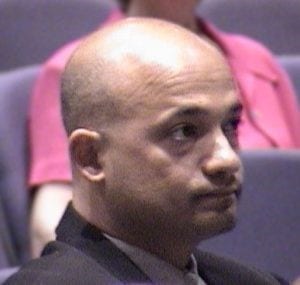 A shorter explanation of the process is that lawmakers vote “yes” by remaining silent. Part of this House legislative process can be seen here in a two-minute video.

Jerry Gonzalez (Gerardo Eleazar Gonzalez) is widely known for his contempt for all things conservative and for marching in the streets of Atlanta demanding an end to immigration enforcement. He has proudly lobbied under the Gold Dome against voter ID, use of E-Verify, official English for government and against honoring immigration holds in Georgia jails. He has personally brought self-described illegal aliens into the Georgia Capitol.

In a classic example of why he is tagged “Angry Jerry” the Rome News reported on a 2015 experience diminutive state Rep Katie Dempsey had with Gonzalez when he was removed from an event for screaming at her for supporting immigration enforcement.

“WHEREAS, Jerry’s significant organizational and leadership talents, remarkable patience and diplomacy, keen sense of vision, and sensitivity to the needs of the citizens of this state have earned him the respect and admiration of his colleagues and associates; and WHEREAS, he is a person of magnanimous strengths with and unimpeachable reputation for integrity, intelligence, fairness, and kindness;…”

The House clerk’s office explains recipients of these resolution commendations receive a framed print of the entire document – “with a nice ribbon” for display on their walls.

You can see the happy press release crowing about the GOP-led Jerry Gonzalez resolution on the GALEO website.

Then – U.S. Senator David Perdue found Gonzalez and GALEO to be so radical that he stopped the 2016 confirmation process of a former GALEO board member, Dax Lopez, for federal judge because of the affiliation. We were proud to help with Sen Perdue’s education with a “Beginners guide to GALEO.”

Jerry Gonzalez was not the only race-baiting, Marxist radical who opposes additional vote security in Georgia to be recognized and congratulated by the Republican-ruled Georgia House (we haven’t checked the state senate).

Below is a short list of others we are aware of and their associations. Warning: Don’t let the misleading names of the leftist groups (see links) confuse you on their real agendas.

Jerry Gonzalez often posts expressions of gratitude to the Coca-Cola Co. for their long-standing financial support. 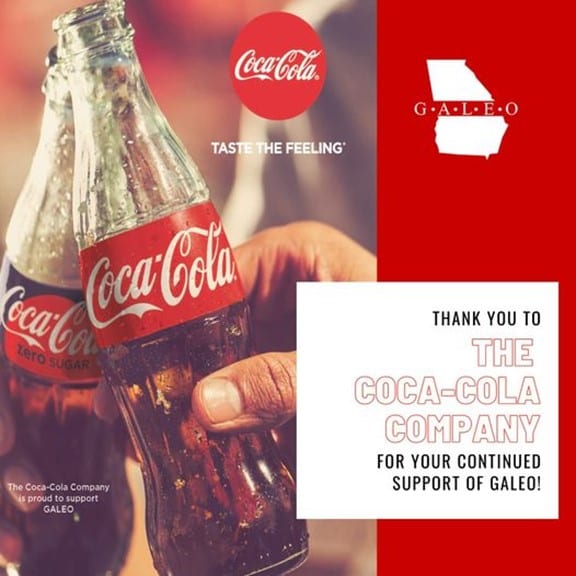 Did we mention the race baiting Jerry Gonzalez and GALEO are part of a lawsuit against the Georgia election security law, HB 202?

Here is Angry Jerry quoted in a “progressive” news report

“The intent of this new law was to discriminate against minority and poor voters in Georgia,” said GALEO chief executive officer Jerry Gonzalez. “Our communities will stand together to work against these Jim Crow tactics pushing to take our state backwards”.

How did these resolutions ever see the light of day? They were all introduced by a Democrat Representative you may have seen in ‘the news’ recently – Atlanta’s theatrical Park Cannon.

More on this little airhead another time, but readers need to know the level of admiration for her that comes from such erudite sources as MTV in their “Meet Park Cannon.”

Republican legislators should start paying more attention to the resolutions they allow to pass.  Voters should insist on it. And they should ask their House Reps about the “Jerry Gonzalez Resolution.”

D.A. King is a nationally recognized authority on illegal immigration and has been advising Georgia lawmakers on the issue since 2006. He is president of the Marietta-based Dustin Inman Society. He is not a member of any political party.

This column was originally posted on the Dustin Inman Society blog page.