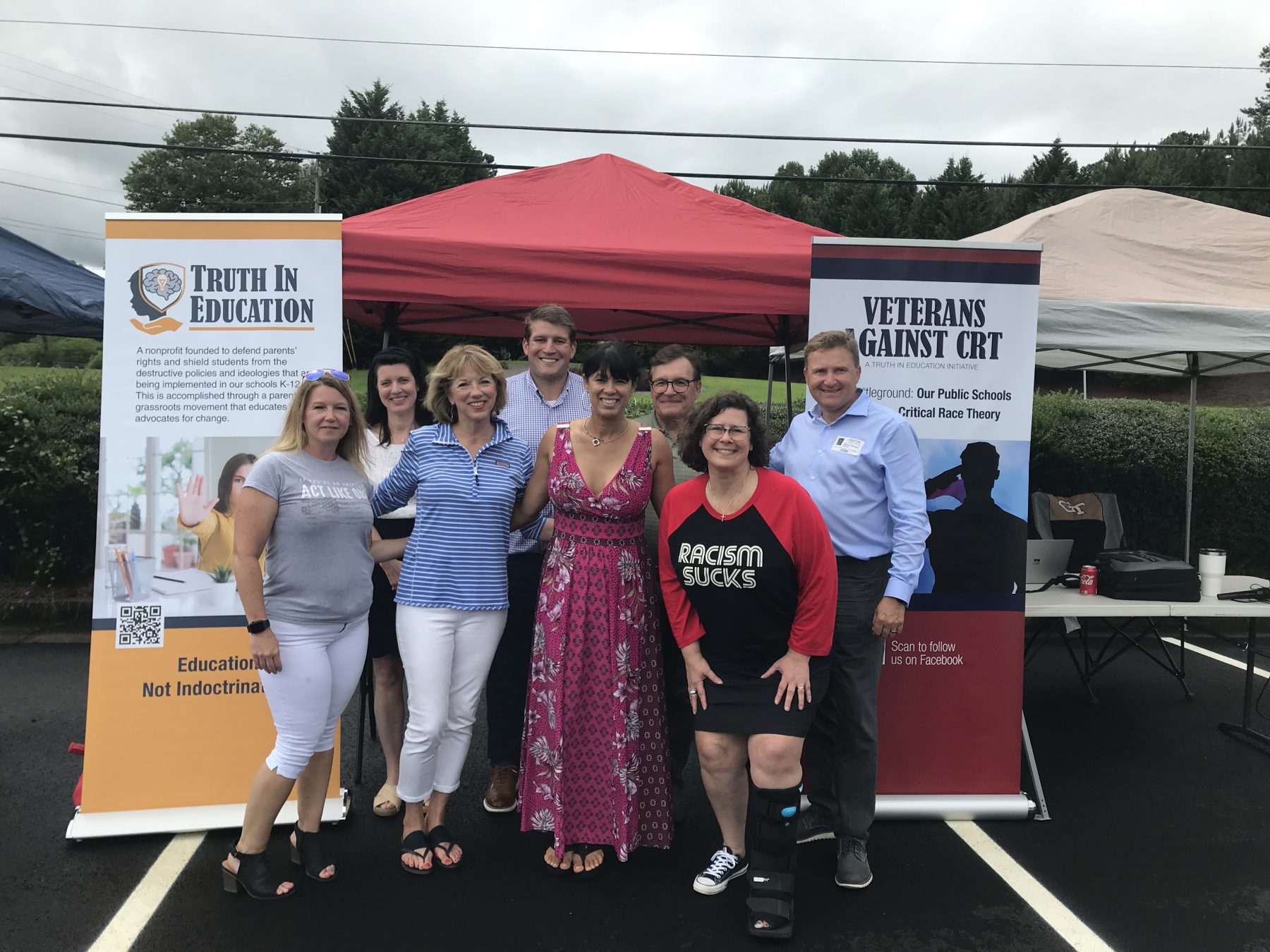 FORSYTH COUNTY, Ga. – For the third straight month, the Forsyth County Board of Education came under fire by angry opponents of the school system’s Diversity, Equity and Inclusion (DEI) strategic plan during the Board’s regular meeting Tuesday.

Signs carried by DEI supporters and opponents began to dot the parking lot two hours before the 6 p.m. meeting. The anti-DEI group Truth in Education and Veterans Against CRT set up a booth flanked by large posters. They invited people who came to the U.S. from Marxist nations like Cambodia and Cuba to speak publicly about why they oppose the policy.

At the other end of the parking lot sign-carrying students quietly gathered to stand up for their support for DEI.

Before the meeting started, Fetch Your News interviewed both groups. 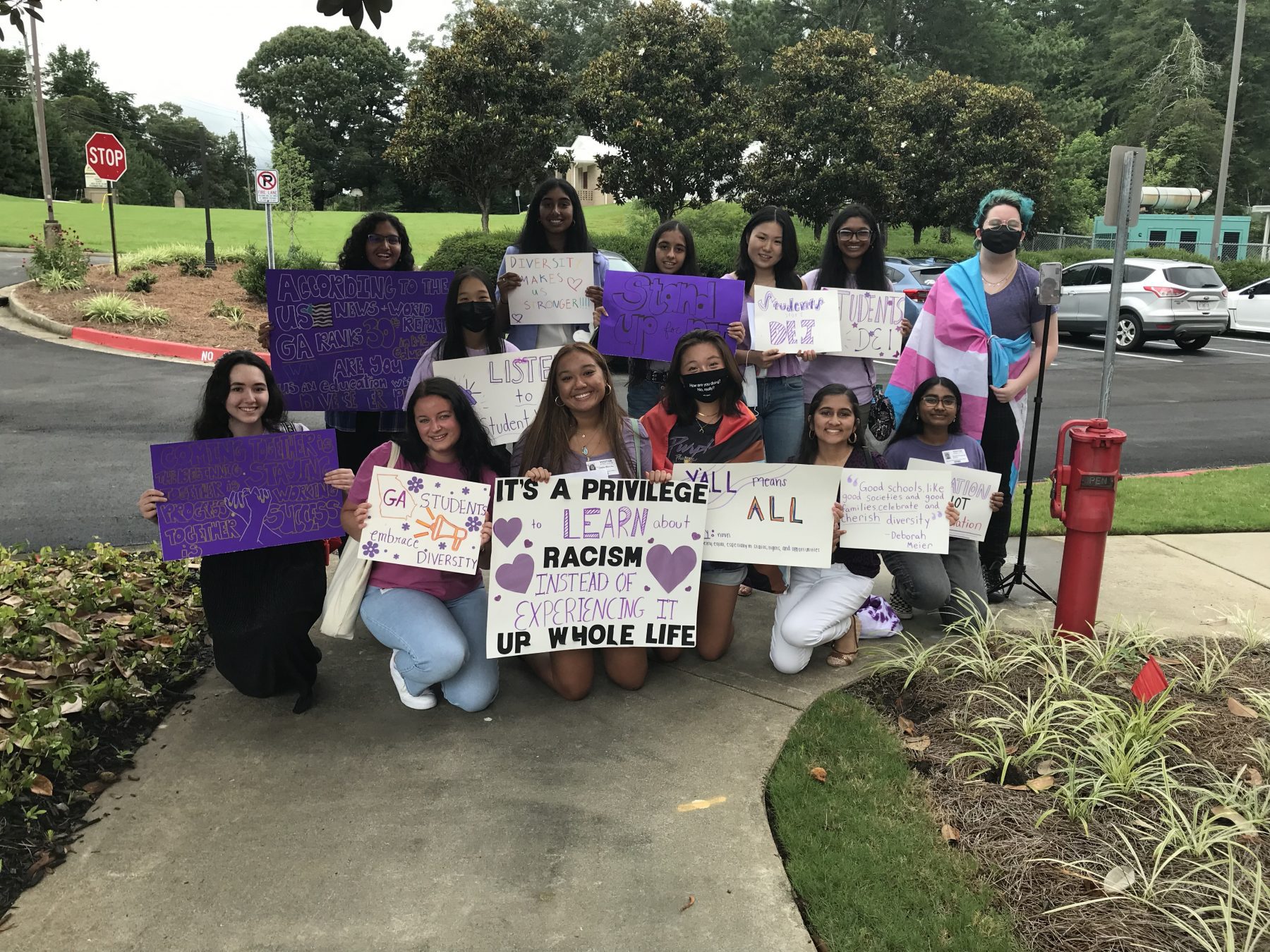 UGA student and Forsyth Central graduate Emma Marzullo expressed her support for DEI and the School Board. She also said that she does not believe that Critical Race Theory is being taught in Forsyth County schools.

“One of the best things a school system can do is create a welcoming and safe environment for the kids because they have a higher chance of success in school and therefore after school either in higher education or the work force,” she said. We’re just creating successful citizens who are participating not just in democracy but everyday life.”

James Liming, a rising junior at Denmark High School, said he does not believe CRT is being taught and added that if it was he would oppose it. “My friends and I have all experienced a lot of discrimination in school and it is important to us to create a safer space for all students. It’s gotten better, but there is still more that can happen and that is what we’re hoping for. I’ve taken world history and there is not an ounce of (CRT) anywhere.”

DEI opponents said they do not believe the Board is listening and that nothing will change but they intend to keep up the pressure.

Once the meeting started, a recent high school graduate needed just three minutes to call out the Board and summarize precisely why parents oppose the Board’s Diversity, Equity and Inclusion strategic plan.

“In the name of equity who is quitting,” a confident Caroline Andrews asked the Board. “Because equity says if this Board is not racially equitable, if racial groups are not equally represented then the Board is racist. Those are not my rules. Those are the rules you are bringing into this county with identity politics.

She related incidents in which she — as a Christian conservative – had been discriminated against and added, “It seems to me that this Board has forgotten its place. You were elected by the people, for the people, not to surpress us, not to tell us what is right and wrong, not to teach us equity through Marxist principles but to represent the parents and the tax payers and voters. You are not accountable to accredited agencies. You are not accountable to the woke mob. You are not accountable to a bunch of students the state will not let drive alone past midnight. You are accountable to the parents alone. The parents are telling you no. The parents are telling you time and time again, we don’t want this. Marxism is not welcome in Forsyth County. Demonizing students according to their race – you say no, but the DEI specialist is on her link liking posts that say white people are by definition of their skin color racists. I don’t understand why we are doing this.”