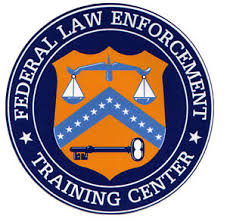 Reauthorizing our Federal Law Enforcement Training Centers is key to ensuring that our federal law enforcement officials and first responders are adequately trained for national security events, domestic threats, and combating terrorism. The legislation was originally introduced by Congressman Carter and then amended in the Senate by Senator Perdue in order to obtain additional bipartisan support.

“The training our law enforcement officers receive each year at Federal Law Enforcement Training Centers is key to ensuring our national security,” said Senator Isakson. “I am proud to fight for FLETC so that its facilities can continue to deliver preeminent training to our federal law enforcement officials.  I’m thankful for what FLETC achieves in Glynco, Ga., and this reauthorization is important news.”

“We are fortunate FLETC is headquartered in Georgia,” said Senator Perdue. “Every year, FLETC’s facilities deliver a range of training to 96 federal partner organizations and thousands of state, local, and international law enforcement officers. As training needs evolve to combat the growing global security crisis we face today, so do FLETC’s unique capabilities which is why it remains a top training center for many agencies. I applaud the passage of this bill and look forward to seeing it signed into law.”

“FLETC is the preeminent facility for law enforcement training in the United States,” said Congressman Carter. “While FLETC has provided topnotch training since its creation, Congress has failed to provide FLETC with a reauthorization. This legislation is critical to ensure authorities are codified into law so FLETC can continue to provide the highest quality and most cost effective training possible. I am thrilled this legislation passed today and I look forward to it becoming law.”

The FLETC main campus is headquartered in Glynco, GA, and has grown over the years to include facilities in Artesia, NM, Charleston, SC, Cheltenham, MD, and Gabarone, Botswana. Today, FLETC supports 96 agencies, trains more than 70,000 students annually, and employs more than 3,000 Georgians and almost 600 New Mexicans.

U.S. Representative Buddy Carter (R-GA-01) introduced the Federal Law Enforcement Training Centers Reform and Improvement Act of 2015 in the U.S. House of Representatives, which passed overwhelmingly in December 2015. Senators Isakson and Perdue, along with Senators Tom Udall (D-NM), and Martin Heinrich (D-NM), introduced companion legislation in the U.S. Senate on April 13, 2016. Both versions of the legislation were amended and passed the Senate by voice vote on Saturday, December 10, 2016. The House agreed to the Senate amendments to the House version today, December 13, 2016.

View the full text of the legislation here.