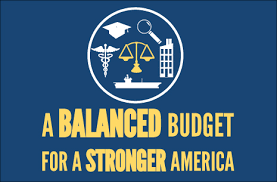 As the General Assembly marches closer to Sine Die, our constitutional duty of passing a balanced budget for Georgia’s government has become our biggest priority for the last few legislative days. The Fiscal Year 2018 (FY18) general budget, House Bill 44, is near completion. The Senate and House both have their own versions and each is standing steadfast, so the $25 billion budget will now head to a Conference Committee that will work to come up with a compromise on a budget that is fiscally responsible.

There are a few allocations in HB 44 that I would be glad to see make it out of the Conference Committee. Among them are appropriations for our education system. Under the Senate version of HB 44, teachers across Georgia would get a two percent increase in their base salary and the Teachers Retirement System would receive an additional $223.5 million so it can be fully funded. Additionally, the Senate’s version would provide nearly $17 million to buy new school buses.

Currently, Georgia Public Broadcasting provides video streams of both the House of Representative and Senate chambers. Since the Senate wants to be as transparent as possible to all of Georgia’s citizens, there’s a $485,000 appropriation for the Senate Transparency Project, which would include video streaming of Senate proceedings and committee meetings.

There are also some line items that will directly benefit Senate District 51. The proposed budget would allocate $150,000 to the Young Farmers programs in Fannin County. Also, $1.1 million would be allocated to purchase equipment for a new convocation center and the renovation of Memorial Hall for the University of North Georgia in Dahlonega. The Senate FY18 budget recommendation also includes $100,000 in airport aid for the Blairsville Airport.

I’m proud that we are appropriating funds through conservative fiscal policies. If you have any questions about the budget or any legislation that is pending, please reach out to my office. As the pace picks up during our final two weeks, I will keep your input and interests in mind to ensure that legislation we pass will benefit you, your families and Georgia.

For the full version of HB 44 and details related to the Senate version, follow the link below: