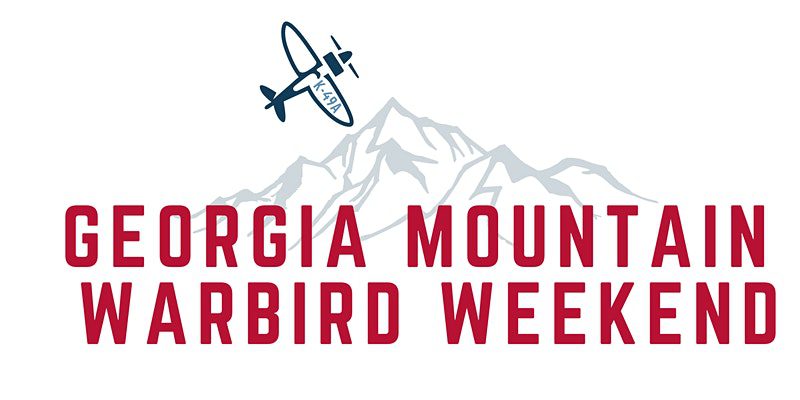 ELLIJAY, Ga. – Just over a month away, Gilmer’s Chamber has begun ticket sales for its Warbird Weekend event. Though originally scheduled for last August before COVID forced a reschedule, the event is now set for April 1, 2022.

In celebrations for the 50th Anniversary of the Georgia Apple Festival, Warbird Weekend was set to be part of the Fall Activities along with National Aviation Day. The Chamber is working with the Commemorative Air Force (CAF) to land five authentic World War II aircraft at the Gilmer County Airport just before sunset on April 1 and just before a catered meal celebrating the 1940’s. 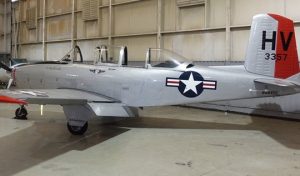 A T-34 Mentor displayed by the Commemorative Air Force, one of the planes that the Gilmer Chamber said will attend the Georgia Mountain Warbird Weekend.

Those five planes include the SBD Dauntless, the Kate BN-5, the LT-6 Mosquito, the T-34 Mentor, and the PT-19 Fairchild.

The celebration strongly encourages attendees to dress in their 1940’s outfits for the event. Attendees will also have the opportunity to dance the evening away with Tray Dahl & The Jugtime Ragband after a four-course meal from Emily’s Bar and Restaurant. In addition, the pilots and planes from the CAF will be available for photos shortly after they land.

Another addition to the day’s events is the opportunity for those interested to visit the CAF and book personal flights on Saturday, April 2, 2022, to experience the planes in air for yourself.

Hosted at the Gilmer County Airport, the aircraft will be on display as the meal is served inside one of the airports hangars. With the space available the Chamber is only selling 200 tickets. With a full month left before the event, the Chamber has already sold nearly 150 tickets.

Gilmer’s Civil Air Patrol is also going to be available during Warbird Weekend they are volunteering for the event and will be receiving a small scholarship from the event on behalf of the Chamber.

Headquartered in Dallas, Texas. The CAF has members in every state and 28 foreign countries. According to their website, the CAF was founded to acquire, restore and preserve in flying condition a complete collection of combat aircraft which were flown by all military services of the United States, and selected aircraft of other nations, for the education and enjoyment of present and future generations of Americans. A branch has several of these planes based in Peachtree City, Georgia.