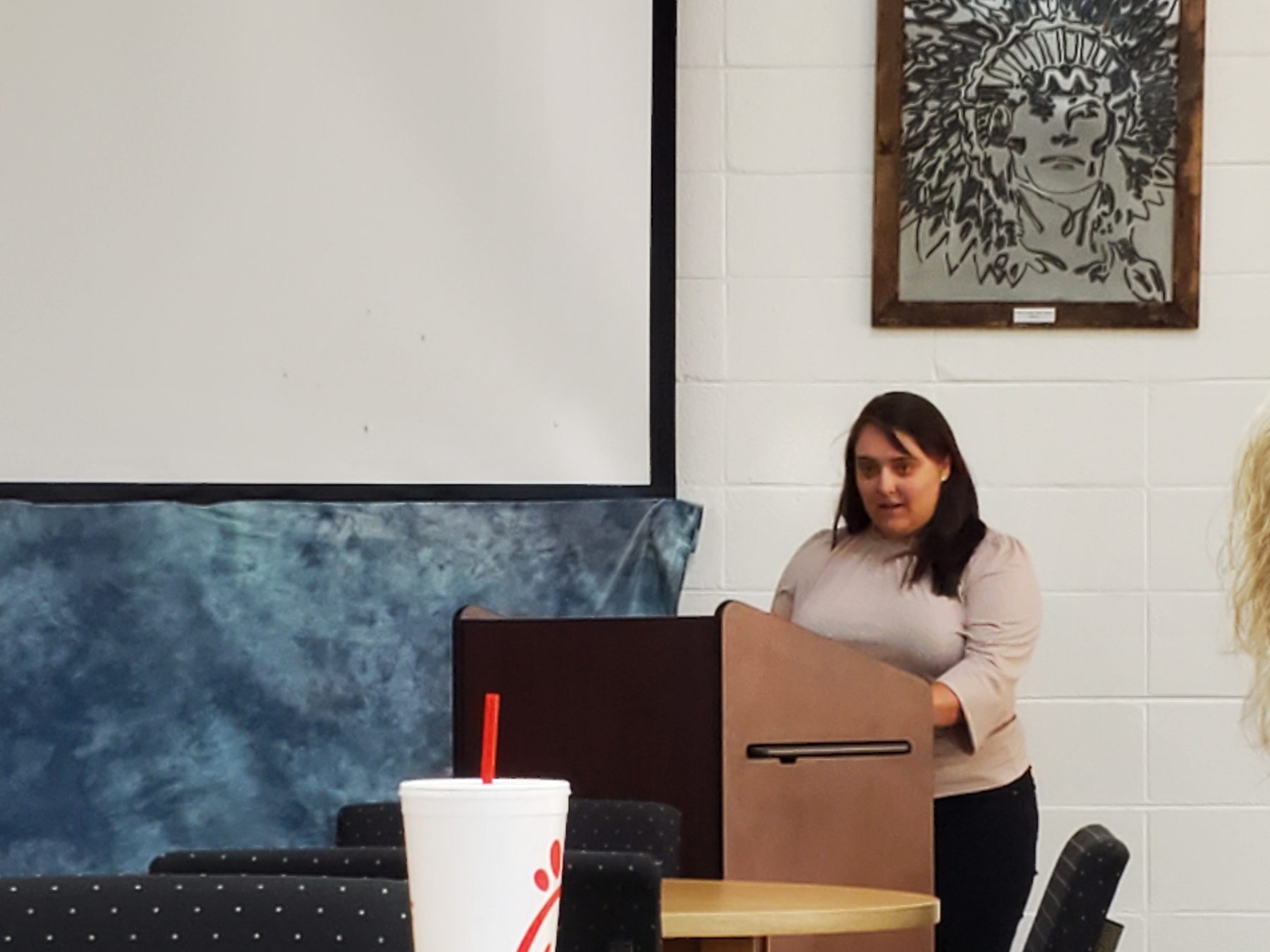 Skelton is a White County graduate class of 2015, that went to college with the intention of coming back and teaching at the school. After college at Piedmont, she worked at Dawson County High School as their drama teacher for a year. Upon learning of the job opening left by long-time drama teacher Pete Talton, Skelton eagerly applied and was hired for the position.

“I was super excited because it had been a long-term goal of mine to teach Drama at White County, and I didn’t know the opportunity was going to come so soon but when it did I jumped on it,” explained Skelton.

Wiley has been working at White County High school since 2018 and since that time two drama teachers have now stepped down due to his behavior towards them. Wiley was previously an Assistant Principal in Hall county schools as well.

Skelton brought the same successful teaching style that she had used during her time with Dawson County to the job. During the first semester of school, there were no problems, she focused on transiting the kids to a new teacher for their program.

However, in December Wiley began to state there had been problems with her performance that he chose to ignore at the moment but address in front of other staff. From there the tension between Wiley and Skelton began to escalate until July 13 when Skelton announced her resignation from the school system.

Skelton attended the July 28 Board of Education meeting to inform the board members about the treatment she received from Wiley. At that meeting they were not able to directly comment on the information she gave them, however, they did state that they would get back to her at a later date.

Due to the matter being personal, the Board of Education Chairperson Missy Jarrard was not able to make a comment. Wiley was also approached by FYN for comment and chose not to comment at this time.

The allegations that Skelton has made against Wiley are that he bullied her, undermined her authority with the students and allowed members of his family to be very disrespectful towards her. According to Skelton, Wiley did everything in his power to both turn the students and the families of the students against her while they were working on the Legally Blonde play.

Skelton informed the Principle, MaryAnne Collier of the situation, with Wiley. Collier was supportive of Skelton but there was not much she could do to help because when questioned Wiley either denied the allegations or talk his way around them.

Wiley’s wife, Annabelle, is the President of the Theater Booster Club and Wiley’s dad, Bob, helped build the sets for Legally Blond. Wiley’s son was also a student of Skelton’s at the time. Skelton felt that she had to be careful what she said all the time because it would get back to Wiley and be used against her.

“At any given point there was at least one Wiley around me and I felt very surrounded and like every little thing I would say would be brought back against me, and I got to where I was so worried to even go to school because I knew everything I did was being used against me,” stated Skelton.

Things were so bad that Skelton sought therapy to help deal with the environment she was dealing with at work. She considered not signing her contract for the new school year but she was promised that things would be better. Throughout the summer though she continued to hear rumors and could tell things were just going to continue to get worse so she announced her resignation.

Skelton will not be teaching this school year because she needs a break to process all that she went through. She has not ruled out accepting a teaching job in the future though but it will not be in Georgia.