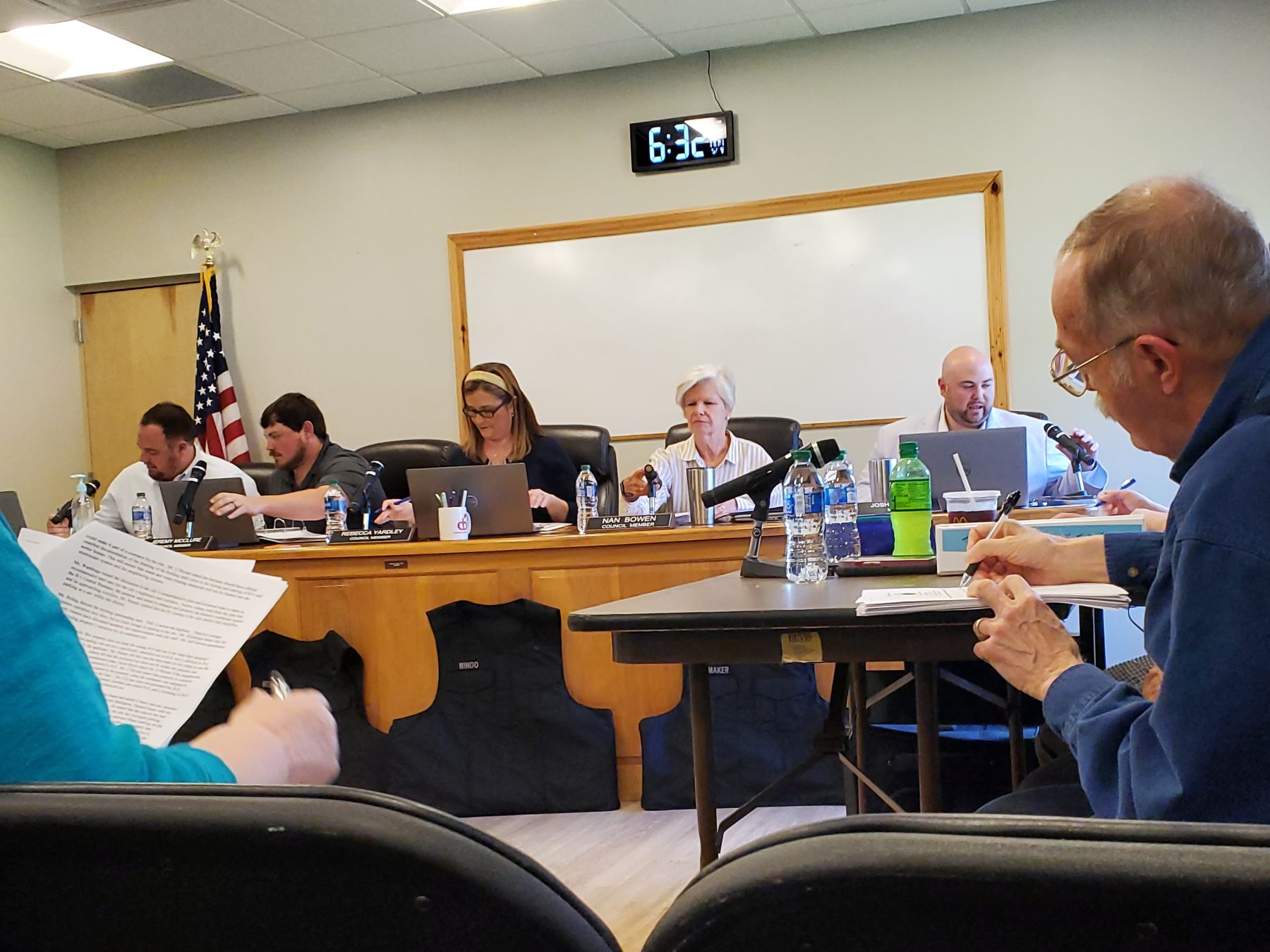 CLEVELAND, Ga.- The Cleveland City Council denied a request by the Cleveland Church of God, Inc. for rezoning from a B2 district to a B1 district.

The council also heard from representatives of the Foundational Literacy nonprofit during the meeting. Edwin Nix from the Water Authority gave the council another presentation at the meeting over what is currently going on at the authority and asked for a future sit down to review a contract update.

Cleveland Church of God, Inc. was represented by Patrick Ballington for the request to rezone  Parcel 047D–077 located at 1882 E. Kytle Street. This area is currently being used as a parking lot. The church has a buyer interested in purchasing the property and using it as a paid parking lot.

The buyer does not plan to make any changes to the property other than adding a small 100 sq. ft. office space. The space will only use electricity. The reason for the rezoning requests is due to wording in B1 that allows for a camper, RV, and automotive parking area.

Currently, B1 zoning is designated for the Historic Square District. Under this zoning, there are no setback requirements which is why is only used for that district. 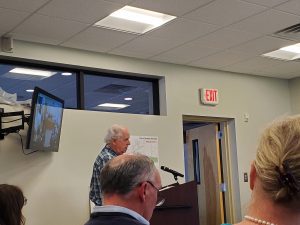 Mr. Rush Mauney while delivering his opposition to the rezoning request.

Speaking in opposition to the request was a former council member, Rush Mauney. Mauney was against this request because of the no setback requirements and suggested that the council revisit the zoning designations rather than just grant requests to change the districts.

The council voted three to one to deny the request. The church may resubmit the rezoning request in six months for another consideration. 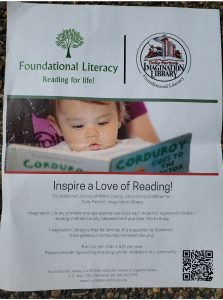 The flyer for Foundational Literacy

John and Vicki Alken founders of Foundational Literacy gave the council a presentation on what the organization does in the community. They have partnered with Dolly Parton’s Imagination Library to provide 12 books each year to children from newborns to five years old.

They have partnered with Cleveland Care, the local Head Start program, and TGap Elementary school to get more books into the hands of children. The only request the Alkens made of the council was to help spread the word about their program. To find out more or to sponsor a child visit https://www.foundationalliteracy.org/.

Nix was next up to speak to the council. He gave an update on the amount of water the City used in Apr. which was 8.1 million gallons. Nix is currently working on the authority’s annual budget which he will present to the council 30 days prior to it going into place.

Another reason Nix came before the council was to ask to have a sit-down meeting to reevaluate the current contract between the City and the Water Authority. The contract has been in place the entire time Nix has worked with the authority for around 22 years.

He would like to see Cleveland take a contract similar to Helens where they pay a set monthly fee for water instead. He also requested that the city consider sharing the cost of calibrating the master meters with the authority instead of them being checked twice. 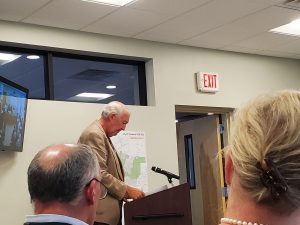 Mr. Edwin Nix while speaking about the water authority.

At this time the council took no action on either request by Nix. There was a possibility for the calibration cost to be on the next agenda.

The Chamber of Commerce also announced that on Thursday, May 12 they will be hosting a community block party just off the square in Cleveland. The event will take place from 2 to 7 p.m. and will feature local businesses such as 4 Elephants Catering. Everyone is invited to attend.