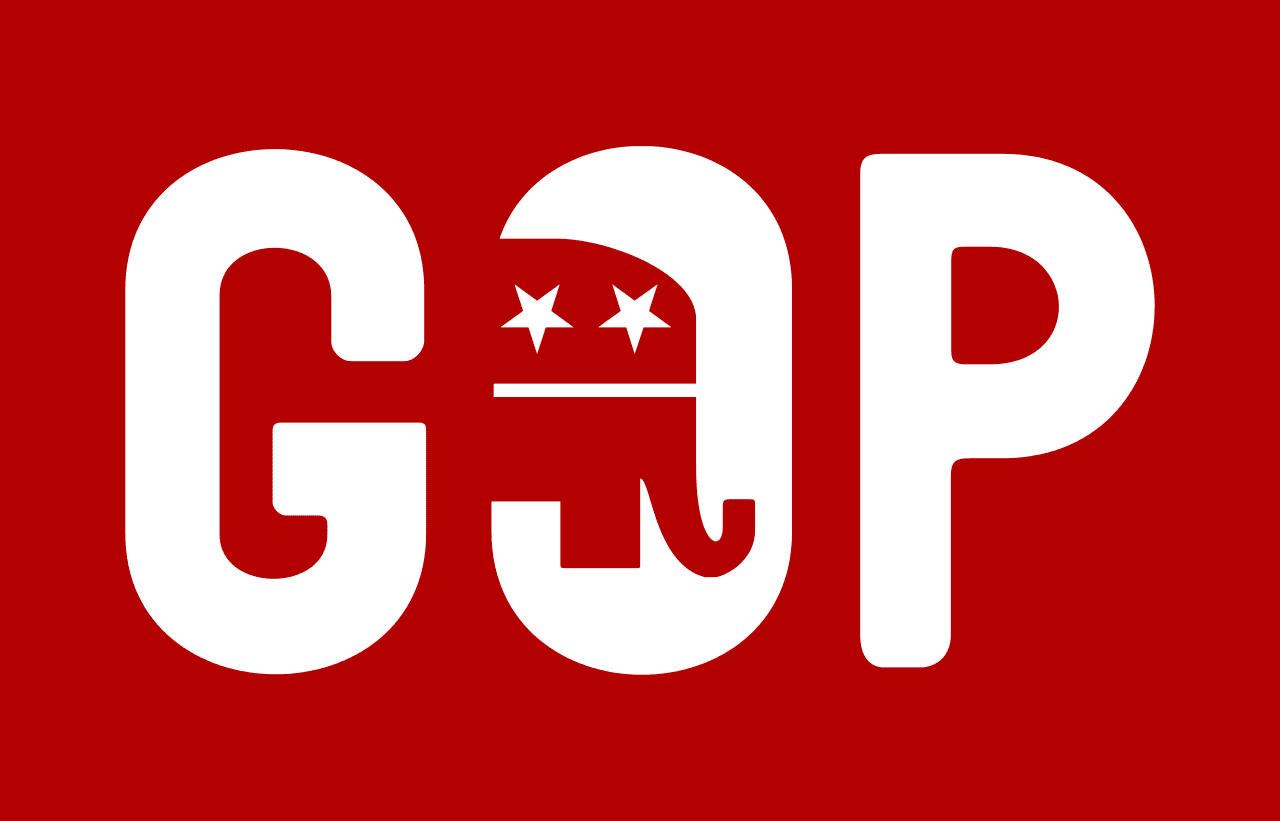 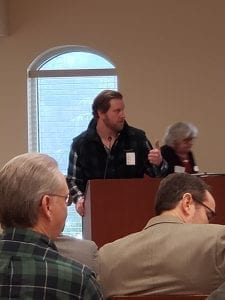 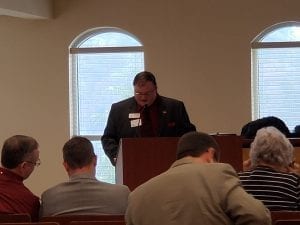 Part one of the convention, the Precinct Mass Meetings, started at 9 a.m. with the 13 precincts that make up Gilmer County voting for delegates for part two of the meeting (the County Convention), as well as precinct secretary and chairman. According to the Gilmer County Republican Party website, “Each precinct has a certain number of delegates based on its votes in the 2016 Presidential election. Generally, however, there are enough delegate slots such that all the participants can be delegates to the County Convention.”

At 10 a.m., after the Precinct Mass Meetings and a brief recess, the County Convention began, which is a meeting of all of the delegates from the precincts. During this meeting, the delegates elected officers for the county Republican party for the next 2 years, as well as delegates and alternates for the District and State conventions to come.

The first act of business was County Convention Chairman Stephen Aaron nominating Larry Lynch to be parliamentarian, though this statement was revoked with Stephen Aaron requesting nominations for Convention Secretary. Sally Forest was nominated and elected uncontested. Larry Lynch was then nominated by Stephen Aaron, with Sheriff Stacy Nicholson being appointed Sergeant at Arms.

According to parliamentarian Larry Lynch, for the Gilmer County Republican Party bylaws, not much was reported to have changed, though the Assistant Secretary position was removed. The Communications Director was given a title and made a more substantial part of the community. The word “Board” was removed, the term County Executive Committee now being used throughout the bylaws. No further proposed amendments were made and were adopted by the party uncontested.

During the report from the Nominating Committee, parliamentarian Larry Lynch nominating Richie Stone as chairman, Rita Odom as 1st Vice-Chairman, Gary Engel as 2nd Vice-chairman, Georgia Cobble as Secretary, and Trent Sanford as Treasurer. No additional nominations were made, and all were elected uncontested. 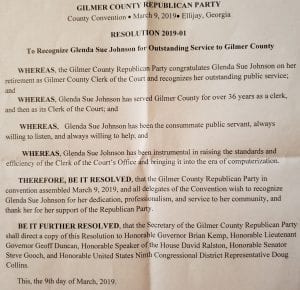 During Resolutions from the Resolutions Committee, Glenda Sue Johnson, Clerk of Superior Court for over 34 and 1/2 years, was recognized during the convention for her outstanding public service to Gilmer County, as well as the Republican Party. No other resolutions were made.

Membership to the Gilmer County Republican Party is open to all legal voters, though if you’re not a resident of Gilmer County, you won’t be able to be a delegate to the conventions.