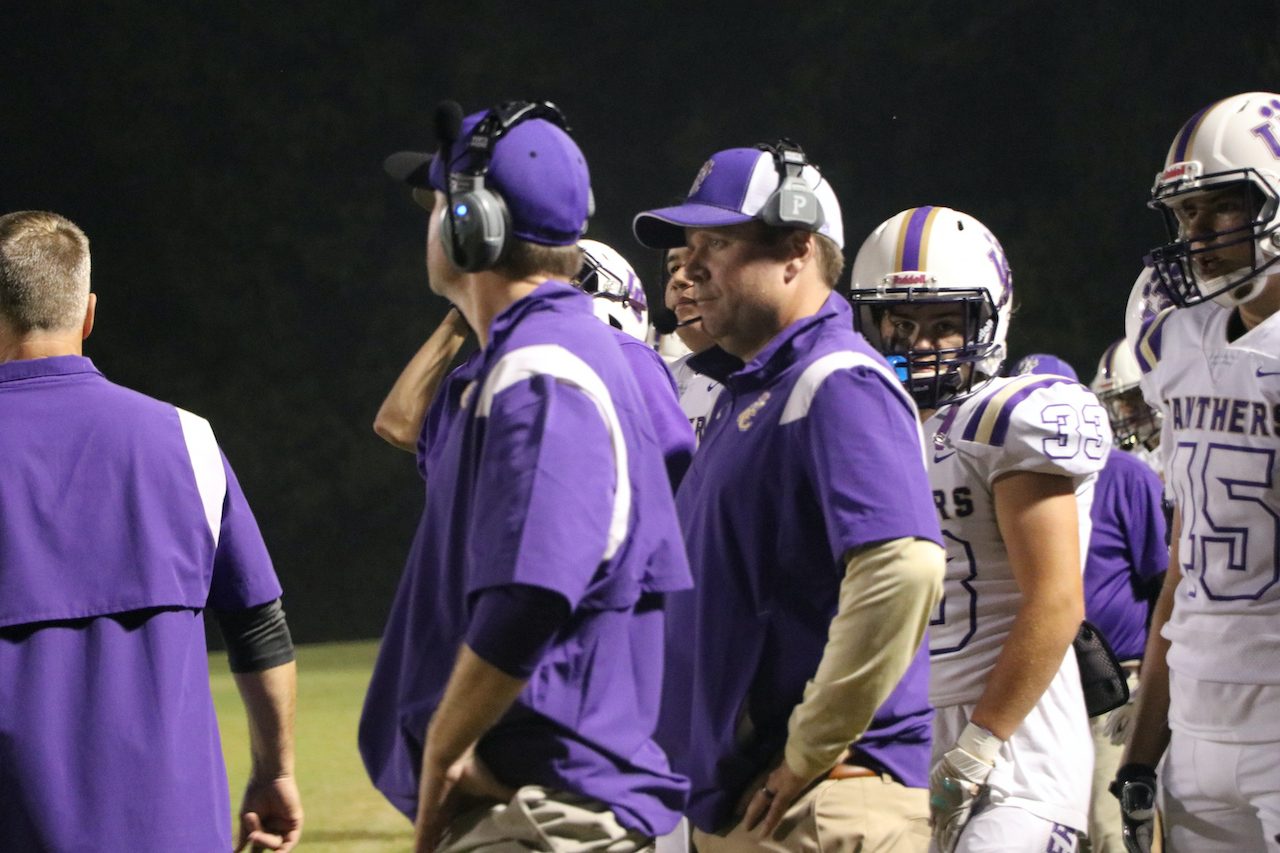 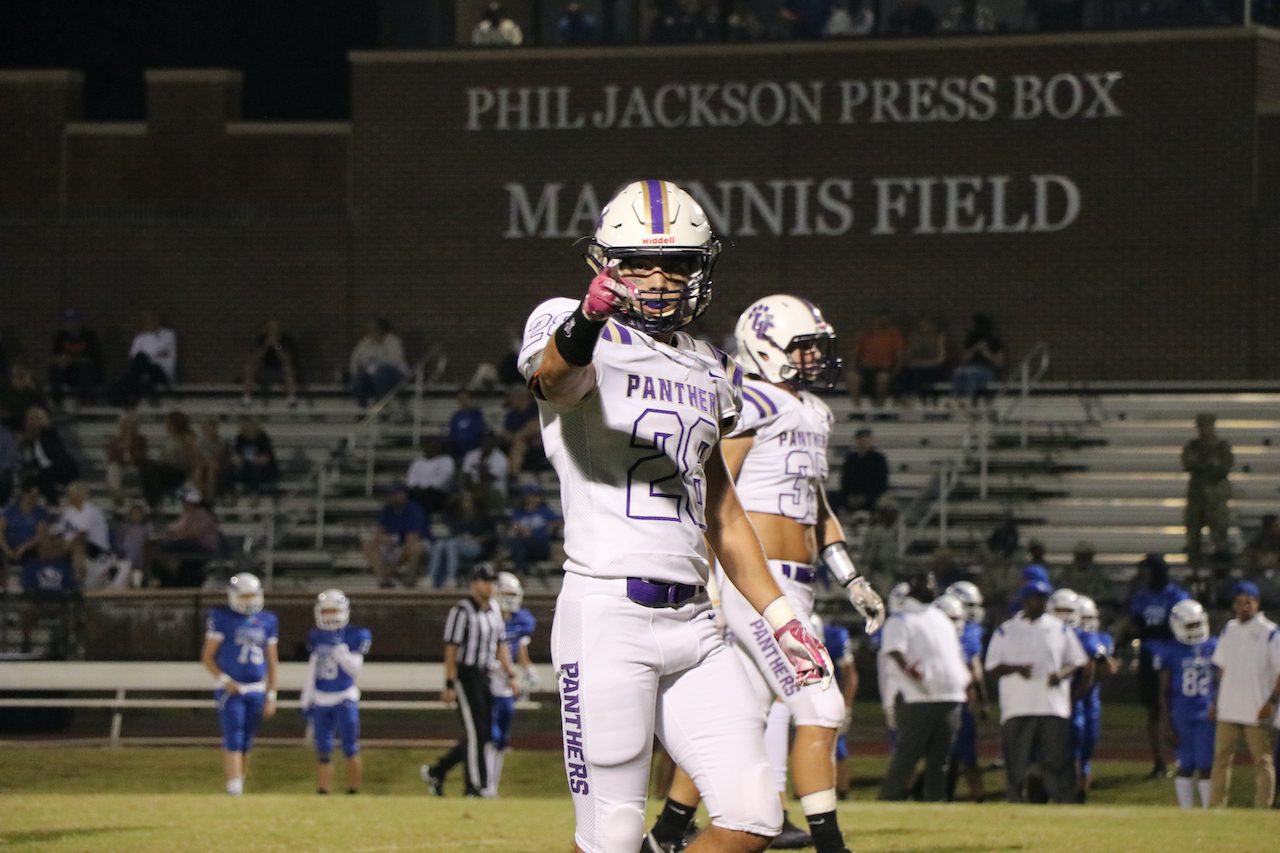 The Panthers started off the game with the ball and attempted to get the running game going. The Panthers moved the ball well with the running game and quickly moved the ball into Eagle territory after a 20 yard run by Senior Quarterback Logan Helcher. Helcher had another 20 yard run to move the Panthers inside the 10 yard line. Helcher scored the first touchdown of the game with a 2 yard rush into the end zone. The Panthers defense quickly forced a punt on the Eagles first drive of the game. The Panthers started moving the ball again and got the passing game going after moving the ball easily with the run game in the last drive. On the 5th play of the drive, Helcher found Senior receiver Keyton Chitwood for a 30 yard touchdown. The Panthers took a 14-0 lead. The Eagles picked up a quick first down but the Panthers held the Eagles to another punt. On the next drive, the Panthers offense wasn’t able to move the ball well and on 3rd down Helcher’s pass was intercepted after it bounced off of Sophomore Jensen Goble’s hands. The Panthers defense came back out and played very well and forced another Eagles punt. Helcher found Junior receiver Griffin Young on a screen pass and Young gained 33 yards after the catch. The Panthers led 14-0 at the end of the 1st quarter. 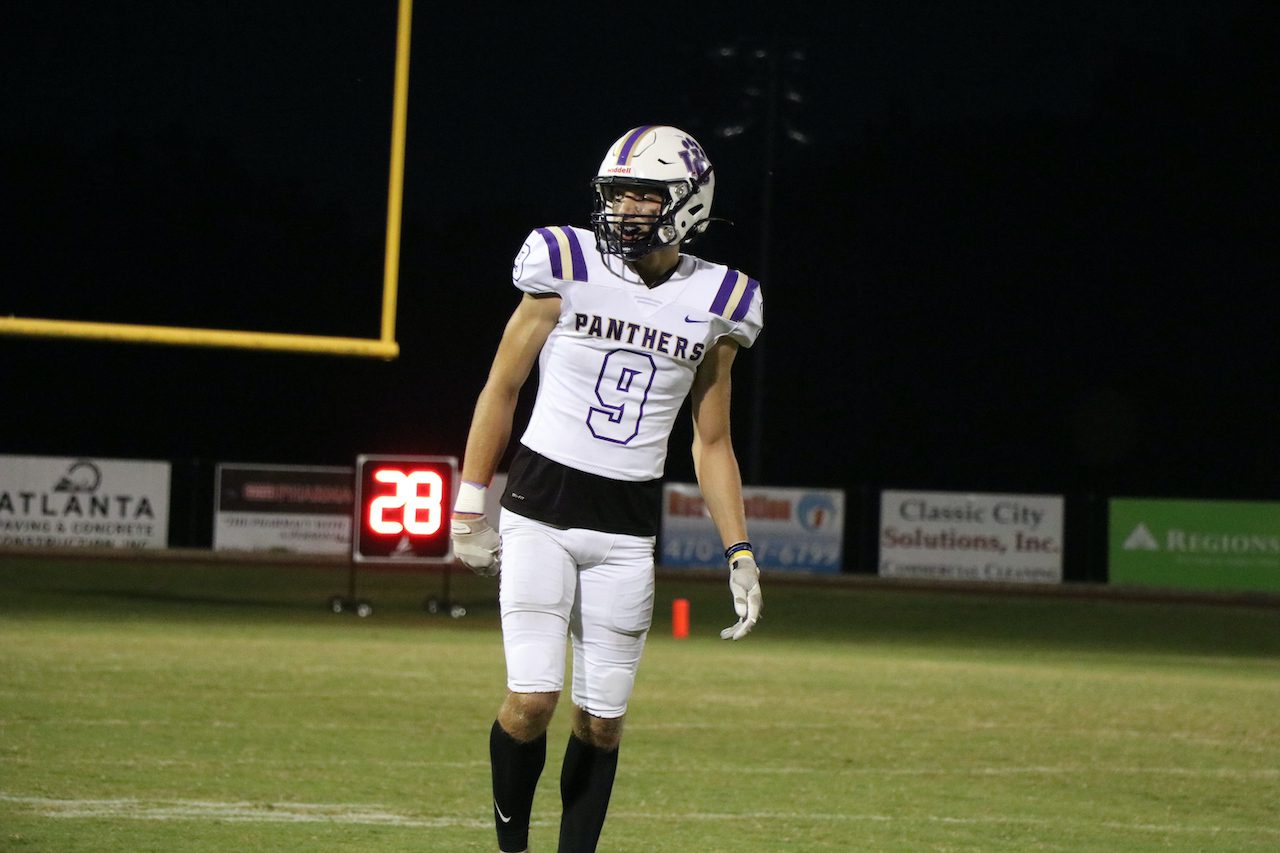 To begin the quarter, the Panthers drove 40 yards and scored on a 1 yard run by Sophomore runningback/backup quarterback Caiden Tanner to give the Panthers a 21-0 lead. The Panthers defense had multiple penalties and couldn’t get off the field which led to a 10 minute drive by the Eagles and they scored to cut the deficit to 21-7. The Panthers’ offense had 2 dropped interceptions on their drive.  On the second play of the Panther drive, Helcher threw his 2nd interception of the game. The Eagles scored quickly to cut the deficit to 21-14 late in the 2nd quarter. To end the half, Helcher ran a designed QB run 40 yards for an exciting touchdown  as the half ended. The Panthers led 28-14 to end the first half.