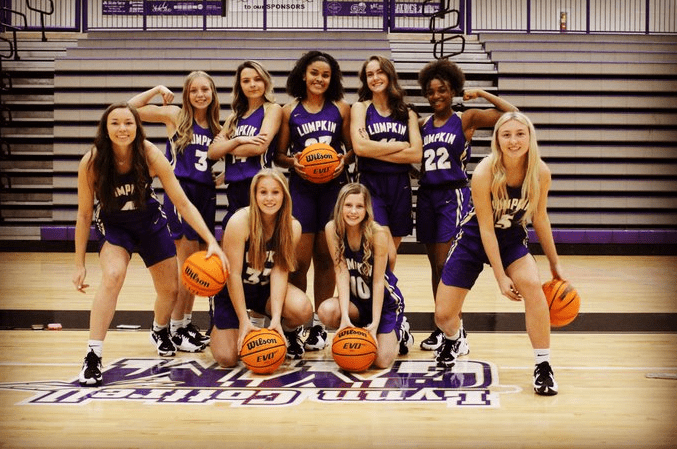 It was a solid performance overall for the Lumpkin Co. girls. This game had all the makings of a very competitive game and some thought it may be a toss up. Lumpkin got out to a good start, they had a bunch of steals in the first half leading to some easy opportunities. As well the three ball was falling for the Lady Indians and it really helped them stretch their lead out in the 2nd and third quarters.  The Lady Indians though were in control throughout the game.  It is a very solid victory for the program which is looking to do big things this year. Averie Jones had a big night for Lumpkin also the Lady Indians were perfect shooting 100% from the free throw line in route to their 53-35 victory.

In the boys game, it was a very evenly matched game with lots of back and forth action. It felt like most of the game it was a total toss up as to who would win. Davenport was the leading scorer for the Indians on the night with 14 points. It was a balanced effort though as freshman Cal Faulkner had a good game with 12 points. Jones Harris had 11 points as well to round out the double digit scorers. Unfortunately though it was Dawson that protected home court and made a few key plays down the stretch to win 53-48.