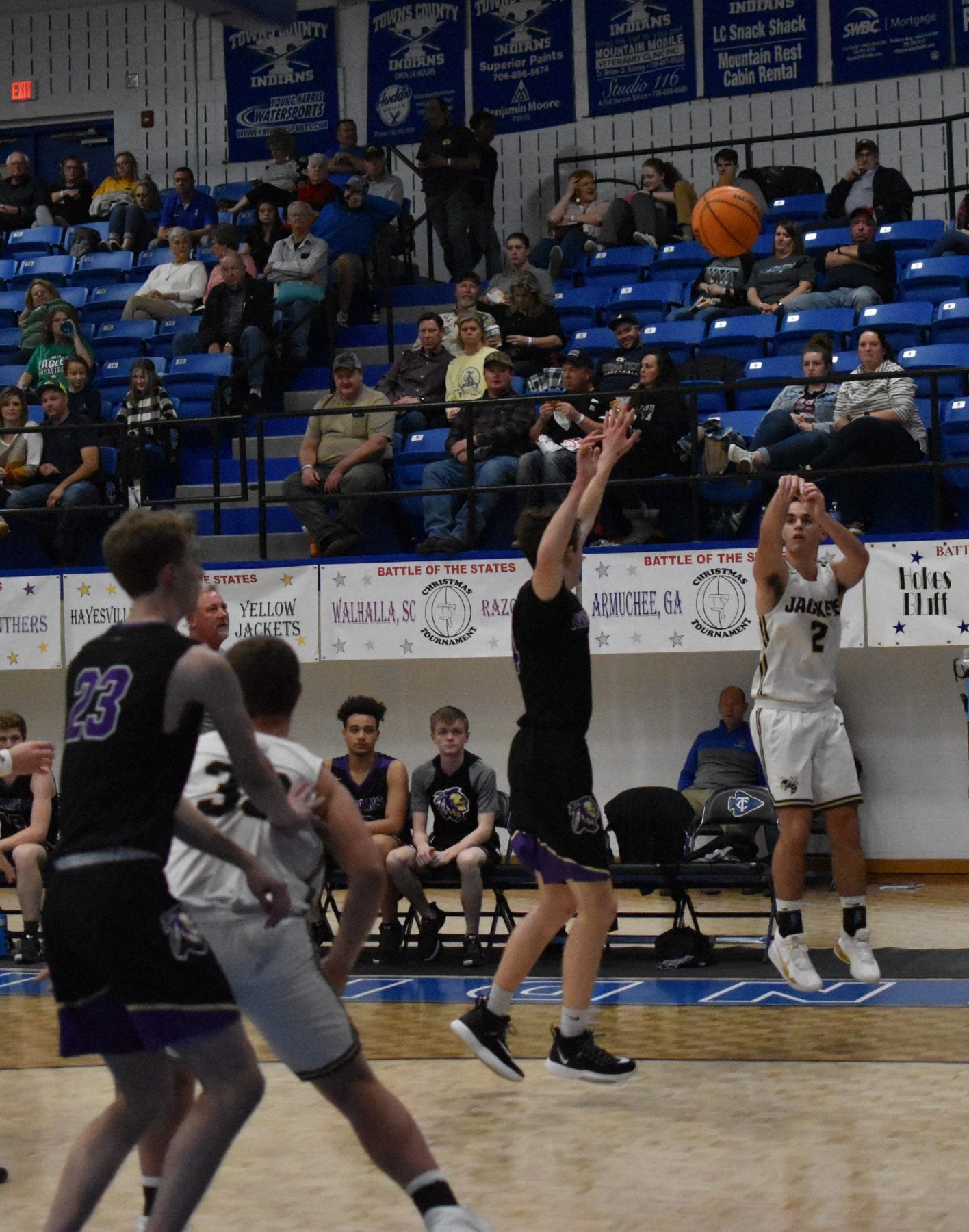 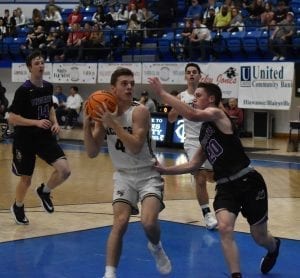 Hayesville head Coach Mike Cottrell said this game could be a turning point for their season. He was wondering how his team would respond to being upset the night before and having to play again today. Cottrell said if they lost the game then it kinda takes them back to drawing board. Yet if they won it, it would show toughness and help them start to find their identity.

It did not take long to realize that the Hayesville Yellow Jackets had a buzz about them and were playing as hard as they had all season. They came out early in their patented 1-2-2 full court press which gave the Lumpkin Co. Indians fits early in the game. Hayesville did not quite have their offense humming yet in the first quarter. Yet their stifling defense and some fastbreak points gave them a first quarter lead 11-8. 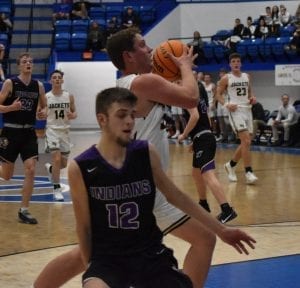 Coming into the fourth quarter it appeared Hayesville would cruise to an easy victory. Lumpkin Co. had something left in the tank though with a few big threes and all of a sudden the lead was down to single digits. Just when it appeared Hayesville may start to be slipping they pounded it down low to Sophomore Jake McTaggart. He responded with eight fourth quarter points on a variety of post moves. That and some good ball handling by the Yellow Jackets playing keep away sealed their victory. The Yellow Jackets won 57-45, placing third in the tournament.

The Hayesville Yellow Jackets got a great performance from Junior Brady Shook tonight. He had been in a sort of slump but responded big time with some timely rebounds, great defense and 13 points. Junior Blake McClure took several charges sacrificing for his team on the defensive end and had 11 points on the night. Sophomore Jake McTaggart earned an all tournament selection with sixteen points on the night and had a total of 74 points in the three day tournament. 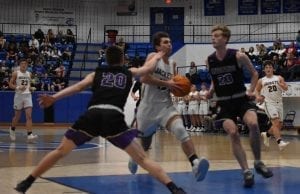 Look towards the middle of the upcoming week for your weekly Yellow Jacket review and preview. As always remember to tune in to all the latest coverage of Yellow Jacket Basketball with FYN sports on Facebook, Twitter, Instagram and at https://claync.fetchyournews.com/category/teamfynsports