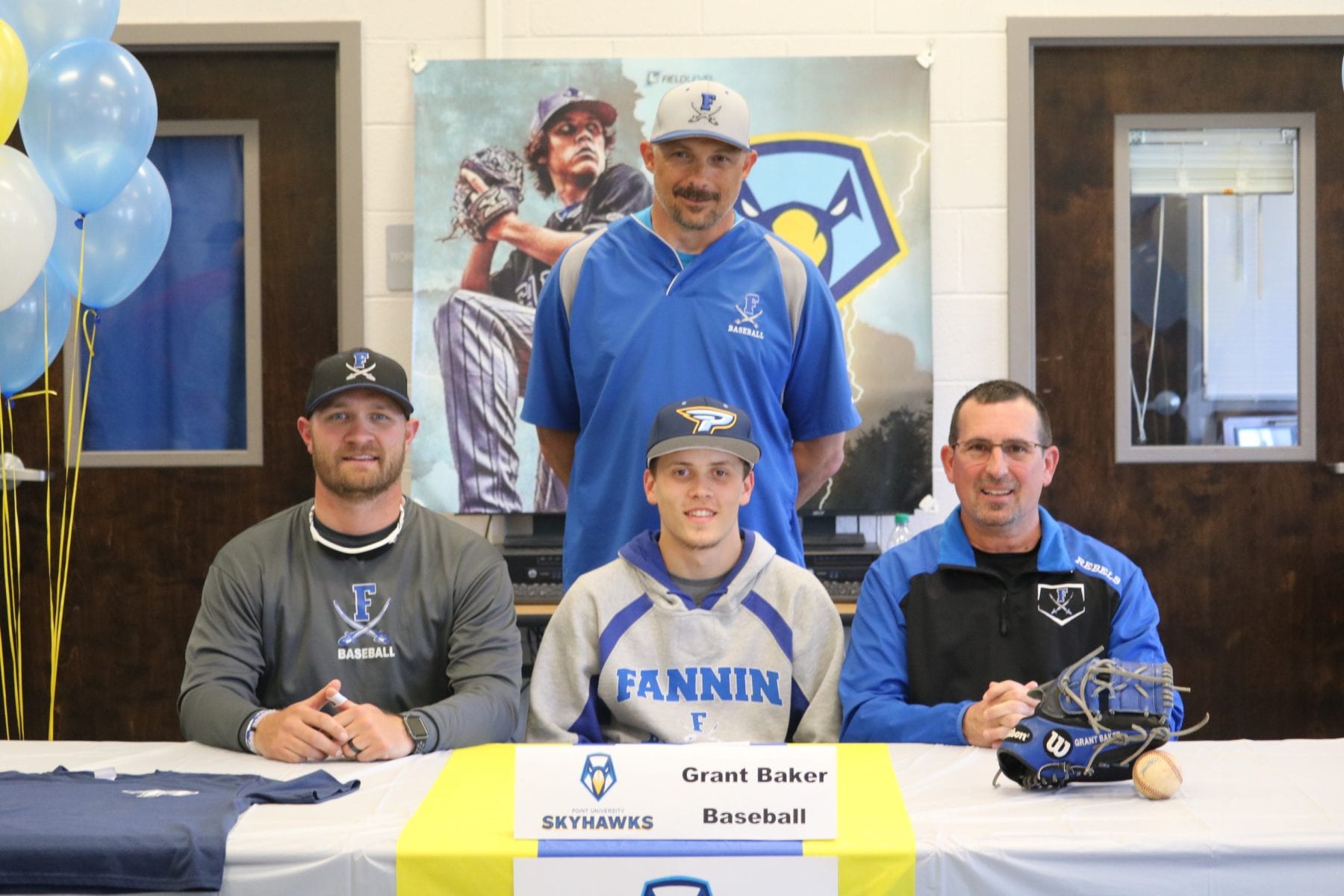 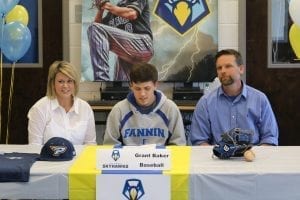 It was a very important day for Fannin County High School Senior Grant Baker and his family.  With his mother Linda and his father Brandon at his side, Grant took his place at the table to sign his National Letter of Intent. His choice for furthering his education was Point University in West Point, GA.  Known as the Skyhawks, Point University is a NAIA private Christian college in the Appalachian Athletic Conference with universities as Reinhardt in Waleska, GA. and Bryan College in Tennessee.

In Attendance for the ceremony were School Administrators, Coaches, teammates, and family all looking on in excitement and support for Baker as he continues his education and do one thing he loves, 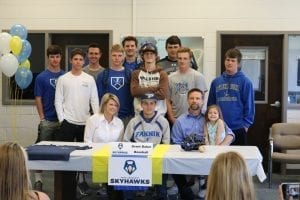 that is to play the game of baseball.  Grant Baker has played this game most all his life starting in recreation ball through Fannin Co. Recreation Department to present where he is finishing his high school career with the Rebels.  In the last three years as a Rebel, Baker has won 11 games and pitching 109 innings with 87 strikeouts and a earned run average right at 3.00.  Baker helped lead the Rebels to their first playoff appearance in several years after the 2017 regular season and is competing hard to do the same in the 2018 season.

His High School Accolades include the 2015 JV Rebel Award and the 2017 Fannin Co. Pitcher of the Year.  Baker also has played travel baseball for the East Cobb Black Knights out of Marietta, GA where he was named to the Perfect Game All-Tournament Team 9 consecutive times.

Congratulations to Grant Baker and his family on this great opportunity in continuing his education and growing in to the man he wants to become.

See the full video of this event below: