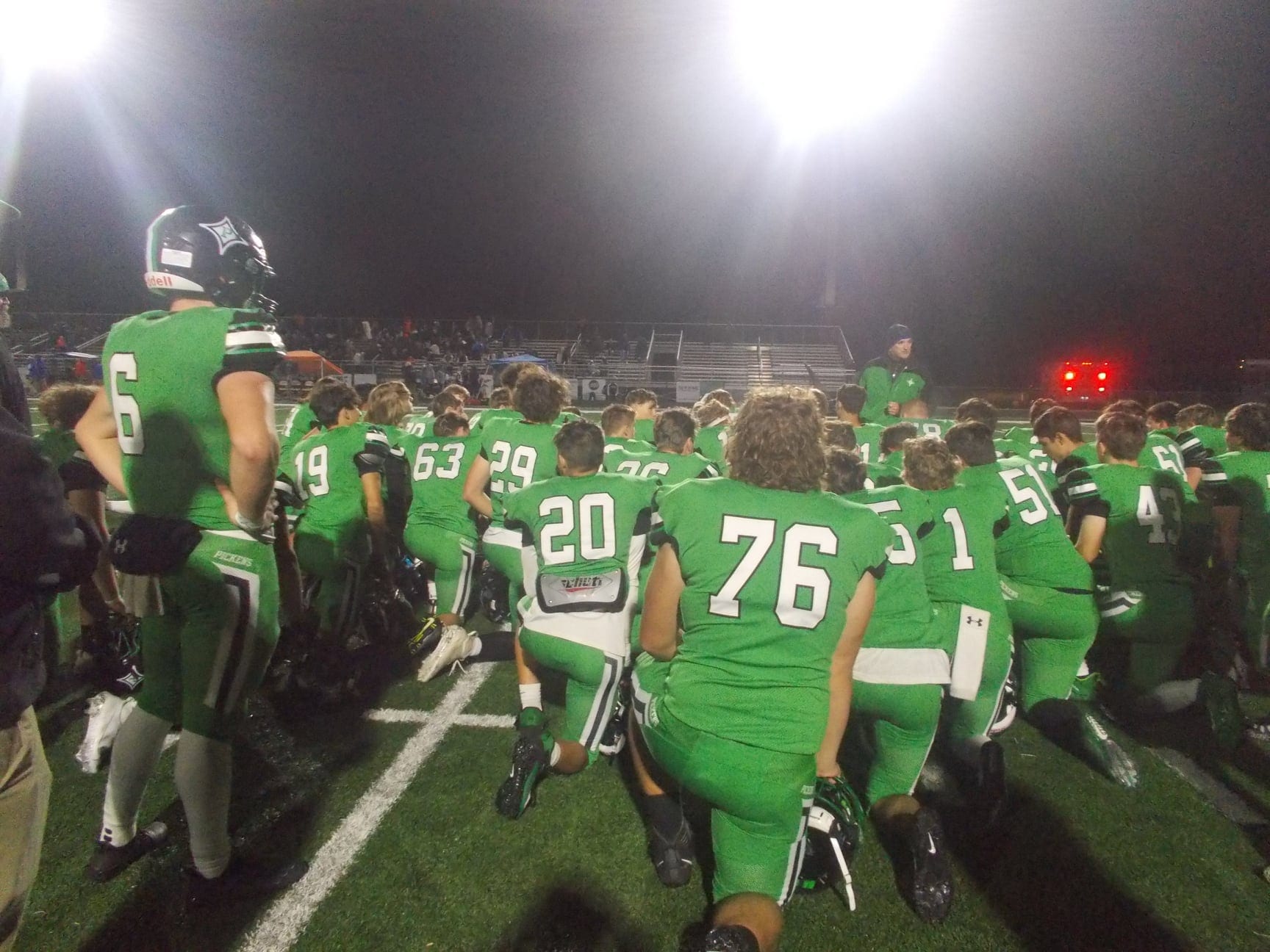 Jasper, GA — Last night, the Pickens Dragons welcomed the Northwest Whitfield Bruins to Dragons Stadium for the 2020 regular season finale. During a couple points of the year, it was unknown if there would even be a season, let alone a regular season finale. The winner of this game believe it or not, would be in line to host a first round playoff game next week due to all the craziness that was this season and missed games. This game was close throughout. The Northwest Whitfield Bruins held on in the end 28-23.

Pickens, as seems to be customary this season, won the opening toss and elected to receive. Using a combination of the run game and a quick passing game attack, the Dragons scored on their opening drive after a 1-yd Jarod Whitmore touchdown run. With 4:24 left in the opening quarter, Pickens led the Bruins, 7-0. The opening possession for Northwest Whitfield ended early as a screen pass intended for a Bruin receiver was ruled a fumble and Senior Sy Chadwick of the Dragons would recover it. Pickens however would not be able to convert that turnover into points as they were stopped on 4th down. Using a long run on their next possession, the Bruins were able to get in the end zone after a 1-yd pitch pass. Heading to the second quarter, we were all knotted at 7. 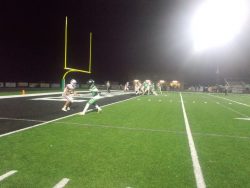 Things in the second quarter didn’t really pick up until about 1:03 left in the first half. The Bruins took their first lead of the night with a 3-yd touchdown run to make it 14-7. After a big pitch and catch from Junior Collin Kellogg to Senior Mykel Hand, the Dragons cashed in with a 6-yd touchdown run by Sophomore Kadyn Hampton to tie things up at 14 a piece with 30 seconds left. Northwest Whitfield, after a long pass play of their own, was able to set up for a field goal attempt with little time left in the first half. The field goal attempt went wide left as time expired and we hit the halfway mark all tied at 14. 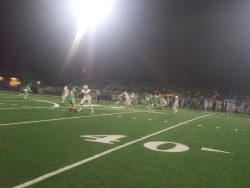 The Bruins got the ball first in the 3rd quarter. The Dragons were able to force a punt from Northwest Whitfield. It rolled out at the 50-yd line and that’s where the drive would start for Pickens. The Dragons, settled for a field goal attempt to try to retake the lead. Senior Jose Sanchez booted a 44-yd field goal between the uprights with plenty of leg to give Pickens a 17-14 lead with 6:49 left in the third. The next possession for Northwest Whitfield saw the Bruins reclaim the lead after an 18-yd touchdown pass. With 4:22 to go in the third, Northwest Whitfield led the Dragons, 21-17. On the kickoff following the Bruin touchdown, Northwest Whitfield was able to recover a fumble after the pooch kick. The Bruins, were able to turn that into points as they scored on a 5-yd touchdown run to make it 28-17 going to the fourth quarter. 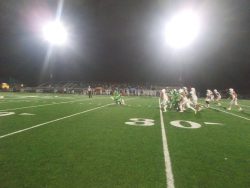 The score remained the same in the fourth quarter until the 3:20 mark. The Bruins were looking to drain the clock and decided to go for it on fourth down. The Dragons defense was able to get the stop and get the offense out on the field. Knowing they needed a big play and fast, Pickens dialed up a pass play and Kellogg found Mykel Hand for a 60-yd touchdown. The Dragons then went for two to cut it down to a three point game, but that was unsuccessful. Pickens found themselves down 28-23. The Dragons then went for the onside kick. After a great kick by Sanchez, Pickens fell on the loose ball and took over on offense. On the first play after the onside kick recovery, the Bruins picked off a pass attempt by the Dragons. After a couple of runs from Northwest Whitfield, they were able to run out the clock and come away with the win, 28-23.