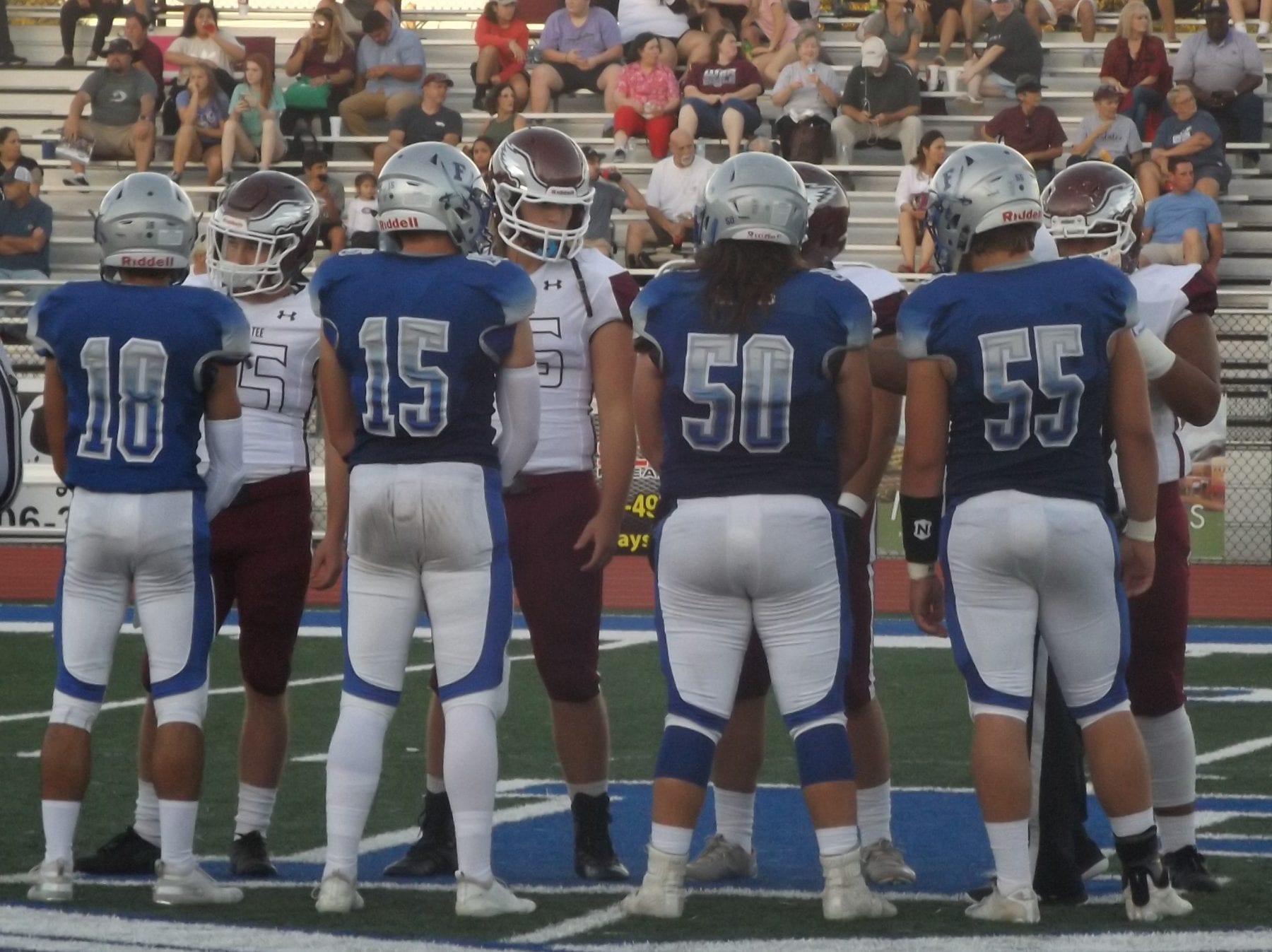 Fannin County High School Rebels start the game strong as Treylyn Owensby ran for over an 80-yard gain to the Chestatee High School War Eagles 17-yard line. Luke Holloway connects with Will Mosley for the touchdown and the Rebels went for the extra point, but it was blocked. Rebels take the lead 6-0. 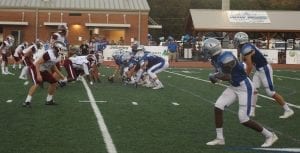 War Eagles take possession at the 29-yard line. Rebels defense started strong not allowing the War Eagles to cross the 50-yard line. Some incomplete passes and a few tackles later, the Rebels are back in possession.

Rebels offense takes over at their own 49-yard line. Rebels fans thought Holloways 49-yard sweep would result in a touchdown, but the yellow flag would bring back the attempt. In the next play, the War Eagles intercept Holloways attempt to connect with Jalen Ingram.

War Eagles capitalize on the turnover with a touchdown and a successful 2-point conversion. The War Eagles take the lead 8-6 with under 5 minutes left in the 1st quarter.

Rebels erased the War Eagles touchdown with a 26-yard gain between Holloway and Chandler Kendall and another 27-yards from Owensby. The Rebels light up the scoreboard with a touchdown and Matthew Postell with the 2-point conversion, taking back the lead 14-8 at the end of the first quarter.

The War Eagles attempt a comeback at the start of the second quarter as their quarterback keeps the ball for a 30-yard gain before being tackled by Jackson Weeks at the 3-yard line. On the next play, the Rebels pick up the fumble on their own 10-yard line.

Rebels capitalize on the turnover as Holloway and Kendall make an 88-yard connection for the touchdown and Sosebee gets the extra point. Rebels find themselves up 21-8 with a near 10 minutes left in the 2nd quarter. 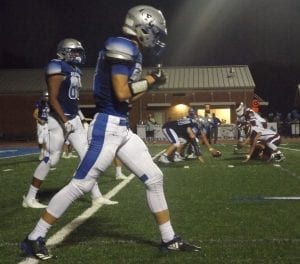 Rebels offense gets the wheels turning with Owensby’s 31-yards, Mosley’s 18-yards, Andre Bivins’ 17-yards, and Holloway’s 10-yards for a total of 76 yards. With less than 2 minutes in the first half, Owensby makes the touchdown and the 2-point conversion, continuing the Rebels lead 29-8.

War Eagles continues to answer with a touchdown and a successful 2-points now making the score 29-16. Rebels take possession but Holloway’s attempt to connect with Kendall was intercepted.

Rebels respond to War Eagles touchdown with the Rebels moving up the field with vigor, Owensby with 30-yards, Mosley with 6-yards, and a successful connection between Holloway and Ingram. With a long pass from Holloway, Mosley scored for a 28-yard touchdown. The Rebels were unsuccessful on the 2-point conversion attempt. The Rebels are up 35-23.

Rebels defense continues to struggle to contain War Eagles quarterback as he scores another touchdown. With the extra point good, Rebels now only find themselves up 35-30.

At the start of 4th quarter, War Eagles have the ball at their own 21-yard line. War Eagles completed a long pass to put them deep in Rebels territory. The War Eagles capitalize and score a touchdown on the very next play. A successful 2-point conversion puts the War Eagles 38-35 with 10:38 left in the game. 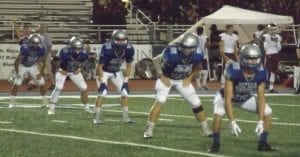 Rebels respond as Owensby gains at least 20-yards from the kickoff return. After some carries from Owensby and Mosley, the Rebels find themselves at War Eagles 34-yard line. Owensby would find the end zone for a touchdown. Along with the extra point, Rebels score 42-38.

Unfortunately, there was a pivotal moment in the game where Micah O’Neal was injured and taken off the field. TeamFYNSports followed up with Coach Cheatham, has been told that O’Neal is doing okay, and the doctors didn’t find anything.

With less than 5 minutes in the game, Owensby recovers the fumble at Rebels 30-yard line. The Rebels were not able to capitalize the recovery and they lose their chance for another touchdown.

With only 2 minutes left in the game, the Rebels try to keep the War Eagles from scoring, but the War Eagles gained a near 50-yards and get the touchdown and the extra point lighting up the scoreboard and defeating the Rebels 45-42.

This was such a close game and the Rebels played their hearts out. It seems like whoever had the ball last with more than 10 seconds on the board would be the team that won the game, this time it was the War Eagles. We can’t wait to see what the Rebels bring to Friday nights conference game against Cherokee Bluff High School. The Rebels will be playing at home at 7:30pm on September 28th. See you there, Rebels!