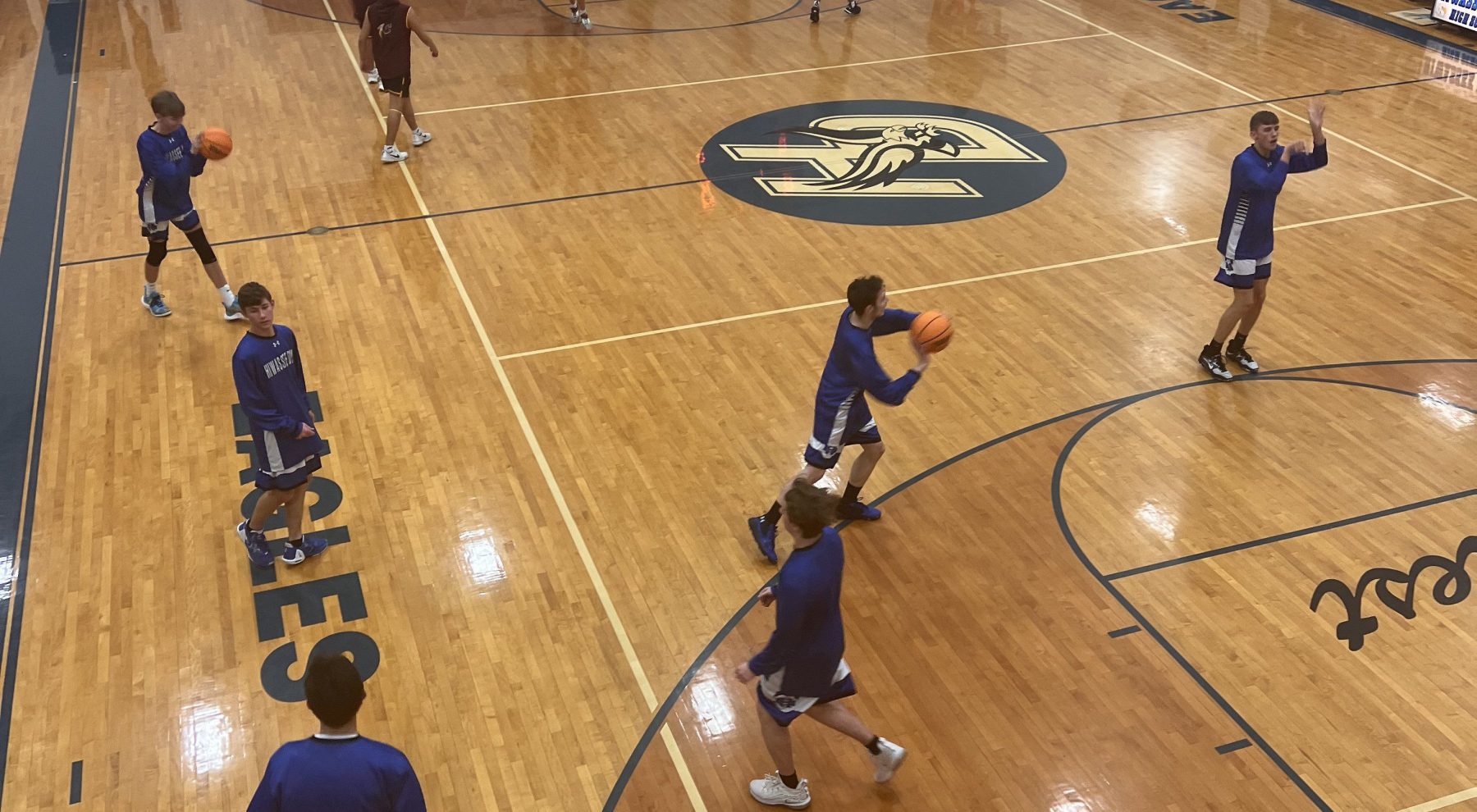 The Braves traveled to the Eagles Nest on Tuesday night for a little midweek roundball as the Hiwassee Dam played host to Cherokee. The Cherokee Braves would get the opening tip-off and fast break off of it for a layup that would put the first points on the board in this game. However, Hiwassee Dam responded quickly with shots of their own which kept the game close early. Leo Hickson was back in the starting lineup for the Eagles, an outstanding scorer and defender who was out last week vs Andrews, and Hickson played a big role in helping keep this game close for all 4 quarters. After 8 minutes of play, Cherokee and Hiwassee Dam found themselves in a 13-13 stalemate.  The Eagles started off hot in the 2nd quarter staying ahead most of the time, but things got heated 40 seconds before halftime as both teams returned to their bench after an altercation involving players from both teams.. The score was tied at 27 at this point and the altercation caused the game to be temporarily delayed and tension was felt amongst both teams the rest of the night. The score at the half was 30-27 as Cherokee hit a 3-pointer just before the buzzer to take the lead into the break. . In the 3rd The Eagles started to soar and The Braves watched four unanswered three’s rain over them like a storm. The Brave’s fouling wasn’t helping either, as the Eagles went to the free-throw line on numerous occasions to put more points on the board. By the end of the 3rd the Eagles were up 53-50 and Preston Hyde’s name was being heard all around the gym as he was pioneering this Hiwassee Dam upset. But the game at this point was nowhere near over, Elijah Lineberry had been a silent shooter all night for the Braves and already had 16 before the 4th quarter started. Fans were on the edge of their seats and an intense 4th quarter was waiting to be had. Cherokee didn’t start the 4th quarter how they would’ve liked to, but after a few missed attempts from deep, The Braves started knocking them down and retook the lead midway through the 4th- a lead that would not be taken back by The Eagles. Big men for both teams, Savian Davis and Clay Davis, went back and forth in the paint as Clay had 10 in the second half and Savian had 8 overall. Despite these efforts and being up at the start of the 4th, the Eagles weren’t able to leave The Nest with a win. Davis and Hyde combined for 45 for the Eagles in tonight’s matchup, while Lineberry and Jack Jack combined for 37 for the Braves. In a game that ended based on a set of free throws to ice it with 6 seconds left, Cherokee escaped and went home with a 70-66 win in an intense conference matchup. The Braves advance to 10-7 this season, and The Eagles are now 6-9 on the year.