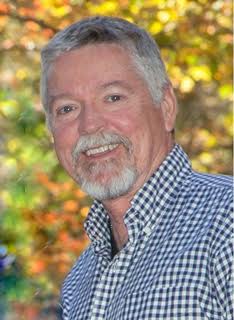 What does “repeal and replace” mean to you?  We heard the phrase used over and over again by our Washington Republicans since the Obamacare shackles were clamped on us in 2010.  The phrase certainly embodied the great hope of most Americans coming into our last national election.

Remember that to rid us of Obamacare, Republicans implored us to give them a majority in the House of Representatives.  This gave rise to the conservative Tea Party through whose efforts, Republicans were given the House majority they stated they needed to effect a “repeal and replace”.  However, having the House proved to not be enough and Obamacare continued to grow and metastasize.

So last year we voters “replaced” the “organizer-in-chief” with an outsider, a successful businessman, one who would drain the Washington swamp and finally rid us of our healthcare disaster.  He proclaimed while campaigning:

“Obamacare is a disaster. It will be repealed and replaced as sure as you’re sitting there. Repealed and replaced. Thank you. And we will have alternatives that will be so good, that’s so much less expensive. So much better. You will actually be able to keep your doctor and to have your plan.”

Now my understanding of what “repeal and replace” means is simple and straightforward as it probably is for you.  The most common definition of the verb “repeal” is to revoke or annul.  That’s the way I understand it.

Most of us would define the verb “replace” as to put something new in place of an existing thing.  Nothing confusing or ambiguous here, right?

Unless you have been off-planet this week, you know that the House passed the long awaited “repeal and replace” legislation which turns out now to be more “tweak and spin” than “repeal and replace” as our Republican elite assured us.  Some window dressing has changed, new language introduced but only maybe 10% of the original Obamacare provisions and mandates have changed.

In our new leader’s quote cited above, he makes a point of saying this new bill will be much less expensive for us.  Have you heard any of the pundits spinning the bill delineate how much less individuals will be paying in premiums and deductibles under the new provisions?  No.  Not a word because premiums and deductibles will not be coming down. But look, the administration got its win and that’s what really counts, right?

So, though we the voters have voted over and over again for a return to a freer, more capitalistic society things just keep moving left.  Just look at how the latest budget kabuki dance turned out.  With Republicans controlling the White House and Congress, we fully funded Planned Parenthood, the EPA budget, border security for several Middle Eastern countries but not the United States, and sanctuary cities.  There was only a very moderate increase for defense.  The bill was so bad that every Democrat in the Senate voted for it!

Look, I’m really not trying to trash our new administration.  In the area of national security and law enforcement, so far I give it an A grade.  However, I’m making a larger point here that the federal government is far too big, far too tyrannical and will never, never reform itself.  It is moving hard left.  Republicans won’t stop this since there is really only one party in Washington.  The Republicans love big government and its crushing of the individual as much as Democrats.  Electing more Republicans is not going to change this dynamic.  Whoever new we send will just be corrupted.

Therefore, we need to dramatically change Washington before it’s too late.  There is only one way to put the federal government back into the box the Framers intended it to be limited to – amending the Constitution through a convention of states process as provided for in Article V of the Constitution.

Therefore the states have the power to impose term limits on Congress (and maybe judges), to require a balanced budget, and to change the Senate back to being elected by the individual state legislatures all without the Washington technocrats having a say in the matter.  Many other amendment possibilities are being proposed but you get the idea.

Just this week, Texas became the eleventh state to commit to a convention.  Marxists are starting to get nervous because they know the power the states have to rein in their tyranny.  I hear George Soros is starting to write checks to thwart the Article V effort.  Do not believe any hysterical hyperventilating about a runaway convention.  This is absolute fear mongering nonsense.

Our Framers provided this mechanism for just what we are seeing today – a tyrannical federal government careening out of control.  The Article V provision is the only mechanism we have left for peacefully changing our government.  If your state hasn’t yet committed, urge your representatives to get on board.  Our Republic depends on it.