ATLANTA – The Georgia Department of Labor (GDOL) announced today that the unemployment rate in the Georgia Mountains region in March was 4.2 percent, down two-tenths of a percentage point from 4.4 percent in February. In March 2016, the rate was 4.6 percent.

The rate declined because more people became employed as the labor force continued to grow and employers laid off fewer workers.

Metro Gainesville had the lowest area jobless rate at 4 percent, while the River Valley region had the highest at 6.1 percent.

Meanwhile, Georgia’s seasonally-adjusted unemployment rate for March was 5.1 percent, down from 5.3 percent in February. It was 5.5 percent in March 2016.

Job seekers and employers are encouraged to use GDOL’s online job listing service employgeorgia.com to search for jobs or recruit new employees. In March, 2,900 new job openings in the Georgia Mountains region were posted on Employ Georgia. Throughout the state, 85,055 new job openings were posted. 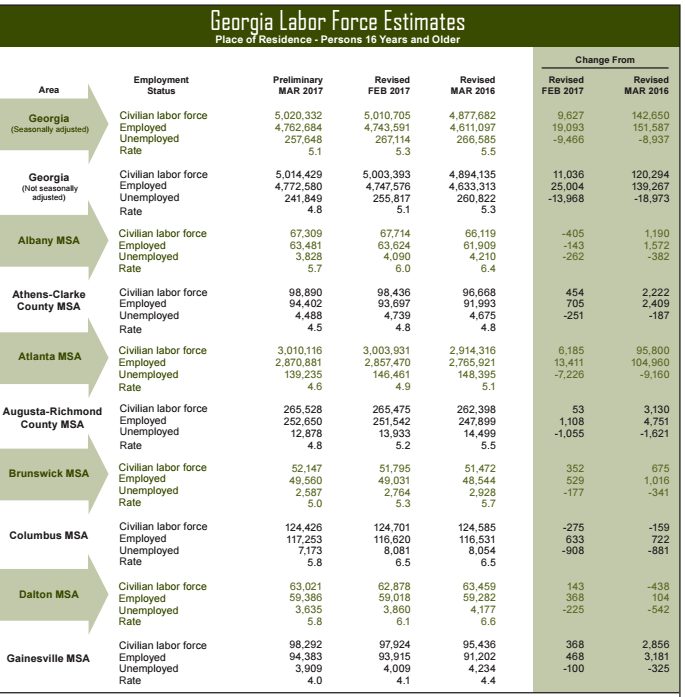