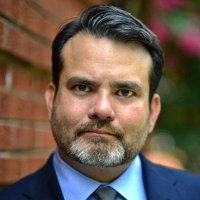 If you can’t win at the ballot box then it’s time to go after delegates. All eyes on delegates. The Republican National Committee held its spring meeting this past weekend in Hollywood, Florida. In years past the meeting was of little if any interest to the media, but not this year.

Media was present and ready to hear breaking news regarding the possibly of new RNC rules for a much anticipated contested convention. Nothing exciting to report; however during a meeting with the media, Paul Manafort (whom Donald Trump hired last month to oversee the campaign delegate-getting operation),  was recorded talking about the two Donald Trumps. The media made something out of nothing.  It appears the media couldn’t go to the meeting and come out empty handed.

My guest this morning  GaPundit Todd Rehm attended the meeting and was present when Manafort met with the media. Below is my must listen interview with Rehm. Rehm said the one big take away from the meeting was something heard several times, “At the national convention make a motion to suspend the rules.”  According to the current RNC rules John Kasich cannot be nominated from the floor; so instead of amending the rules just make a motion to suspend the rules and then let the fun begin.  One thing is for sure the RNC in Cleveland will be must see TV.