BLUE RIDGE, Ga. – The National Rifle Association (NRA) continues to unveil their endorsements for the upcoming May General Primary, and the latest announcement revealed their pick for the next Georgia Lieutenant Governor, Senator David Shafer. 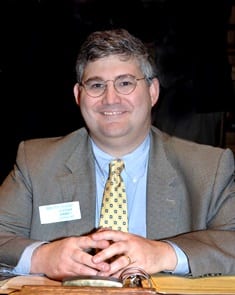 Shafer currently serves as a State Senator of the Georgia State Senate, a position he has held since first being elected in 2002. Shafer also holds the title of President Pro Tempore. He has had this designation since 2013 when his fellow Senators unanimously elected him to this position.

Shafer received a letter from the Chairman of the NRA’s Political Victory Fund Chris Cox. In this letter Cox noted Shafer’s work in Georgia in regards to protecting Second Amendment rights: “Nearly every Second Amendment bill in the last 16 years has had your name attached to it.”

“David Shafer is a voice for freedom and faithful friend to Georgia’s law abiding gun owners,” Cox said explaining the decision made by the NRA, “This endorsement is a reflection of his unwavering support for the Second Amendment.”

Shafer received the Defender of Freedom award from the NRA’s Institute for Legislative Action in 2013.

This award came after Shafer’s key role in passing Senate Bill 101 by an overwhelming majority in the Georgia Senate.

The bill essentially made what the NRA deemed as “several important changes to Georgia firearms laws”. Among these changes were increasing reciprocity for out-of-state concealed carry permit holders and preempting a ban on firearms in public housing giving residents the ability to defend themselves regardless of their economic stature.

Shafer has long held an A+ rating with the NRA Political Victory Fund and the NRA says of Shafer that he is “one of the nation’s strongest champions of the Second Amendment.”

“The framers of the Constitution intended for us to be able to defend ourselves,” Shafer said. “I am proud of my record fighting for the Second Amendment rights of every law abiding Georgian.”

The NRA’s endorsement is sure to pull some weight in the upcoming May General Primary. There are currently more than 100,000 active members of the NRA in the state of Georgia.