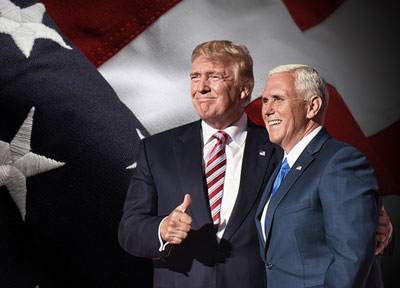 (New York, NY) August 19, 2016 – Donald J. Trump today released his first television ad of the general election, to begin airing immediately. The ad, entitled “Two Americas: Immigration,” illustrates one of many important contrasts between Mr. Trump and Hillary Clinton and highlights an issue, which has been a cornerstone of Mr. Trump’s candidacy, strongly resonating with millions of Americans over the last year.

The ad release further cements a very strong week for Mr. Trump and the campaign, in which he delivered a definitive message laying out his vision for defeating radical Islamic terrorism and restoring law and order in front of enthusiastic crowds, while also previewing next week’s campaign focus: ending the unfair practice of illegal immigration.

The new ad provides a stark comparison between Hillary Clinton’s reality in which Americans are victims of the rigged system in Washington that compromises our borders, jeopardizes our jobs, and flouts our laws, and Mr. Trump’s vision for our country in which we secure our borders and put American jobs and safety first.

The campaign will spend $4.8 million dollars to air this ad and more on television stations over the next 10 days in the battleground states of Ohio, Pennsylvania, North Carolina and Florida.

The system stays rigged against Americans.

Illegal immigrants convicted of committing crimes get to stay.

It’s more of the same, but worse.

Terrorists and dangerous criminals: kept out.

I’m Donald Trump, and I approve this message.