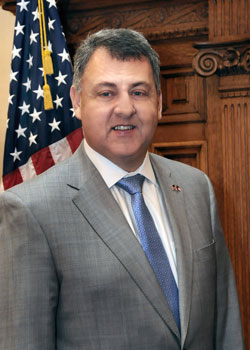 The Senate reconvened for week two after a day off in observance of Martin Luther King Jr. Day. This week was dedicated to Senate and House Appropriation Committee’s budget hearings. Governor Nathan Deal and Georgia’s various agencies outline their policy and budget proposals to the committee members. We also heard from several state economists who presented a positive outlook of Georgia’s economy. They echoed the Governor’s remarks that our state remains number one in the nation for business growth. We are at near full employment and our Rainy Day fund now exceeds $2 billion.

On Tuesday, Governor Deal elaborated on the budget plan he introduced last week in his State of the State Address. Among the governor’s recommendations for the Fiscal Year 2018 (FY18) general budget is a $2 billion allocation for transportation funding. These funds will go towards improving and upgrading aging aspects of our transportation infrastructure, such as road repaving, road expansions and bridge repairs. These upgrades will ensure that our state’s roadways remain safe and easily traversable for all those who travel in or around our state.

Education has been and will remain a top priority for us this year. Our graduation rates are at an all-time high and our test scores are outpacing the national average. In order to keep up with the growing demands of our public education system, Governor Deal has recommended an additional $133.2 million for enrollment growth and training, as well as $240 million in bond packages to fund the construction of new schools and school equipment. The HOPE scholarship remains an important pathway to higher education for so many of Georgia’s students and the governor has recommended an additional $49.3 million in order to ensure that pathway remains open.

In the coming weeks, we will begin to hold committee meetings in order to individually evaluate legislation. Your feedback is important to my work on your behalf, so please continue reaching out to discuss legislation with me. I take every phone call, email or office visit into consideration when casting my vote in the Senate chamber. Please do not hesitate to call or email me at any time. I am in office to serve you!