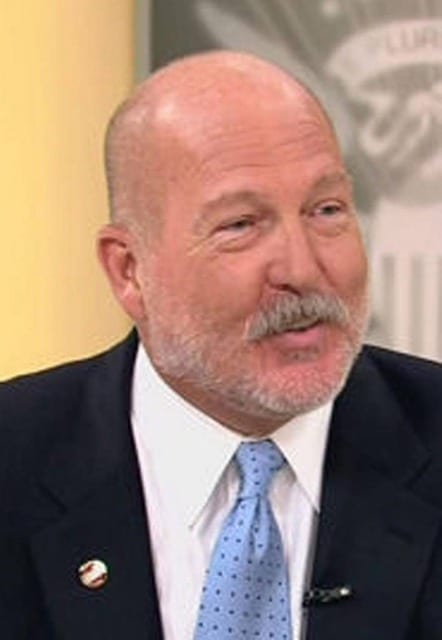 Authored by D.A. King, the below essay originally ran on the subscription
website, Insider Advantage Georgia and is reposted here with permission

$100 million annual revenue source should not be
ignored

Georgia voters should be asking why all concerned under the Gold Dome are
apparently ignoring a proven successful process that would create a new
revenue stream estimated to add about $100 million to the Georgia coffers
annually.

With current budget woes producing headlines like “Hundreds of jobs, programs,
would be slashed from Georgia budget” and reports that Gov. Kemp wants to cut
$300 million from the budget this year, $100 million in new annual revenue
seems like real money.

The new revenue stream would come without costing Georgia tax-filers a penny.
This writer originally reported here on legislation from Rep Jeff Jones (R –
Brunswick) in late 2016 that would mimic a working system in Oklahoma that has
added to that state’s budget since 2010.

“Rep. Jones has found a way to tap into the enormous amount of money that is
sent out of Georgia every year without going anywhere near the Georgia
economy – and the best news is that the majority of that money comes from drug
dealers and illegal aliens!

What is it? A small, 100% refundable fee on funds wired out of Georgia, that
taxpayers could easily recoup on their state tax returns. In simple terms, it goes
like this: Let’s say you wire $1000.00 to Aunt Martha in South Carolina to help
with her upcoming surgery. When you send the helpful payment out, the wire
service would add on a small extra fee  (around 2%) – which you would get back
when you file your tax return or a simple, short form explaining that you are not
required to file a return because of low income. The wire transfer agency would
be compensated for the collection effort.

The same fee would be added to the money that illegal drug dealers send out of
Georgia. The government of Mexico alone received about $25 billion American
dollars last year, mostly from its citizens living here in the good old USA. That is
more money than Mexico made on oil revenues.

Georgia has more illegal aliens than Arizona. (and many more than Oklahoma)

We don’t have figures on how many American dollars are sent out of Georgia by
drug dealers, but Atlanta is a known terminus for that insidious organized crime.
The income for the state in this genius plan comes from the fact that the huge
majority of illegal aliens and drug dealers do not file a tax return. Get it?” is what
we wrote more three years ago.

Repeat note to media skeptics: Everyone who files a state tax return or special
short form can get their fee back.

While Rep Jones has worked hard to accommodate stakeholders since 2016 and
polished and tweaked his revenue bill, the basics have not changed. According
to the anti-immigration enforcement Georgia Budget and Policy Institute, Georgia
is home to more illegal aliens than green card holders and the illicit drug
business is booming in the Peach State.

The original estimates of the revenue dollar amount have doubled since the bill
was written due to changes in the language.

One feature that has not changed is the wire transfer withholding would apply to
everyone who wired money out of Georgia, regardless of its final destination.
To illustrate the constant growth in revenue this idea has produced in Oklahoma
since it became law, we posted collections by year since it began here from the
Oklahoma Tax Commssion.

David North at the Center for Immigration Studies also wrote about Jones’ bill in
2016 and that write-up was sent to the AJC’s Jim Galloway that year. The
resulting excitedly inaccurate AJC coverage ran with the headline “First Trump-
era bill could slap a tax on cash sent to foreign homes.”

The AJC reported that the fully refundable wire transfer fee was a “tax” and that it
would only apply to foreigners sending money to their home countries. And they
didn’t seem to like the idea that it would affect illegal aliens.

We hope the governor and concerned, responsible House members will take a
hard look at Jones’ $100 million a year revenue bill for themselves – maybe even
give it a hearing. And maybe sign on as cosponsors. It’s HB532.
You read it here first. Again.