Kathy Inman is struggling after an illegal alien killed her only child and the death of her husband. 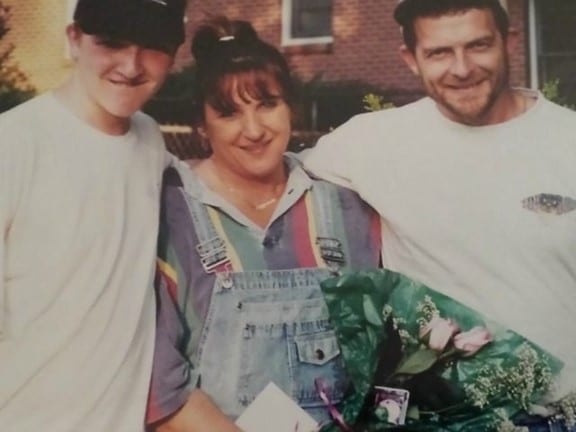 Life has been a nightmare for Woodstock’s Kathy Inman since an illegal alien separated her family forever on Father’s Day weekend, 2000.

While on their way to the North Georgia Mountains for a long-planned camping and fishing trip, a speeding car driven by an illegal alien crashed into their family vehicle in Ellijay, GA. When Billy and Kathy woke up from their comas weeks later, they were told their only child, Dustin Inman, had been killed in the crash. Dustin had been buried. They missed the funeral. 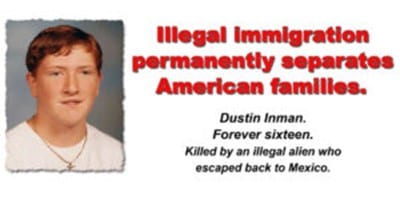 Kathy learned she would spend the rest of her life in a wheelchair because of the spinal and brain injuries incurred in the crash.

Related: Who was Dustin Inman?

The illegal alien driver escaped custody and is living in Mexico. He is wanted by ICE.

In dedication that amazed us all, Billy Inman, worked his job as a delivery driver and took care of Kathy in their home after the needless tragedy until his death at age fifty-five in 2019. Billy was immensely proud that he and Kathy were able to go to been invited to Washington D.C. and speak to Trump-era officials on behalf of other victims of illegal immigration. They were invited guests at the official launch of the Trump administration’s Victims of Immigration Crime Engagement Office (VOICE) in Washington, D.C. 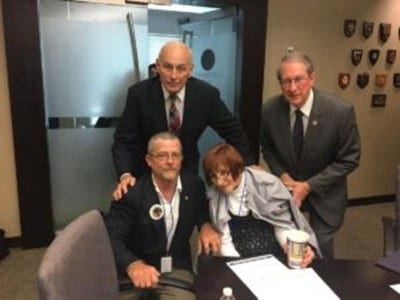 Kathy now requires care day and night to remain in her home. According to family members, she is nearly out of money to pay for the home care. Kathy is understandably horrified at the alternative to staying in her own home.

Kathy Inman’s sister Leigh Kelly has set up a ‘Gofundme’ account for people who are able to help Kathy stay at home.

Illegal aliens have an easier time with donations

We hear a lot in the news about the plight of victims of borders who are today’s protected class. We see the corporate-funded, anti-enforcement ad campaigns telling us “Families Belong Together.” A quick Goggle search shows a large number of GoFundMe accounts set up to benefit illegal aliens. Here is one that brought in  $774, 432 for illegal “migrants” who were separated from their families because of borders and immigration enforcement.

I am told Kathy’s care is costing nearly $10,000 a month. Her family will never be together again.

We don’t know if we can raise as much money for Kathy Inman as anti-borders liberals give to illegal aliens. But we are hoping that Americans who are able will contribute and/or pass on this plea to help Kathy Inman stay in her home in Woodstock, Georgia.

Americans are victims of illegal immigration too.