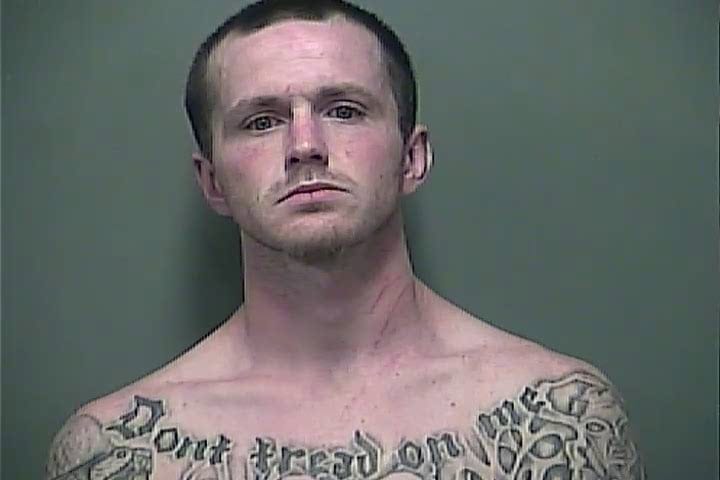 According to a White County Sheriff’s Office press release, deputies had been searching for Corey Franklin Cantrell for several weeks in connection with a burglary investigation.

While searching for Cantrell, the Sheriff’s Office received a report of a stolen vehicle in the Swiss Colony community, which is close to the Sautee Express. Deputies were already in the area when they spotted the stolen vehicle.

He then parked that vehicle at a nearby residence and stole a second vehicle. When he attempted to flee from the Swiss Colony community in the stolen truck, deputies deployed two sets of spike strips to disable the vehicle, stopping it at the entrance of the Sky Mountain subdivision and, after a brief pursuit on foot, Cantrell was taken into custody.

He is charged with burglary, two counts of theft by taking, fleeing and attempting to elude, obstruction, possession of methamphetamine, reckless driving, probation violation. The investigation is ongoing and additional charges are possible.

“Our deputies did an outstanding job,” said Sheriff Rick Kelley. “As a result of their determination, training, and experience they were able to safely take Cantrell into custody. Last night, our deputies exhibited their strong dedication in serving and protecting the citizens of White County. I couldn’t be more proud of them than I am today.”