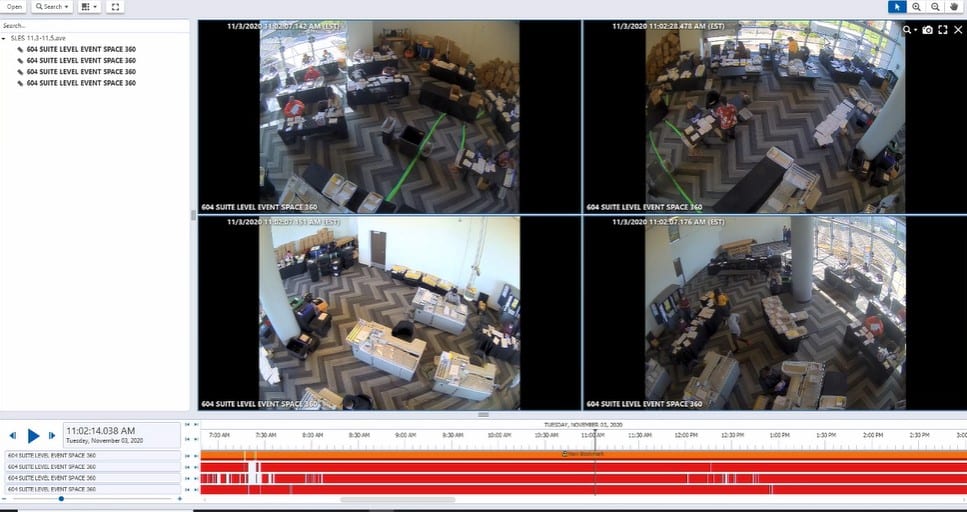 Pick shared the accounts of the two Republican poll watchers who were only allowed to observe from the media area. At around 10:30 p.m., a female Fulton employee announced to the room that they were halting the count until morning.

Once the majority left, the blonde woman and three other women began counting ballots again. A man is seen in the video as well. The blonde woman pulled containers full of ballots from beneath a table. The earlier footage shows poll workers taking similar ballot containers from a stacked pile in the back of the room. 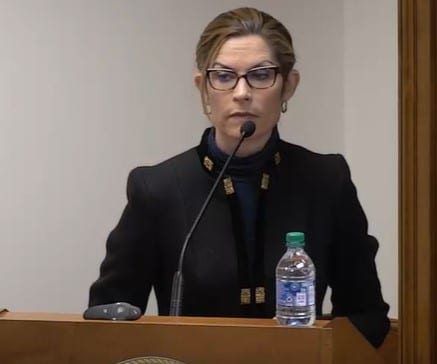 The Fulton election official in question moved the table into place at 8:22 a.m. It’s unclear when someone placed those ballots under the table or if the table was close to the stacks of containers. The security camera setup provided a disjointed view of the room. State Farm Arena owns the security cameras.

Senator Blake Tillery (R – Vidalia) asked in closing statements why it took a month to see this video and why they didn’t see it first from the Secretary of State’s office. He said the video is one thing he “can’t explain.”

They continued to count ballots until past 12:00 a.m. After 1:00 a.m., the Republican poll watchers returned and confirmed they missed approximately three hours of the vote tally process.

Pick couldn’t answer all the senators’ questions because the legal team hadn’t reviewed the tape in real-time. They just received it last night around 1 a.m. She said she would give the information to the senators at a later date.

Senator Elena Parent (D-Atlanta) strongly questioned Pick asking why the attorney brought up an alleged fraud that “had been debunked for weeks by the Secretary of State Office.”

No representatives from the Secretary of State’s office were in attendance to refute her claim.

At the end of the day, Parent stated that they identified the monitor as a young white man in a blue jacket present in the video. 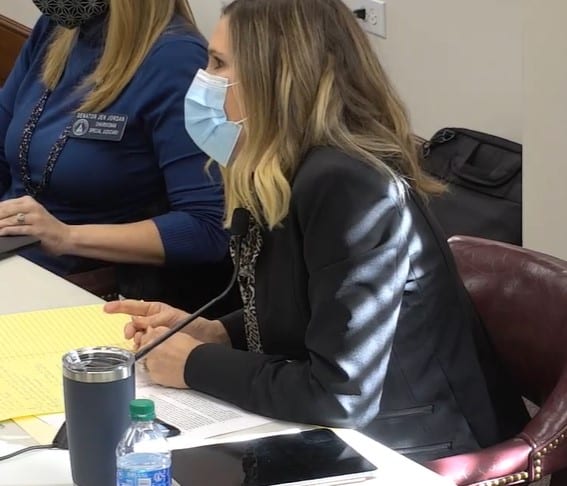 Fulton County officials and Commission Chairman Ronald Pitts addressed the Oversight Committee in the morning. They addressed the claims about vote tampering in State Farm Arena.

An election manager at State Farm Arena did direct some of the staff to leave at 10:30 p.m. Election Director Richard Barron said they could not go and must continue working. Some employees did leave at 10:30 p.m., and the observers left. The election official recounting the story didn’t witness the event.

She did say that a Secretary of State monitor remained in the room, and after it became clear that the vote count would continue, more monitors returned.

“There was no intentional misleading of anyone. There was nothing untoward that occurred, but some workers stayed some left. Some of the observers left, but a Secretary of State monitor stayed the entire time,” Fulton Director of External Affairs Jessica Corbitt-Dominguez said.

Chairman Pitts cleared up the water leak issue. The leak began at 6:07 a.m. and was fixed by 8:07 a.m. No ballots were damaged, and it occurred on a different floor.