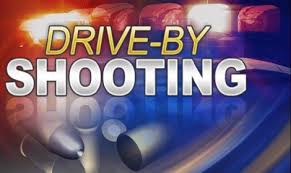 The Fannin County Sheriff’s Office and Georgia Bureau of Investigation are searching for a suspect or suspects in two drive by shootings that occurred at approximately 2am on August 5th in the north portion of Fannin County.

Kirby said his investigators are working along with GBI to develop leads and no arrests have been made at this time.   Investigators believe these shootings are not random but most likely related.

Anyone with information about the shootings is asked to contact the Fannin County Sheriff’s Office at 706.632.2044.