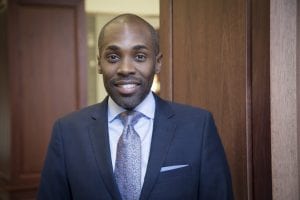 MLB, according to Dennard, cares more about politics and should have taken the time to talk to Governor Brian Kemp, Speaker of the House David Ralston, and elected officials on both sides. Instead, they spoke to Stacey Abrams and made a decision regarding the All-Star Game following that conversation.

The abrupt pulling of the All-Star Game from Truist Park cost business owners in the area an estimated $100 million. Denver, the new location of the game expects to rake in $190 million. Dennard called the money that will be flooding into Denver a real chance for long-term business growth, not a temporary stimulus.

He added MLB, Abrams, and Biden knew the move would hurt people, but continued ahead with it. Abrams has come out against the planned Georgia Boycotts, but sources are now reporting MLB decided to move the game after a call from the voting rights activist. She released a statement expressing disappointment over MLB’s decision on April 2.

Dennard stated that the actions of Democrats over the Georgia Law are nothing more than an attempt to pass H.R. 1 and federalize elections. The law’s already facing lawsuits from NAACP, New Georgia Project, African Methodist Episcopal Church, and others.

In an earlier interview, Speaker Ralston expressed his belief that SB 202 would hold up in court.

RNC’s involved in all the lawsuits and working with other state legislatures to pass their respective voting bills. GOP hopes to take back the House and Senate in 2022 with policy-centered arguments.