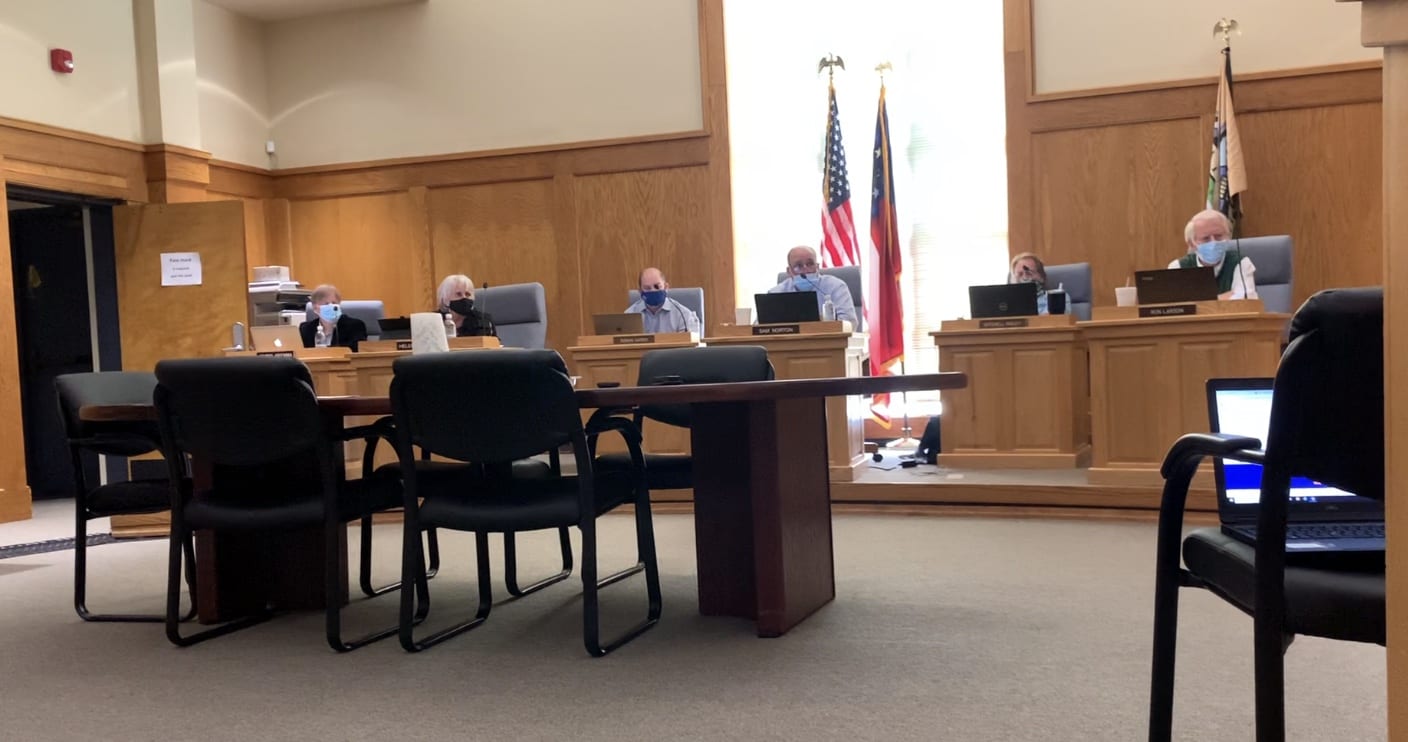 Dahlonega City Council met for their work session on Sept. 22 at 4 p.m. to discuss the future events to be held on the square. Due to the cancelation of the Gold Rush Festival, it leaves for question of other events such as trick-or-treating and the annual Old-Fashioned Christmas.

City Marshal Jeff Branyon expressed his concern for the lack of interest in being a police officer; with only two applicants.

“It’s a bit of a struggle these days to get people to want to be police officers,” Branyon said.

Branyon also said to council that he is looking into a couple of grant options for the department in anticipation for getting a new patrol vehicle.

Tourism was a major topic of conversation at the work session. Due to the pandemic, tourism has decreased a lot, but Tourism Direction Sam McDuffie said he is not alarmed by the low numbers.

Additionally, to increase tourism, McDuffie said they have been focused on completing their website and gaining traction on social media to increase the amount of tourism in the area. Mailings and visitor guides have increased as well, according to McDuffie, and it has given them more leads.

There were 11,000 people came through the visitor center, which is a 2,500-difference compared to 2019, according to McDuffie.

Since the pandemic started, impressions and traffic on social media have helped with tourism, McDuffie said. The visitors center is also now open seven days a week from 10-5 p.m.

Another tourism attraction that was discussed was dark light parks and the interest in light photography. The council all showed positive interest in moving it forward, with further discussion planned for the next meeting.

Norton said for the next meeting, they will cover more on their intentions for Halloween and whether or not they will be permitting trick-or-treating on the square.