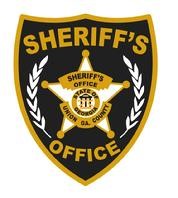 Blairsville, GA – On Thursday, June 22nd , 2017, 34 people were arrested and warrants were issued for 4 others. One of those ‘others’ has since been apprehended and arrested; but the three remaining are currently Union County’s Most Wanted because, according to UCSO Captain Chad Deyton and UCSO Sgt. Tyler Miller, they are the ringleaders.

Operation Ghost was launched via a tip from a neighboring county in October 2016 on a possible drug house. From that tip the investigation spread to Union County where through various techniques, more drug houses and more people involved were uncovered. Finally, on June 22nd, the hammer came down on what turned out to be a huge drug operation, culminating in 34 arrests and four warrants, two vehicle seizures, $16,000 in cash, a considerable amount of marijuana, four firearms (one stolen) and over 200 grams of methamphetamine with a street value more of than $20,000. At least eight of the people involved were charged under the (RICO) Racketeer Influenced and Corrupt Organizations Act.

According to Deyton, the origin of the drugs coming into Union County is still unknown. Miller said Christie Goode (aka Christie Blair) and Matthew Ryan Vaughn were the main traffickers of the drugs, bringing methamphetamine and heroin into Union County, then unloading it to 14 others who were selling it in the community. The 200+ grams of methamphetamine and $16,000 in cash were seized from Goode and Vaughn. Goode (Blair) age 40; Vaughn, age 29; Keelen Nix, age 26; Stephanie Goode, age 21; Timmy Hollis, age 36; William Wooten, age 23; Savannah Stanley, age 27; and Angela Patterson, age 41 were all charged with distribution and violation of the RICO Act. Also charged with distribution were Kayla Green, age 19; Jennifer Kanady, age 39; Serena Queen, age 18; and Darrick Brown, age 43.

Still at large as of this writing are Michael Edward Parker, James Keith Cordle and Bridgette Maria Banks. 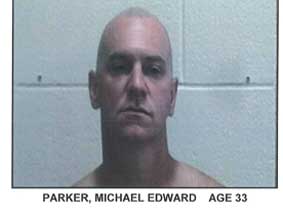 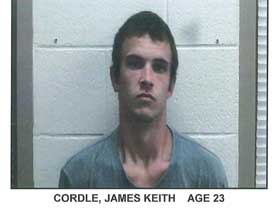 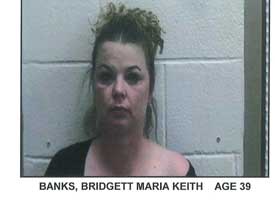 If anyone should see or might know the whereabouts of any of these persons, please contact the Union County Sheriff’s Office at (706) 439-6066 immediately.

Fetch Your News is a hyper local news outlet that covers Dawson, Lumpkin, White, Fannin, Gilmer, Pickens, Union, Towns and Murray counties as well as Cherokee County in N.C. If you would like to follow up-to-date local events in any of those counties, please visit us at www.fetchyournews.com