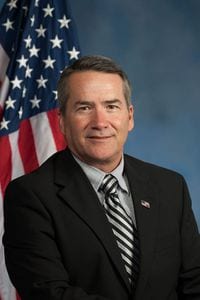 On Monday, Hice officially announced his candidacy and has been making his case ever since. He even earned former President Donald Trump’s endorsement shortly after his announcement.

Hice cited his work as the ranking member on House Oversight and Government Operations committees and trying to fight House Resolution One. The bill recently passed the House and moved to the Senate. The piece of legislation backed by Democrats addresses the voting process and voting rights. If passed, it would become the biggest overhaul in U.S. election law in a long time.

Congressman Hice claimed that the Democrats used the pandemic to change the way the country votes and mentioned how he urged Raffensperger to not mass mail ballot applications in Georgia. He blamed Raffensperger’s actions for leading to a” horrendous decaying of election integrity in Georgia.”

Hice added that the erosion of voter confidence led to the election of two Democrat Senators in Georgia. He stated that Georgia and the nation are “suffering because of the dismal performance by the Secretary of State.”

Raffensperger continues to stand by the 2020 election results and that the Secretary of State’s Office ran fair and honest elections. He leveled blame at Hice for spreading the election conspiracy and furthering voter mistrust.

Hice still believes that a thorough investigation would reverse the 2020 Presidential Election outcome and advocated for an unbiased audit of the Dominion voting machines.

Both Hice and David Belle Isle, Republican Secretary of State candidate, agreed that Dominion voting machines need to be investigated and Georgia should look into using different machines.