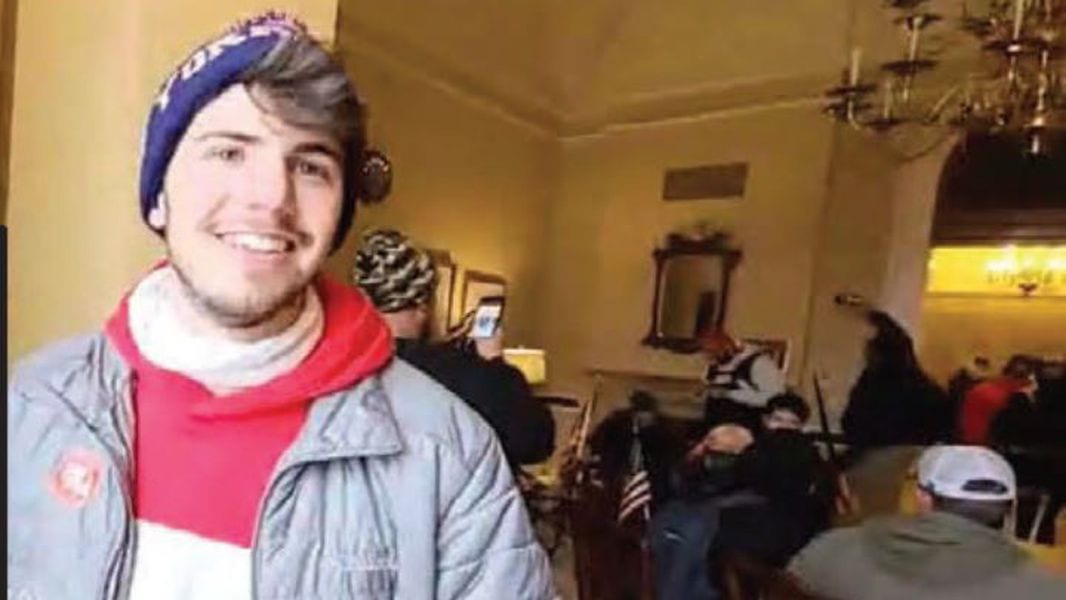 DAWSON COUNTY, Ga. – Federal authorities have arrested 22-year-old Benjamin Harry Torre of Dawsonville in connection with the riot that took place Jan. 6 at the Capitol Building in Washington D.C.

According to an affidavit filed in U.S. District Court for the District of Columbia, an anonymous tipster who claimed to know Torre identified photos taken inside the Capitol. When questioned by FBI agents, Torre admitted he entered the building through a broken window.

Torre told the agents that officers “helped them in the Capitol” in that they did not try to stop them. He told agents that a few minutes after he entered the building, “things got a little heated.” He claims he did not damage any property or engage in any violence.

Torre faces misdemeanor charges of entering and remaining in a restricted building and disorderly conduct on Capitol grounds.